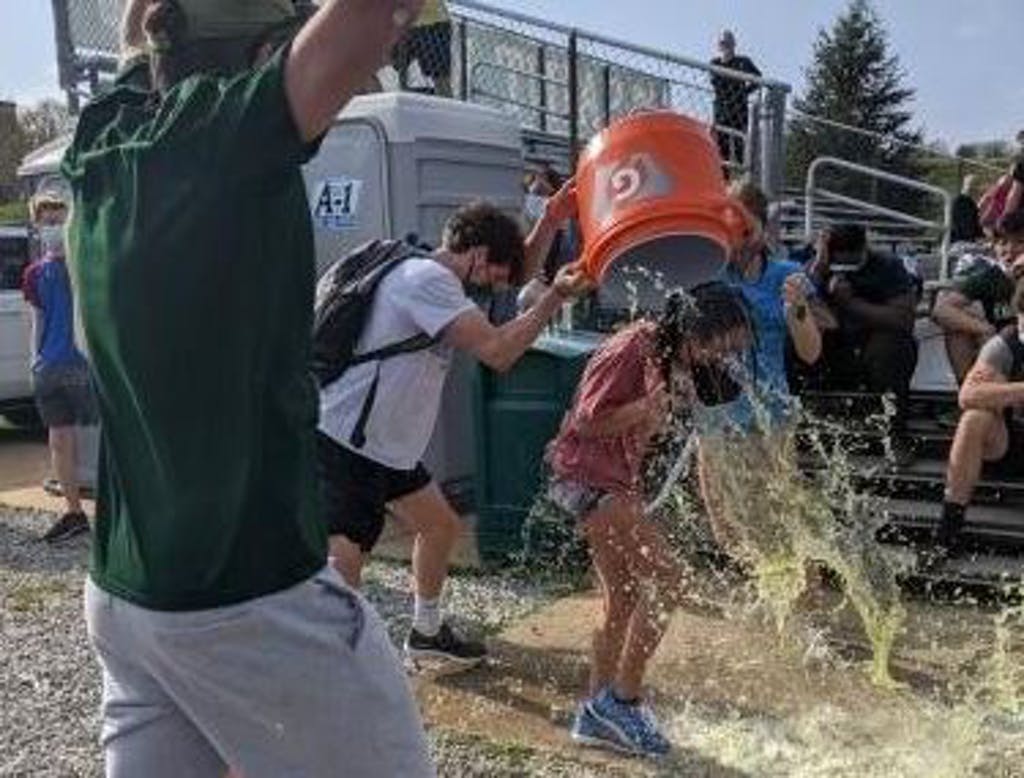 The St. Mark’s track teams dumps Gatorade on Tiffany Herrera after they find out she won award.

When Tiffany Herrera was on the back stretch with 200 meters to go, she saw Lydia Colasante just up ahead of her.

After second and third place finishes in the previous two years, Herrera wanted it bad this time around.

The St. Mark’s High junior dug deep and caught up to Colasante of Tatnall School to take first place in the DIAA Div. II cross country state championship meet at Killens Pond State Park by 11 seconds this past December. She finished in 18:51.20.

“When I was finishing and had about 200 left to go, Lydia was in front of me by a little bit but I knew I wanted it so bad and wanted to finally get first so I sprinted as hard as I could. It felt really good afterwards,” she said.

As a result of her stellar season, she has been named the Gatorade Delaware Girls Cross Country Player of the Year. Gatorade announced her as the winner in a press release April 8.

Each year Gatorade awards a “Player of the Year” award in each state across 12 different high school sports. The award highlights the student athlete’s athletic excellence, academic achievement, and exemplary character.

“To celebrate a state victory and then to be given a title like this now to kind of cap that whole season off is awesome,” said St. Mark’s cross country and track coach Michael DiGennaro. “She has really progressed.”

Naturally, her track & field teammates and coaches celebrated her latest accolade by dumping Gatorade on her prior to practice last week.

“I found out last week and it was so exciting,” Herrera said. “It was really funny, we were at practice and I thought I was getting interviewed for it but then they came up behind me and poured Gatorade on me. It was funny.”

“Really, those two girls — Tiffany and Lydia — they’ve battled the last two years head-to-head, so it was really two years in a row, at the exact same place, with the exact same distance left they were neck and neck,” DiGennaro said. “Last year Lydia got it, but this year Tiffany really accelerated that last little bit. She ran her last 200 lights out. It was fun to watch.”

Tiffany and her twin, Stephanie Herrera, stay busy during the school year. The twins run cross country in the fall, indoor track in the winter and track & field in the spring. The pair finished first and second in the 3,200-meter event at the DIAA indoor track championships at Dover High in March. 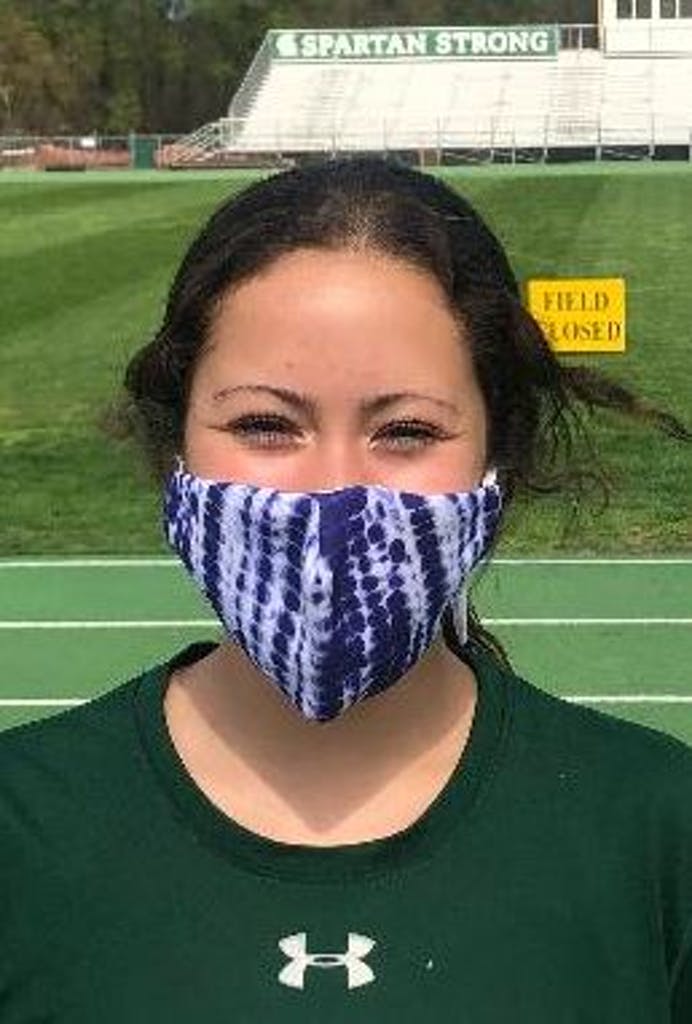 “When they finished 1-and-2 in the indoor state meet, I think Tiffany was more excited for Stephanie finishing second than she was when she won the cross country state title,” said DiGennaro.

“Stephanie has improved so, so much,” Herrera said of her sister. “In indoor track we finished 1-2 in the indoor two-mile event. We’re very competitive but it’s in a good sisterly way. She pushes me a lot to try to be better every day.”

Tiffany is a former volleyball player who started her track & field career in sixth grade and picked up cross country in eighth grade.

“I started running track in sixth grade and started cross country in eighth grade. My volleyball coaches were like, ‘hey look, you’re really fast, so you should probably just do track.’ I’m really happy I did it,” Herrera joked.

DiGennaro first met the twins when they were in eighth grade and he isn’t afraid to admit that he didn’t truly know what they were getting when the girls first started out with the program as freshmen.

“With her, we really didn’t know what we had when she came in,” he said. “I knew these two girls were coming to St. Mark’s to run, but I didn’t know what we had with them until really the first practice and the first week of the season I thought, ‘these girls have potential.’ It’s just been getting better and better. They’re great competitors, great friends, great teammates. They feed off each other and they’re really fun to watch.”

Herrera hopes to post a sub-18:00 and lead her Spartans to a team state title as a senior next fall.