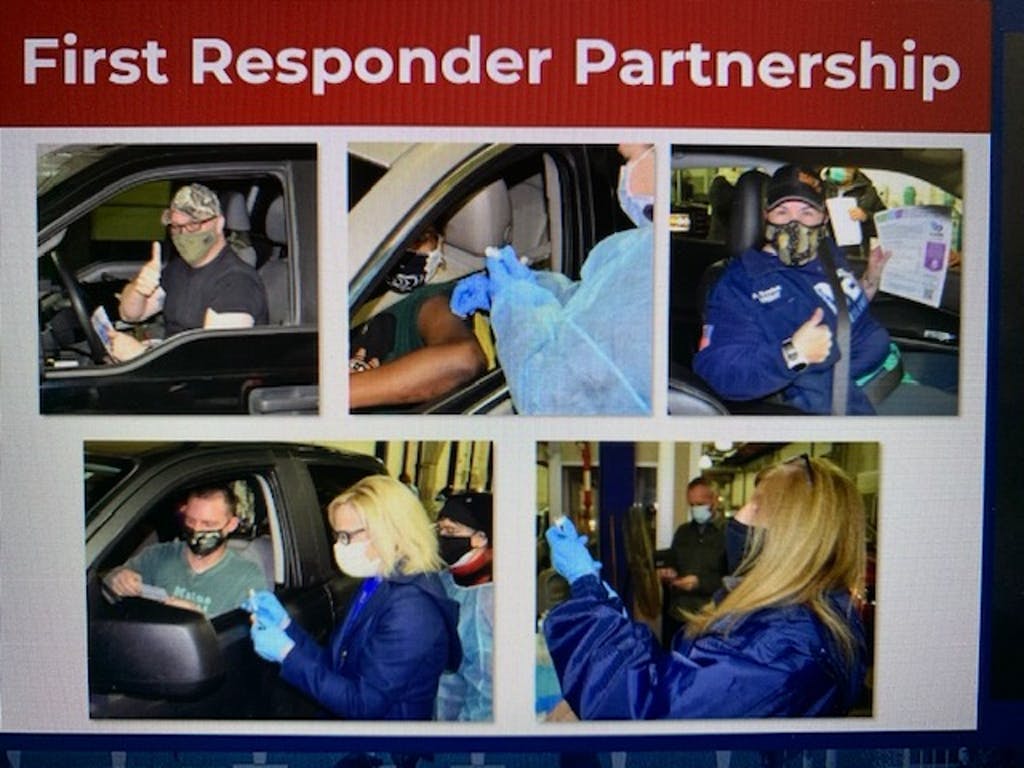 State officials cited several problems with Delaware’s vaccination plans Tuesday, including some reluctance among healthcare workers to be vaccinated and not being able to plan precisely because the state can’t be sure how much vaccine it’s getting.

Speaking during Gov. John Carney’s weekly COVID-19 press conference, he and Dr. Karyl Rattay, director of the Division of Public Health, talked about how the state is disseminating the virus, keeping some vaccine on hold for second doses and mass vaccination clinics held last week that were prototypes for future events.

Rattay says the state so far has vaccinated about 15,000 people out of the 70,000 planned to be vaccinated in the first part of phase 1, called 1A.

A little over 15,000 peoples have been vaccinated out of the 70,000 healthcare workers expected to be inoculated during 1A.

This data set is likely to be higher than what’s reported, because reports from hospitals and others lag roughly 48 hours, she said.

About 50,000 doses of vaccine have been delivered to Public Health and Delaware hospitals in the last few weeks. she said.

Over 10,000 doses of the vaccine is being set aside for the second round of vaccinations. which are to begin shortly.

One problem, Rattay said, was the arrival of the vaccine in December. Many people in 1A were reluctant to get vaccinated over the holidays.

“The holidays have made this a tough way to get started. Logistics are more complicated over the holidays. There’s some hesitancy from staff to take the vaccine over the holidays,” Rattay said, “but both we and the hospitals are confident that the acceleration of vaccination will increase significantly over the coming weeks.”

She said it’s harder for the state to plan because it’s getting less vaccine than it expected.

The state gets an initial estimate of vaccine quantities from the federal government.

“As we get closer to the time of delivery, we get the real number, which is usually just a few days before it is shipped,” Rattay said. “Every time for the most part it has either been the same or less than we’ve expected. We’ve seen less a few times.”

Rattay had hoped there would be weeks during which the state actually gets more than what they’re projected, or at least a stretch of weeks where they get the exact number of vaccine that was projected.

She praised two Dover events last week, which the health department calls “pods,” during which hundreds of healthcare workers were vaccinated in a drive-thru setting. Rattay pointed out that Lt. Gov. Bethany Hall-Long, a public health nurse, was among those vaccinating people.

These pod events were intended for EMS workers and phase 1A healthcare workers who don’t have the infrastructure at their workplace to be given vaccine there.

The remainder of the vaccine, roughly 15,000 doses, are being held by healthcare organizations that have been working to vaccinate their staff.

Rattay said 171 long-term care facilities have signed up for vaccination, and 10 have completed their clinic.

While the state intends to increase their vaccination numbers in the next few weeks, not everyone was enthused.

Jessica Scarane, who ran for U.S. Senate against Sen. Chris Coons last year, pointed out on twitter that the state needs to step it up.

“At our current pace,” Scarane tweeted, “it would take the state of Delaware 885 days to get one dose of vaccine to everyone.”

During the press conference, Dr. Karyl Rattay, director of the Division of Public Health, introduced two new parts of the state’s website. One will help people understand COVID-19 numbers better, and the other is a vaccine tracker that allows people to see how much the state has and where it’s being used.