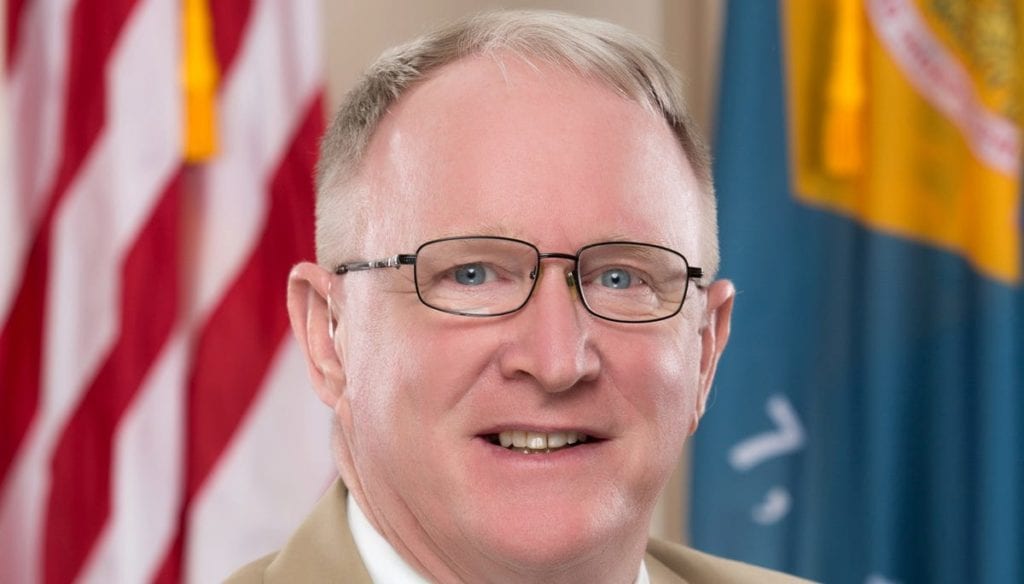 House Democratic leaders condemned one of their own Tuesday after an email was uncovered in which he joked about human sex trafficking and referred to women of Asian descent as “chink broads.”

Rep. Gerald Brady, D-Trolley Square, sent the message from his state email June 27 in response to a plea from an out-of-state advocate asking Brady to consider decriminalizing prostitution.

In the message to Brady, the advocate referenced a Princeton University study that demonstrated a decrease in sex-related crime in one New York City police precinct when strip-clubs exist in the area.

Neither the Princeton University study nor the original email sent to Brady made any reference to women of Asian descent.

House Republican leaders declined to comment on the situation.

M. Jane Brady, chairwoman of the Delaware Republican Party said she was “shocked and disappointed at the demeaning and offensive statement” made by Brady.

“It reflected an attitude objectifying women, which is unacceptable,” she said in a statement. “What’s even more disappointing is that this is the third time in a little over six months that a Democrat in the legislature has acted in an entirely inappropriate way. Perhaps they all should go to sensitivity training.”

Brady apologized for his actions in a written statement provided Tuesday to The News Journal, which broke the story.

“There is no excuse I can offer that explains my embarrassing and shameful words that insulted, stereotyped and dehumanized an entire culture while making light of a serious human rights crisis,” Brady said.

“Quite frankly, my words matter, both as a state legislator and as a person, and I deeply apologize for the inexcusable language I used. No one should use those terms or joke about a life-or-death situation like human trafficking – ever.”

Brady said that he hopes his mistake can “deter others from using similar language” and noted that he intends to reflect deeply on his words.

House Democratic leadership acknowledged his apology but said in a letter to Brady Tuesday that “words alone are not enough to properly address this situation.”

“We were shocked and disappointed to learn this week of your June 27 email to a private citizen wherein you used an anti-Asian slur and attempted to make a crass joke about human trafficking,” said the letter, which was signed by House speaker Pete Schwartzkopf, D-Rehoboth, majority leader Valerie Longhurst, D-Delaware City, and majority whip Larry Mitchell, D-Elsmere.

The Democratic leaders said rhetoric like Brady’s has led to an increase in anti-Asian violence.

“Our country has seen anti-Asian hatred grow exponentially during this past year, fueled by reckless political figures and talking heads who have spewed rhetoric and lies. Asian Americans have experienced increased verbal harassment and violence. The March 2021 killing of six Asian women in Atlanta was rooted in the same racism, sexism and misogyny as your email.”

The letter said that the caucus would be directing Brady to complete sensitivity training courses to help him “better understand and appreciate how deeply [his] words affect people.”

He was also advised to reach out to local Asian American organizations to “open a dialogue” about how he might be able to rebuild trust within the Asian American community.

The reprimand comes the day after Brady was celebrated for helping to pass a bill that will raise Delaware’s minimum wage to $15 an hour.

“Rep. Brady’s remarks were really unfortunate, but the good thing is at least he realized his mistake and he openly apologized for his mistake.” Gupta said. “It is a good sign that a senior lawmaker realized that he shouldn’t be doing this.”

Gupta said that has known Brady for “some time” and that his personal experience with Brady would not indicate that he holds anti-immigrant or anti-Asian sentiments.

“Brady has supported diversity, attended a lot of our events, and really supported the diverse community in Delaware,” Gupta said.

Gupta stressed that while he is “not at all encouraging this kind of language,” he trusted the sincerity of Brady’s apology.