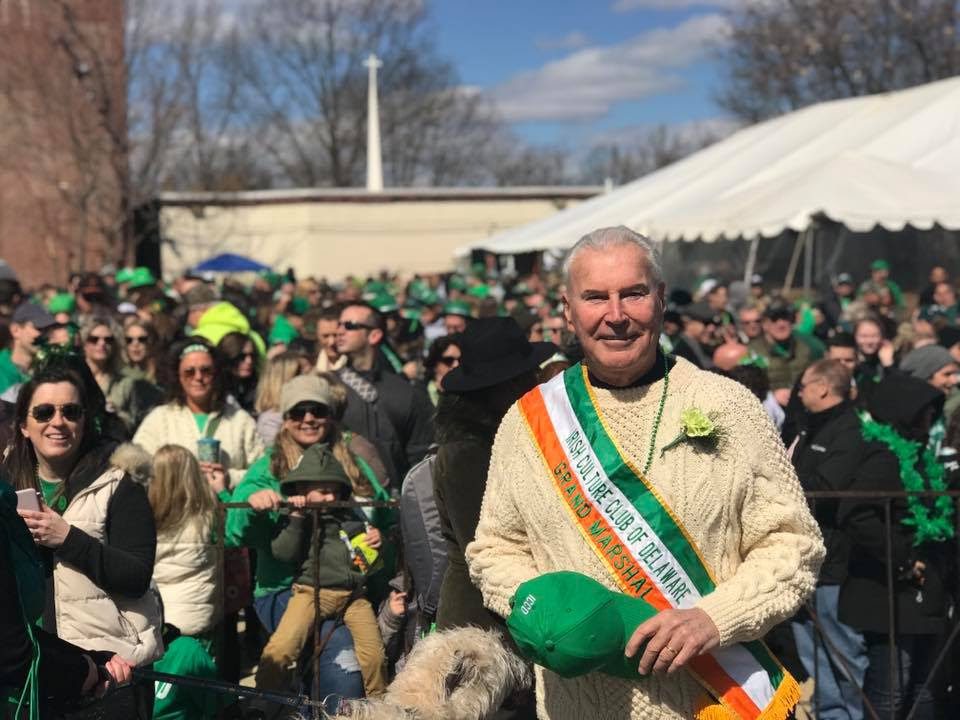 “The Irish have a long, proud history in Wilmington dating back centuries, and the community continues to thrive to this day,” said Wilmington Mayor Mike Purzycki.

“We’re eager to once again welcome families, neighbors, and friends from around the city, state, and region to our thriving Downtown district for the parade and party atmosphere,” he said. “And while here, please take time to patronize our many other local attractions and restaurants.”

The free, family-friendly parade kicks off at 4th and King Streets in downtown Wilmington beginning at 12 p.m. on Saturday.

Floats, marching bands, dancers and more will proceed up King Street, continue past the Parade Grandstand at Rodney Square and end near 14th Street where the Post-Parade Hooley will be held.

The Parade is expected to take about one hour and the Hooley will end no later than 3 p.m.

Alcohol and food will be sold at the Hooley along with the Irish Culture Club’s annual commemorative beer mugs.

Commemorative mugs cost $20 and come with unlimited refills until the beer runs dry.

Road closures associated with the event will begin at 11 a.m. and continue until about 4 p.m. 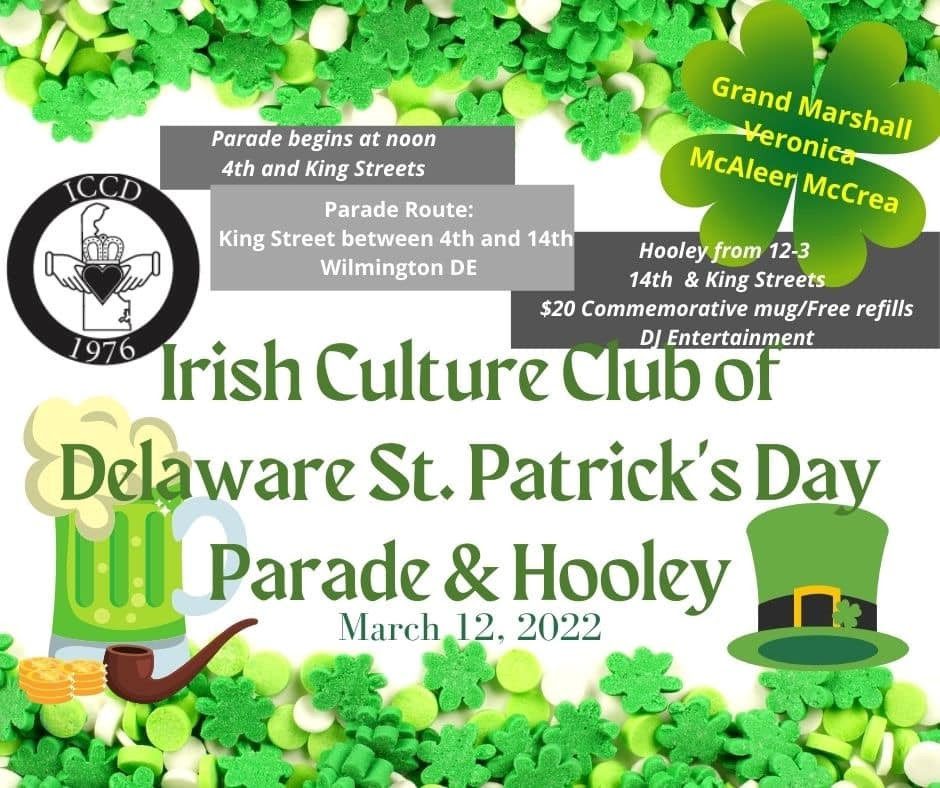 Roadway closures are as follows:

Parking is prohibited during the Parade on the following streets:

DART will be detouring buses around the Parade route. Check their website for more information.