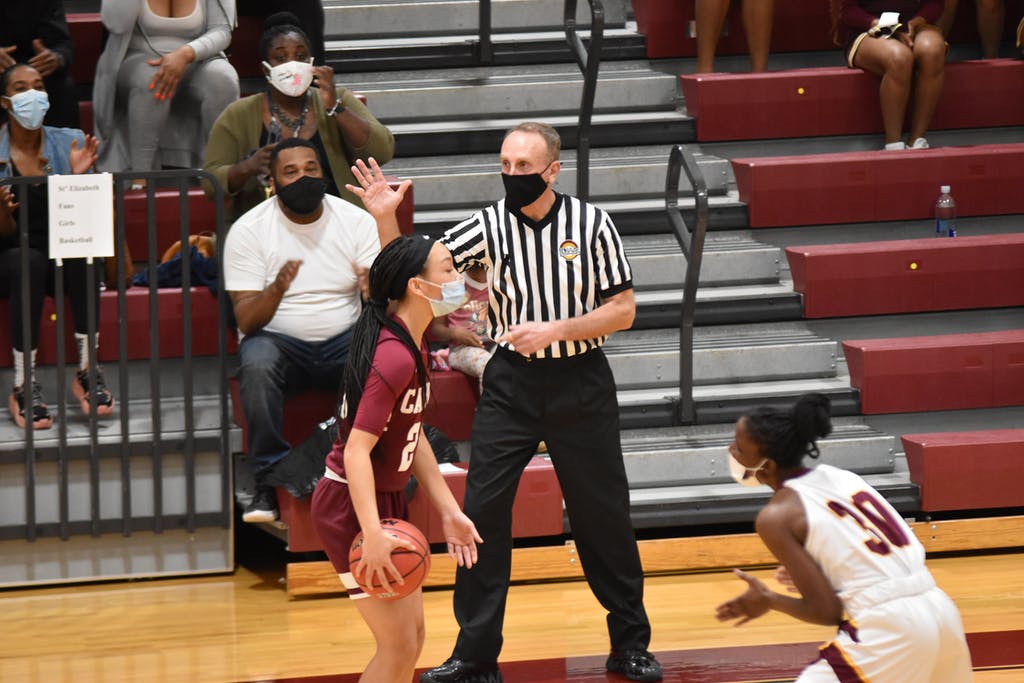 Olivia Lynch scored 15 points and helped mute the effectiveness of one of the state’s top scorers as St. Elizabeth, the top seed, defeated No. 4 Caravel, 56-25, on Wednesday night at the St. E Center.

The win sends the Vikings into the DIAA state championship game on Friday at 6:30 p.m. at Dover High School. The Vikings are in the final for the first time since 2014, while Sanford won it all in 2019.

Despite early shooting woes, the Vikings were able to build a 17-6 lead after a quarter. Olivia Lynch limited the Buccaneers’ top scorer, India Johnston, to a pair of free throws, and Caravel managed just one field goal in the first. St. Elizabeth heated up late in the quarter, getting three-pointers from Rory Ciszkowski and Ericka Huggins along the way. 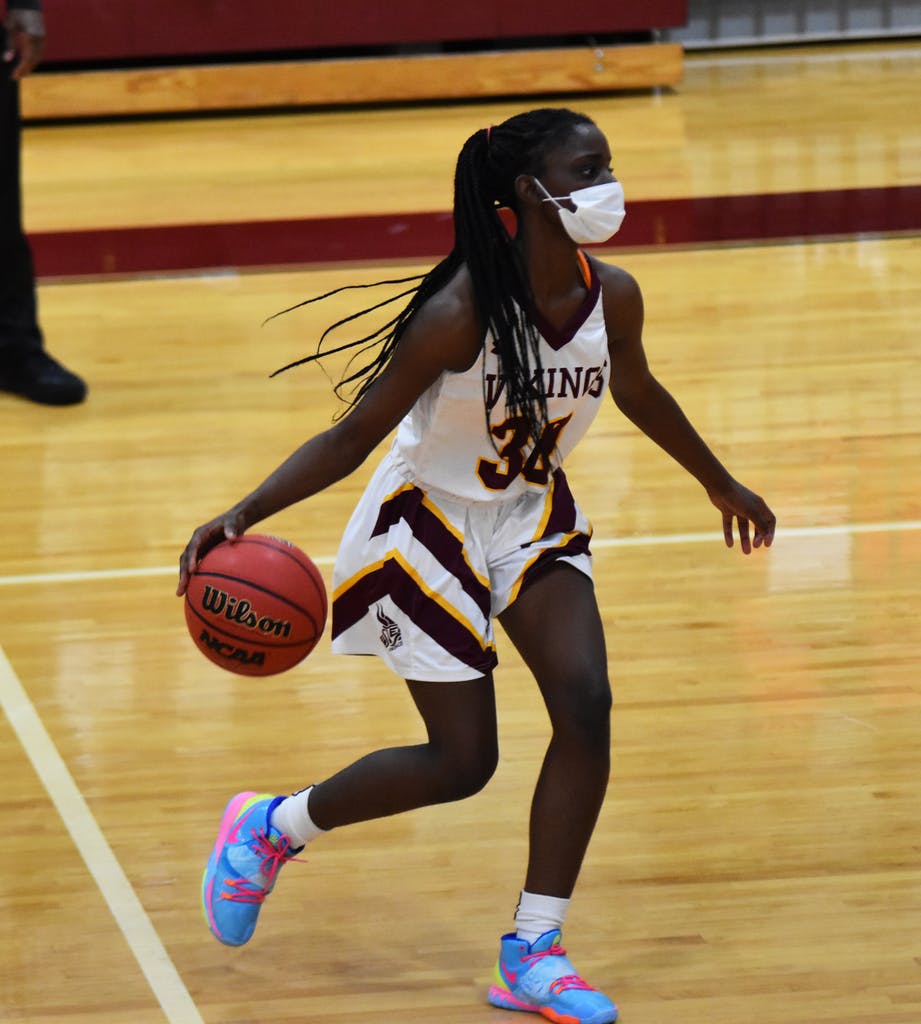 Olivia Lynch had 15 points to lead the Vikings

Lynch pushed the lead to 14 points at the beginning of the second quarter with her only first-half field goal, a three-pointer, but Caravel kept within striking distance. The Bucs’ aggressive offensive approach resulted in several trips to the free throw line, and Johnston made her first two field goals, including a triple. They trailed by 10 at the half.

Turnovers hurt St. Elizabeth in the first half, but they cleaned up their game in the second. The Vikings kept the ball away from the Bucs, and they grew their lead. Lynch scored on an and-1 to start the third, and a few minutes later Ciszkowski nailed a three off the glass to extend the lead to 37-21. Johnston scored in transition, and Taylor Wilkins added a bucket, but the visitors still trailed by a dozen heading into the fourth.

The final quarter belonged to the Vikings, however. Ericka Huggins started the offensive onslaught, turning a turnover into two points. She scored twice more during the fourth as the Vikings banged the ball inside consistently. Pulliam and Lynch both added a pair of field goals as the St. Elizabeth lead to its largest at 25.

Lynch had 15 points to lead four Vikings in double figures. Pulliam had 12, Huggins 11 and Ciszkowski 10 as St. Elizabeth improved to 13-0.

Johnston finished with 14 points and Wilkins had 8 points for the Buccaneers, who finished the year 10-6.