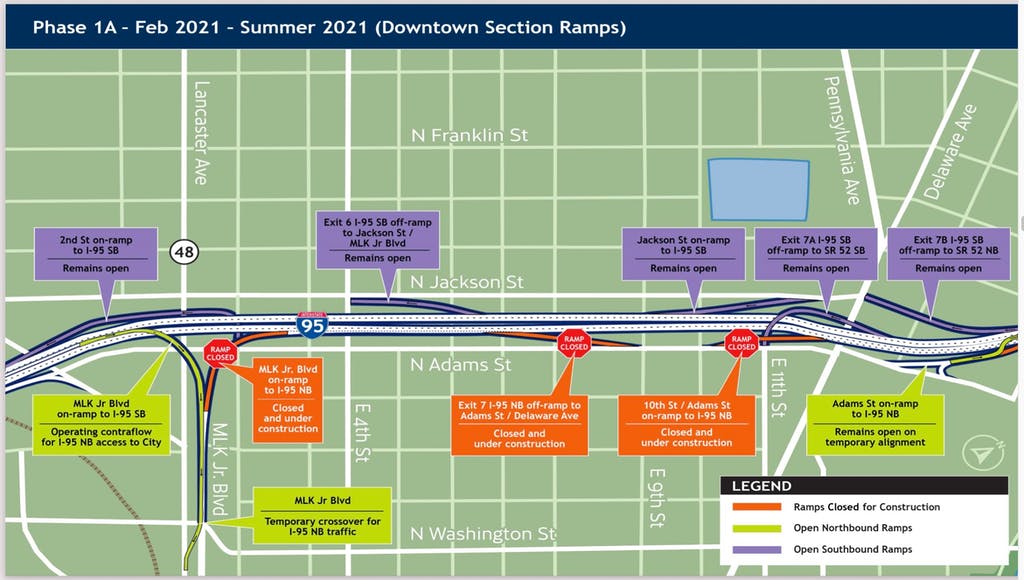 This map shows how traffic will be reversed on a ramp between I-95 and Martin Luther King Boulevard.

Most of the focus of the Delaware Department of Transportation’s Restore the Corridor project to renovate Interstate 95 is on the highway itself as it goes under and over Wilmington.

The $200 million project involves repairing 19 bridges and 11 ramps and replacing the top 2 inches of concrete on bridge decks.

Major construction starts in February, and the public will get an update Jan. 28 in a virtual meeting, accessed from Restore the Corridor.

Here are some aspects you might not know about. 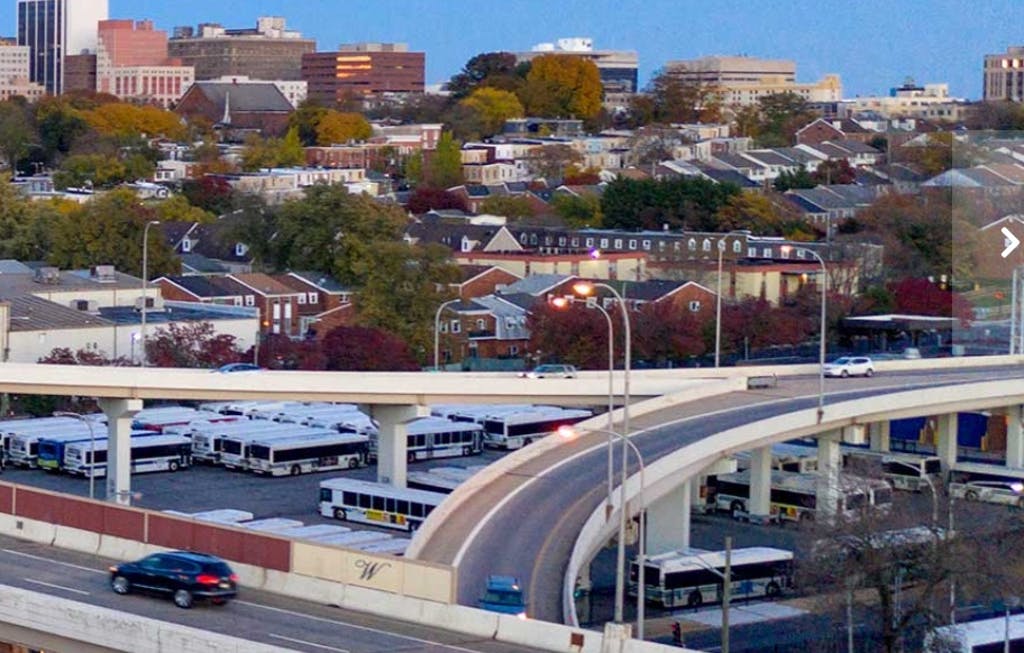 Traffic on one ramp will temporarily switch directions, a maneuver called contraflow.

Most drivers are familiar with contraflow traffic on roads, when construction (say) closes the northbound side of a road. Flaggers send traffic into a southbound lane, with southbound traffic in another lane or the shoulder. The two sides are separated by orange cones or concrete barriers.

Such contraflow traffic will be part of Restore the Corridor for two years along the three miles of I-95 in the middle of Wilmington.

And an entire ramp will go contraflow. In Phase 1A, the ramp that goes from Martin Luther King Jr. Boulevard to southbound I-95 will become a ramp from I-95 northbound to MLK.

The long ramp, which now is one-way westbound, will be reconfigured to allow for the eastbound traffic. That includes a temporary crossover at Justison Street and arranging for traffic lights for eastbound traffic.

The shoulder along parts of Route 202 north of Wilmington and parts of Route 13 south of the city have been turned into dedicated bus lanes. The work involved cutting out obstructions and trimming islands.

Free WiFi has been added to DART buses.

Both moves are intended to encourage commuters to switch from cars to mass transit.

Maryland Avenue on the southern edge of Wilmington has gone on a road diet. The concept involves reducing the lanes for motor vehicles and using the extra space for other modes of transportation, such as bicycles and buses. It’s another way to encourage people to switch from cars, said Don Weber, DelDOT’s assistant director of traffic.

A pause for utility work

Utilities were asked to advance or postpone maintenance and upgrade projects that would affect key surface streets, Weber said. Of course, emergency work could still cause issues.

An emergency response operation is being expanding from rush hours to more of the day. The limited access to the “cattle chute” of the interstate below grade in the center of Wilmington has spurred officials to create playbooks on how to handle crashes and other emergencies in specific areas at particular times during construction,

DelDOT alerted several key organizations about the project and will keep them informed along the way. They include Pennsylvania’s and Maryland’s transportation departments (which are responsible for the I-95 in their states), the Delaware River and Bay Authority (which owns the Delaware Memorial Bridge and the stretch of I-295 leading up to it) and the American Automobile Association (with all of its members, and a local office on the Wilmington Riverfront.

The most important message to them and their travelers: If you’re not going into Wilmington, take I-495.