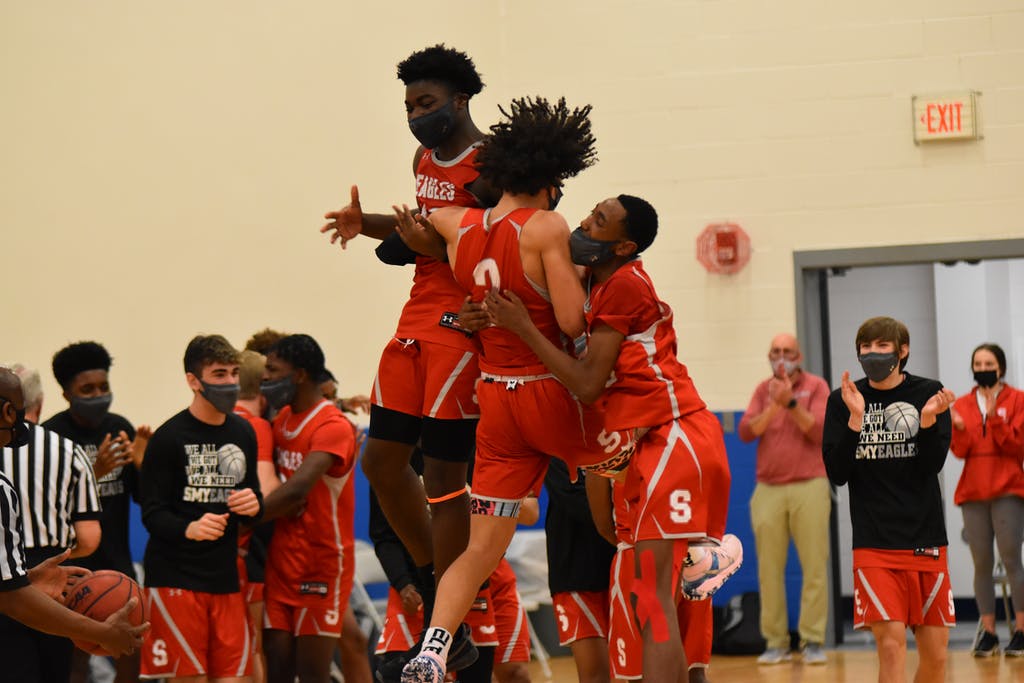 Smyrna advances to the Semi Final

The 6th seed Smyrna Eagles stayed unbeaten with a hard-fought 59-50 win at the 3rd seed Howard Wildcats tonight in Wilmington. Elijah Credle sat out most of the second quarter with early foul trouble and did not score in the first half, but he more than made up for that deficiency with 16 points in the second half to lead the Eagles into the Final Four.

Howard used a solid pressure defense & raced out to an 11-4 lead following a 3-point shot by sophomore Xavier Richards-Powell with 3:40 to go in the 1st quarter. Smyrna responded with two consecutive baskets from Devin Demoe, two free throws and a bucket by Moo Salako to take the lead at 12-11 with 2:05 left. The two teams traded baskets with Howard leading after a quarter 16-15. With Credle on the bench with 2 personal fouls, Howard led the entire second quarter and took a halftime lead of 27-22. 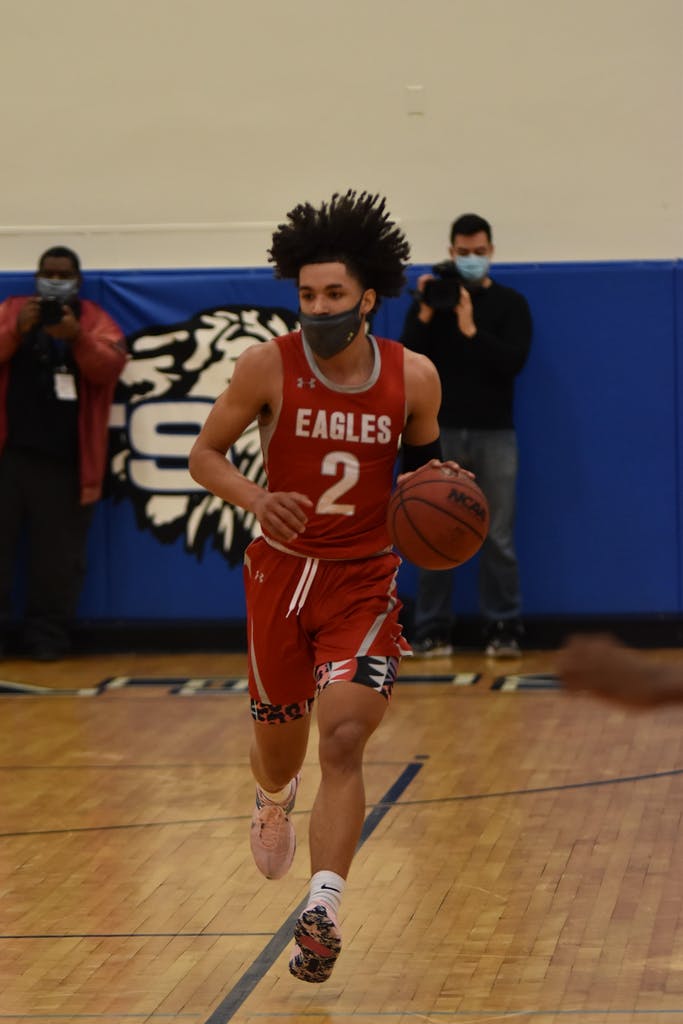 Howard extended its lead to 34-27 on a long-range basket from Rashaan Mathews just 90 seconds into the 3rd quarter then Credle went off, scoring 10 points in the quarter to bring the Eagles back out in front 36-35 with 3:10 to go in the third. Smyrna took a two point lead (42-40) in the final eight minutes with a 3-point shot by Demoe & free-throws from Salako.

The 4th quarter started with Credle driving thru the paint and making a layup for a 4-point advantage but Antonio Randall answered with his second basket beyond the arc to make it 44-43. That would be as close as the Wildcats would get the rest of the game as Demoe scored on a layup followed by Majesti Carter’s 3-pointer and the Eagles would keep Howard at arm’s length as their lead fluctuated from 4-to-6 points until the Wildcats were forced to foul at the end.

Smyrna takes an 18-0 record into the final four and will travel back to Wilmington Thursday night to face the #2 seed Salesianum Sals who advanced with a 61-47 win over Tatnall. 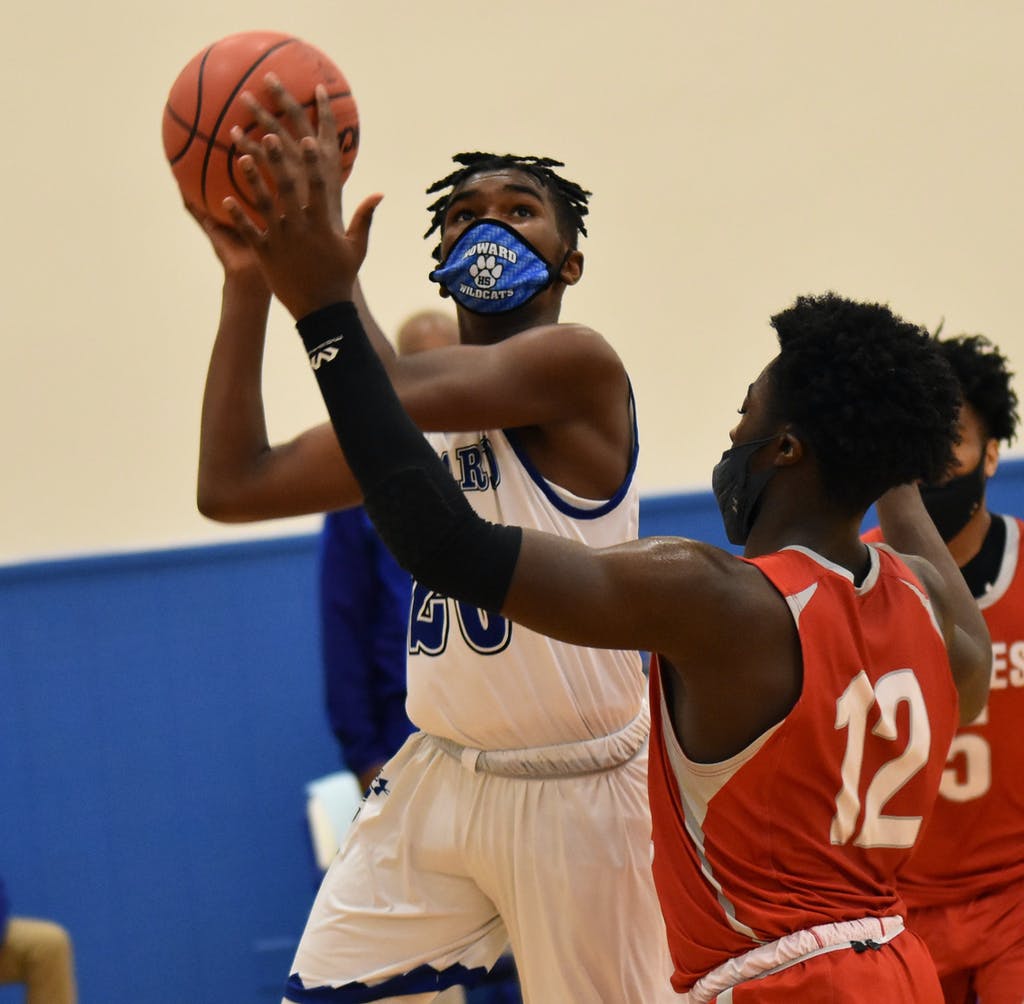 The 6th seeded Eagles were led by Credle with 16 points, Salako had a double-double with 13 points & 12 rebounds (10 coming in the 2nd half), while Demoe chipped in with 12 points. Howard displayed balanced scoring with Mathews getting 15, Jashir Gloster added 12, and Antonio Randell had 8.