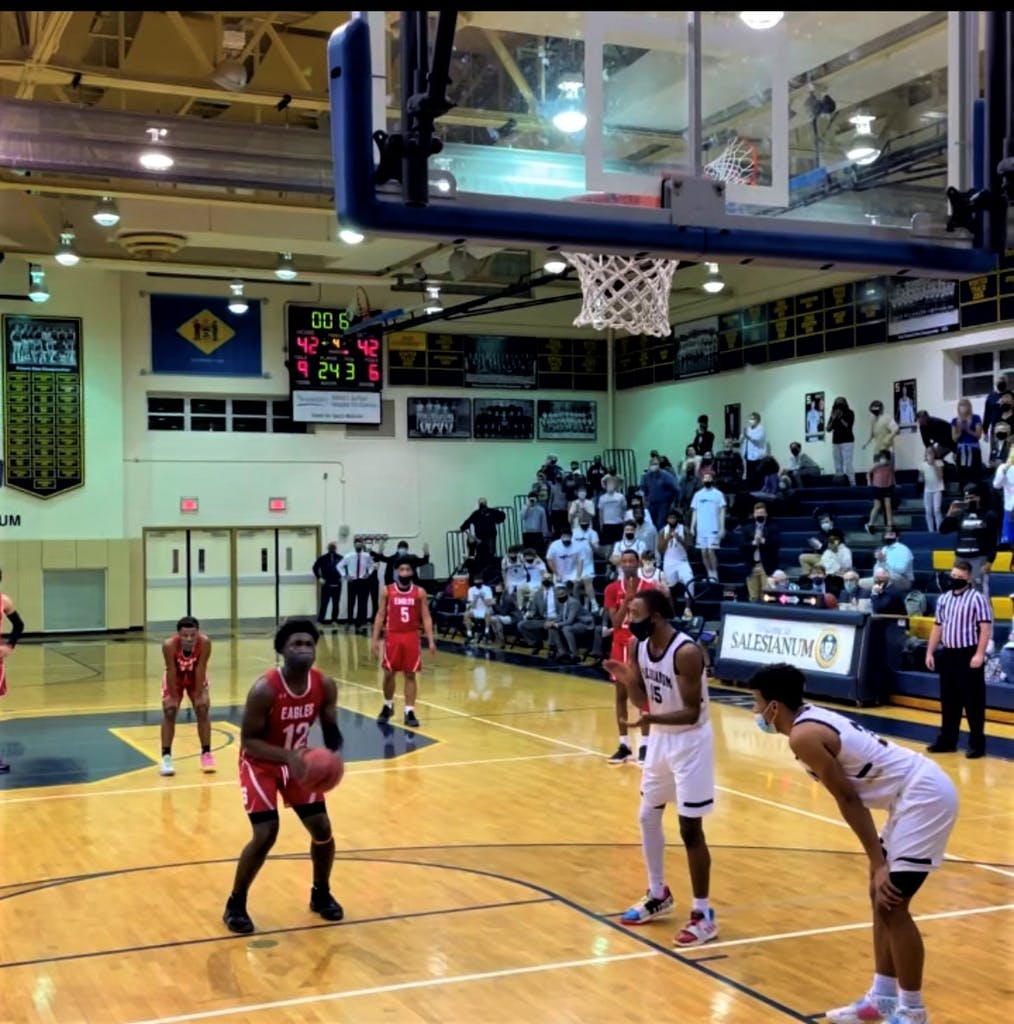 Smyrna big man Moo Salako scored just four points in Smyrna’s DIAA basketball semifinal against Salesianum on Thursday night, but the last one stands out. Salako’s free throw with six-tenths of a second remaining lifted the Eagles to a 43-42 victory and a berth in the state championship game on Saturday afternoon at Dover High School.

Prior to that, the second-seeded Sals had ridden a strong fourth quarter to overcome a seven-point deficit after three and briefly take a three-point lead at 40-37 on two Ethan Hinds free throws. The Eagles, seeded sixth, trailed, 40-39, when Majesti Carter drained a contested three-pointer from the corner with 42 seconds remaining to flip the lead back to Smyrna.

The Sals missed their first shot at a tie, but the rebound went out of bounds off an Eagles player. They held the ball until Justin Molen was fouled heading to the hoop with 9.5 to go. He made both free throws to tie the score. Smyrna missed a shot, and in the scramble under the hoop for the loose ball, a foul was called on the Sals, and Salako was ruled to have been in the act of shooting. He missed the first, but his second was true. A desperation shot by the Sals was short, and the Eagles celebrated.

The first half basically belonged to the Eagles, who came out firing, stunning the crowd at Salesianum’s Father Birkenheuer Gymnasium. Elisha Gregory scored seven of the Eagles’ nine first-quarter points, while the Sals battled the turnover bug. The home team managed just two field goals and trailed by five after one. 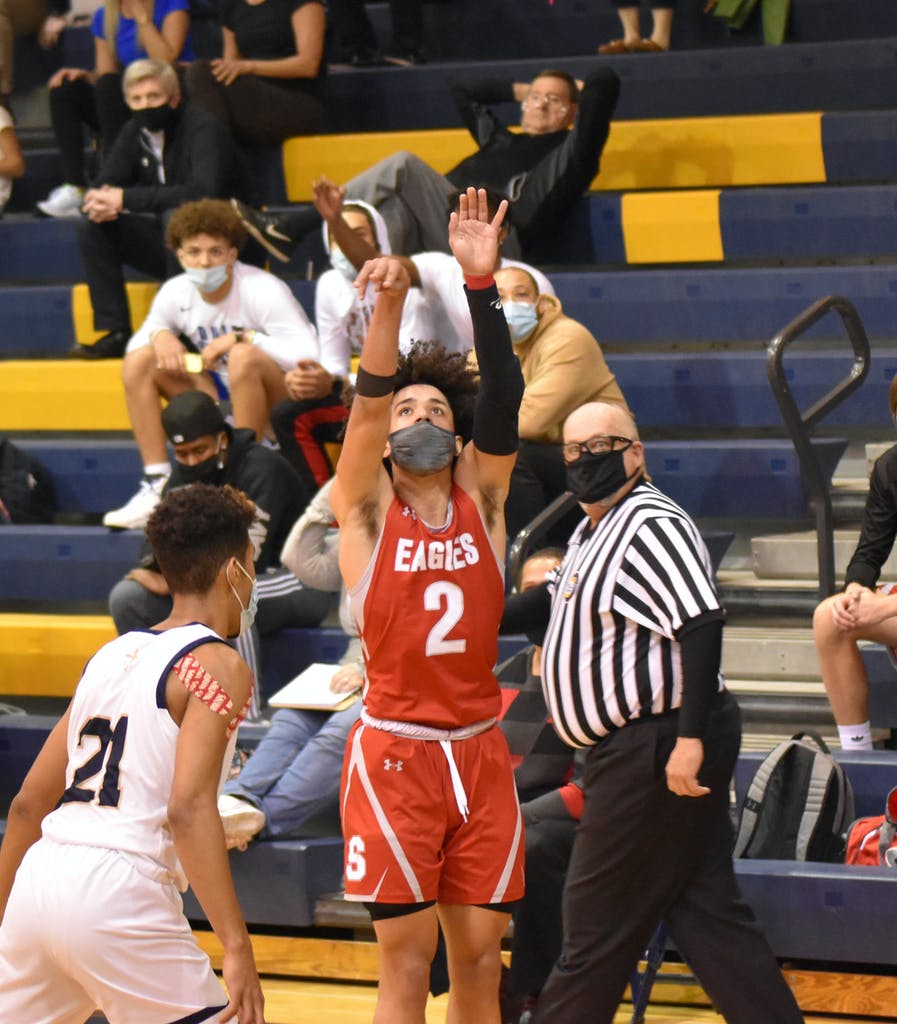 Elijah Credle heated up in the second for Smyrna. He scored seven points, including a three-pointer, one of three for the Eagles in the quarter. Salako had one of the other two. Five players scored for the Sals in the second, but the found themselves behind by 10 at the half.

Molen brought the Sals back into the game in the third, beginning with a three-pointer. The Sals climbed back to within four at 26-22, but the Eagles responded with five quick points on a two-pointer by Gregory, followed by a Credle triple. The Eagles’ lead was seven after the third.

Molen continued with the hot hand as the fourth progressed and the Sals continued their comeback. Brett O’Hara tied the game at 36 on a layup, and the fans on hand made it seem like the place was as packed as in normal times. After Robert Wiley untied the game with a free throw for the Eagles, Rasheen Caulk gave Salesianum its first lead with three minutes remaining. But Carter, then Salako, proved to be the difference in the end.

Molen finished with 21 points, the lone Salesianum player in double figures. The Sals finished the season 12-4.

For the Eagles, Gregory and Credle each scored 13. Smyrna takes a 19-0 record into its championship game with Sanford. The Eagles won the title in 2017, while the Warriors were the champions in 2019.