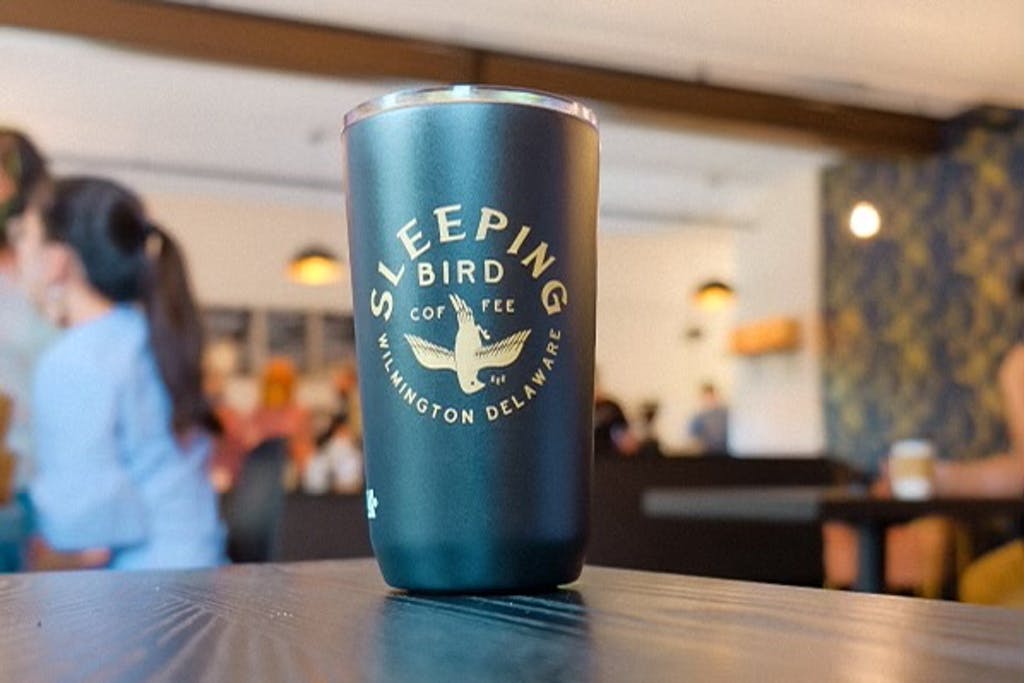 Once upon a time, two enterprising young adults decided to get into the food truck business.

Leigh Ann Tona was still a University of Delaware senior when she purchased a wooden food cart and started I Don’t Give a Fork.

In 2016, Zach DeLong, who grew up in Marriottsville, Maryland, turned an ice cream truck into a gourmet coffee shop on wheels.

At festivals and events, Scission often pulled up near I Don’t Give A Fork. Sparks flew between the owners, and the entrepreneurs recently got engaged.

“Free coffee 4 life,” Tona posted on Facebook as she flashed her ring. 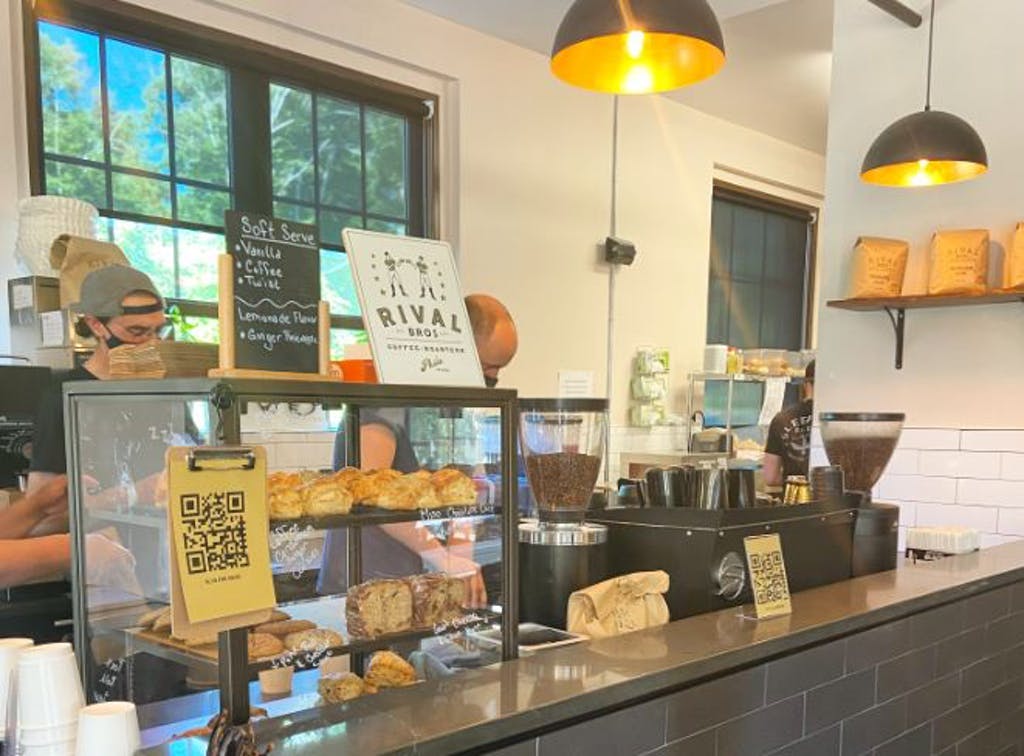 Although the name sounds lyrical — as though written by a poet — the inspiration was the dead bird that the couple spotted when they first inspected the unused space.

“We said it was ‘sleeping,’” DeLong said.

That was in 2020. The opening was delayed due to construction and shipment issues.

During the pause, the owners reconsidered their original interior decor, which had included shelves filled with books and games.

Given the pandemic, they wanted fewer items to clean, and they realized many customers would rather grab their cup of Joe and go.

Meanwhile, DeLong parked Scission outside the shop to build a fan base.

“When they’d have the truck in the lot on the weekends, the lines would usually be 12 people deep at 9 a.m.,” said Amy Bish, who lives in the area. (The truck now has the shop’s name).

The Bluebird is a riff on I Don’t Give a Fork’s Jive Turkey BLT.

“It was always really popular, but we’ve turned it up a little bit — everything’s fancier,” Tona said. The sandwich now has parmesan-peppercorn mayo.

It didn’t take long for barista baron Greg Vogeley of Drip Café to check out Sleeping Bird Coffee. He gives it a thumbs up.

The shop is open Tuesday through Friday, 7 a.m. to 3 p.m., and 8 a.m. to 3 p.m. on weekends. Those hours might change since the shop has a soft-serve ice cream machine.

“I want to utilize that in the evenings, at some point,” Tona says.

She sold I Don’t Give A Fork to Mike Stanley of Burgers by WiLDWiCH. After years of operating the truck, she was tired of being too hot, too cold or on the road to Restaurant Depot.

Besides, young people are supposed to explore new careers, she said.

“I wanted a home base, and I always said I wouldn’t open up another business without a partner,” Tona said. “So, this all fits into what I want going forward.”