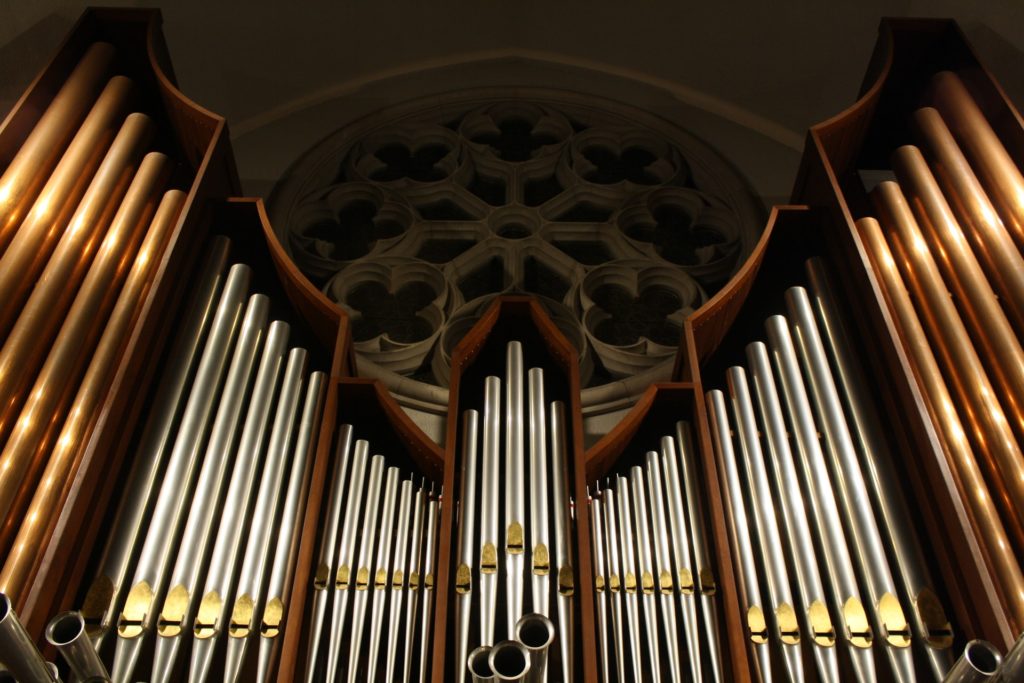 Concert organist Nicole Keller said the largest organ she ever played was the 17,000-pipe Passau organ. Photo by Eric Mot/Unsplash

Nicole Keller’s mother played the organ. So did her grandmother.

“So, of course, I never wanted to touch the instrument for the longest time,” said Keller.

With a father who was a minister in African Methodist Episcopal Church and a mom who played the organ at several churches, she grew up steeped in the music.

Then, after her junior year of high school, the Berwyn, Pennsylvania native spent a summer in Venezuela. She returned missing the music she loved.

She began playing the piano again and decided to study music at the Baldwin Wallace Conservatory of Music in Berea, Ohio, majoring in piano and minoring in organ. She went on to earn a master’s in organ performance at the Eastman School of Music in Rochester, New York.

Today, Keller’s one of the few Black female concert organists, and she’ll be in Delaware Sunday, April 24, pulling out all the stops when she performs at 3 p.m. at the Episcopal Church of Sts. Andrew and Matthew in Wilmington. 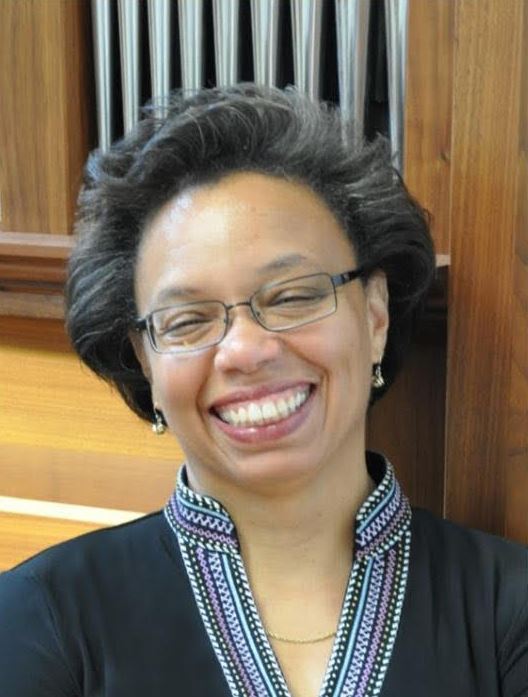 The performance, which has a suggested free-will offering of $20, will feature music by Bach, César Franck, Florence Price and Anne Wilson. The concert also will be livestreamed from the church website.

Learning organ in college was demanding, she said.

Unlike pianists, who contend with a keyboard and a set of pedals, organists must master as many as five keyboards while managing the stops. They are buttons or knobs that control the flow of air to the pipes to create layers of sound. At the same time, organists also deal with more foot pedals — which generally add the bass notes — than a pianist and often must move their feet quickly up or down or to the extreme left or right.

Some organs also have space pads or mechanical action pads that are linked directly to the pipes.

“So I’m literally pulling open the pallet to open up the sound underneath,” she said. “You are actually physically opening up every single pipe every time you play, which is a cool feeling as well.”

Keller, and other organists, wear special organ shoes. They look like Mary Janes, but the soles and heels are made from flexible felt, allowing her to play with a single toe, or with her heel.

Ultimately, that means that Keller is unlikely to walk out on stage in a frilly, glittery formal gown like most other concert soloists. All that material pooling around her legs and feet can really get in the way, she said.

“I tend to be more practical in that,” she said.

With so many Black women who play organ for their own churches and organizations, Keller said she’s not sure why she’s one of only a few Black organ female concert performers.

Another — Joyce Johnson of Spelman College in Atlanta — taught for decades there and was known for playing while 20,000 people filed past the body of Martin Luther King Jr. as it lay in state for 48 hours at Spelman’s Sister’s Chapel after his assassination.

Keller hopes to help guide more Black women into the field starting this fall when she begins a new job at the School of Music, Theatre and Dance at the University of Michigan.

While Keller never had to worry about hauling her instrument around in college, and doesn’t ever have to worry about, say, checking her antique cello for a flight, she has to contend with the great variety of organs she plays.

No two are the same, from the size, shape, arrangement of keys, pedals and stops. That means Keller spends a lot of time becoming familiar with the instrument before performing.

She will be playing on SSAM’s recently refurbished Kathrine Esterly Organ, which has 2,477 pipes, created by combining pipes from three church organs.

Keller was already practicing on the organ at 9:30 a.m. Friday and said she would practice all day Friday and Saturday to be ready for the Sunday performance.

“It’s a lovely room, a very warm room,” she said. “The pipes are a little bit farther away from the organ console than I expected, but so far it’s been really lovely and it’s responding the way that I expect it to respond to the things that I asked it to do. I’m able to fairly quickly find some really beautiful colors that I can build ensembles around.”

The largest organ she’s ever played is the Passau organ in the stunning St. Stephen’s Cathedral in Passau, Germany.

It has 17,974 pipes and 233 registers and is said to be the largest Catholic Church organ in the world and the largest organ in Europe.

While her console was in one place, the bulk of the organ was in the back of the church, about one and one-half city blocks from the choir organ at the front of the cathedral. Other parts were a half block away.

“You know, you’re controlling all that from this massive console that really looks like it’s the cockpit of a plane,” Keller said. “It was really a lot of fun, and it was a bit daunting. You know, you never have enough time, especially when you’re in Europe, to practice on these giant instruments as you would like.”

She does have a bucket list of organs she’d like to play. One is the new organ at Christ Church in Philadelphia, which she hopes to have an opportunity to play soon.

Keller said organists can’t quite sneak into churches and start playing because the consoles generally are locked up. But she’s found that most churches welcome people to play them, partly to keep them in good working order, as long as the time doesn’t interfere with church services.

The soloist said she generally has two different kinds of programs planned for performances each year, with the program chosen to match the organ’s capabilities.

She continues to learn new music and change those programs because otherwise, she said, she’d be bored and the programs stale.

“I suppose it’s a lifetime goal to be able to play as much as humanly possible, but we’re only human,” she said. “We can only play so much at once. So we have to pick and choose.”