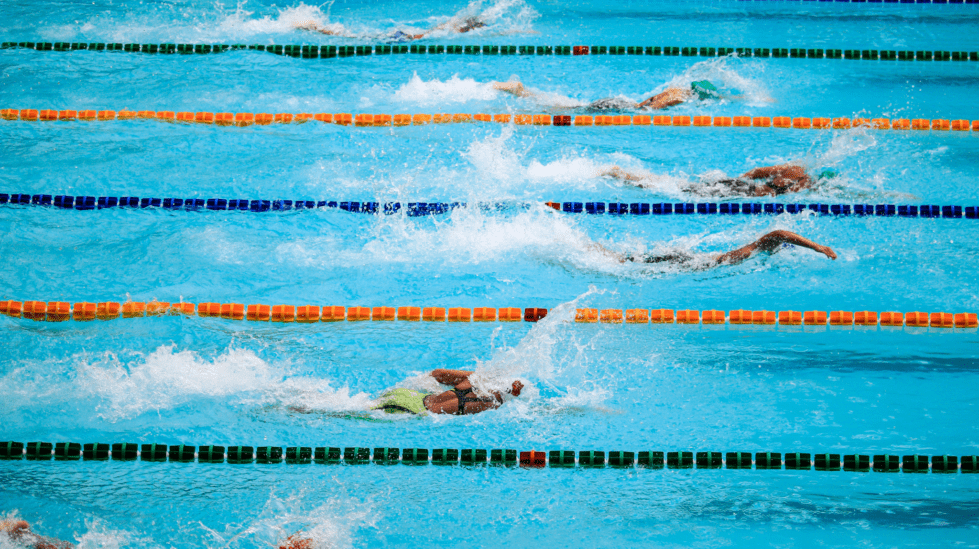 A bill to require Delaware student-athletes to compete on athletic teams or in sports associated with their biological sex was the subject of a raucous Senate committee hearing Wednesday.

Senate Bill 227 specifically aims to prohibit transgender girls — or girls who were born as boys — from playing on girls’ sports teams.

Under the bill, cisgender female athletes, or girls who were born as girls, would be allowed to compete on boys’ sports teams if the sport in question is not available for girls, like wrestling, for example.

“You can be anything you want to be in this great country; the purpose of this bill is not to undermine that privilege,” said Sen. Bryant Richardson, the bill’s sponsor. “The purpose of the bill is to protect the gains in women’s sports that came about almost 50 years ago under Title IX.”

“The inclusion of male-bodied athletes in women’s sports inevitably means that more females lose out,” Richardson, R-Seaford, said. “We have an obligation to defend everyone’s rights. What is wrong is when the rights of some put at risk the rights of others.”

She took Richardson’s bill as a personal affront to her identity and said it puts transgender children at risk.

“I didn’t run for this office to talk about transgender identities,” McBride told the committee. “But when legislation comes before me that goes after young people – that goes a step too far.”

McBride argued that there are many competitive advantages and disadvantages in high school sports – among them, wealth and access to private coaching, and biological differences between cisgender athletes such as height and weight and athletic capacity.

She asked Richardson if his bill sought to level the playing field by addressing any of those perceived disparities.

McBride quipped back, “So you believe that I have a biological advantage over Elena Delle Donne in basketball?”

Richardson said that’s just one of many examples that could be made to justify an argument on either side.

He specifically cited the case of Lia Thomas, a transgender woman who previously swam for the University of Pennsylvania’s men’s team.

The UPenn swimmer has thus become a focal point in a larger political disagreement over the balance between inclusion and fairness.

Democrats protested that Richardson’s bill is a solution in search of a problem – that there have been no instances in Delaware of transgender girls making waves in girls’ sports in the way Thomas has.

Richardson noted a rule passed by the Red Clay School District Board of Education in Dec. 2021 that affirms transgender and gender diverse students’ right to participate in physical education classes and intramural sports corresponding with their gender identity.

The rule does not affect athletes on interscholastic competitive sports teams, who must still abide by the policy set by the Delaware Interscholastic Athletic Association’s board of directors.

Under current DIAA policy, transgender students are eligible to participate in interscholastic athletics in a manner consistent with their gender identity under any of the following conditions:

The bill is one of at least 35 filed in state legislatures across the country that would limit or prohibit transgender women from competing in women’s athletics.

Republican governors in Indiana and Utah vetoed legislation in recent days that GOP-controlled legislatures in those states passed.

The wave of bills is part of a larger agenda, McBride said.

“The collection of these bills nationally, including this legislation today, seeks to strip away any layer of support that a trans kid may have,” she said. “And the outcome of that strategy is to make life so difficult for trans kids – to make them feel so alone – that some never grow up to be adults.”

“What you’re doing is harmful. What you’re doing is deadly,” she told Richardson. “And as someone who represents over 42,000 people – many of whom likely identify as transgender or non-conforming – you should be ashamed of your actions to come before this committee and do harm.”

Richardson objected to the suggestion that he brought the bill forward out of some type of disdain for a particular group of people.

“I believe in the ‘live and let live policy,’” he said. “You can be anything that you want to be as long as it doesn’t interfere with someone else’s rights and I think in this case, it’s interfering with the rights of young female athletes to…a level playing field.”

Richardson called on Thomas Neuberger, a Delaware constitutional, civil rights and sports attorney, to provide testimony on the ways biological girls are harmed when transgender girls are allowed to compete in women’s sports.

Neuberger represented female athletes in 1972 during the fight for women’s sports that resulted in the establishment of Title IX.

“Increasingly, transgender women are seeking to participate in women’s sports. In the name of inclusion, females are being asked to step aside to make room for these athletes,” Neuberger said. “This isn’t fair and it undermines Title IX, the landmark legislation passed by Congress in 1972 to increase opportunities for women and girls.”

He testified that biological female high school athletes have smaller hearts, smaller lungs, less bone mass, and do not have the same muscle strength when compared against transgender females.

Hormone treatments alone, including estrogen supplements and testosterone suppressants, Neuberger argued, do not account for the many other biological advantages that “male-bodied” athletes have over cisgender females.

While the public may be increasingly accepting of transgenderism generally, transgender activists, he said, want to go beyond acceptance to an area where cisgender girls’ rights are infringed.

McBride said the bill and others like it are psychologically harmful to transgender children in Delaware.

“The preoccupation with trans kids’ bodies reduces trans people to abstract concepts,” she said. “It makes it easy to forget that we are talking about real people, real young people. Being a trans kid in a world that so often rejects who you are is already hard enough and I don’t understand why we would pass a law that makes their lives even harder.”

The bill, McBride argued, does nothing to improve sports.

“But it does send a message that trans people are not who we are,” she said. “It singles out an already vulnerable group of kids who already face bullying and harassment and violence and it puts a target on their backs.”

Because the Senate does not vote during committee meetings, it’s unclear whether the bill will be released to the Senate for consideration, but given that the committee is composed of four Democrats and two Republicans, the bill’s release is highly unlikely.