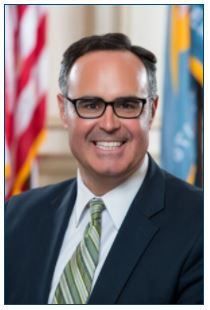 Republican State Senator Ernie López will not be seeking re-election in 2022, according to a press release issued by the Senate Republican Caucus Friday afternoon.

He didn’t cite a reason why.

“It is with a great deal of thanks and humility to the people of the 6th District that I wish to announce, I will not be seeking re-election to a fourth term in the Delaware State Senate,” Lopez said. “It has been a tremendous honor to serve you and your families for the last decade and I look forward to continuing that dedicated service until the end of my current term on November 8, 2022.”

All 41 House seats and 21 Senate seats will be up for election in 2022 after the General Assembly finalizes new district lines later this year.

López’ district as currently drawn has seen a surge in Democratic voter registration since his last election. As of July, the 6th Senate District had 20,588 Democratic voters compared to 17,851 Republicans. 12,829 registered voters identified as “other.”

“I wanted to take a moment to thank you for allowing me the opportunity to serve as your State Senator. Throughout the course of this historically challenging time, please know that my work on your behalf, has and will continue to be done, in a thoughtful, pragmatic and bipartisan manner, with a focus on results and delivering for the people of the Cape Region,” López said.

López encouraged his constituents to continue bringing their concerns to his office throughout the next year.

“Please continue to contact me at my office with questions, suggestions, or concerns as my staff and I will do the best we can to be as responsive as possible and do all we can to help,” Lopez said.