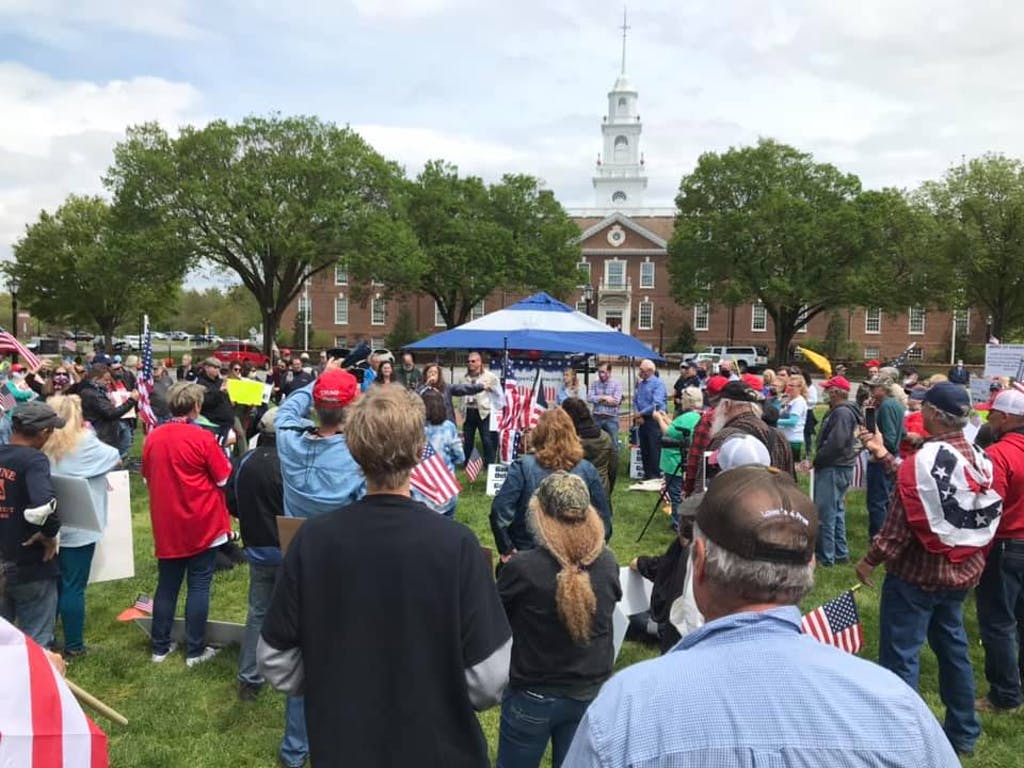 The May 1 Stand Up Delaware rally to reopen schools drew a crowd.

Update: About 120 people attended Monday night’s rally, including eight school board members representing school districts from Brandywine to Cape Henlopen. Stand Up Delaware officials announced their group is merging with Patriots for Delaware, a Milford-based conservative group that says it is devoted to individual liberty, personal responsibility and adherence to constitutional values.

Organizers expect a Monday rally demanding Delaware schools fully reopen to draw a crowd of parents and students fed up with remote learning.

“We believe that based on science it’s time to reopen our schools—fully,” said Lisa McCulley, founder of Stand Up Delaware.

Studies show students are not the super spreaders that schools and health officials once feared they could be, she said.

McCulley also believes the state shouldn’t enforce Delaware’s mask wearing or social distancing mandate in schools, and that should be left to individual districts to decide.

The organization, formed April 13, believes children are not getting a proper education since Gov. John Carney ordered schools closed in March 2020 because of the COVID-19 pandemic.

Carney has pushing schools to reopen since before the 2020-21 school year began, but many school districts opened in a remote-only or a hybrid form with some remote days and some in-person days.

Districts have gradually been bringing more students back to the classroom, and officials hope that will accelerate as the state finally begins focusing on vaccines for school workers, including teachers, and child care workers, but some obstacles remain. If social distancing requirements stay, buses can only have a fraction of the seats filled, for example. 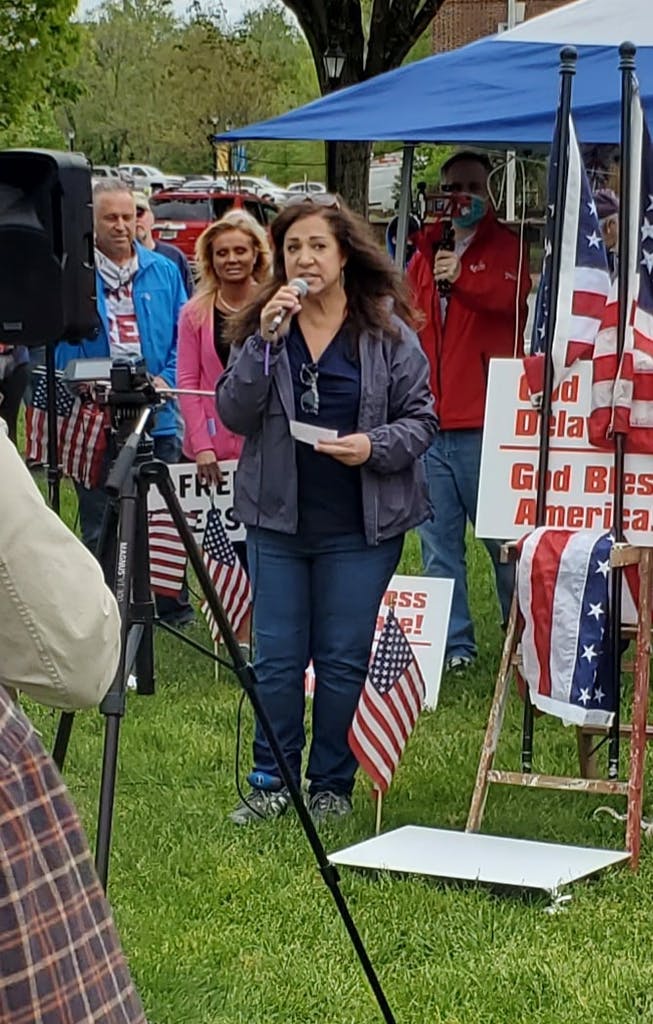 Lisa McCulley, founder of Stand Up Delaware, at the May 1 rally

During a March 2 press briefing, Carney said more than 70,000 students had returned to in-person learning and Delaware Education Secretary Susan Bunting said that about one-third of the school personnel who wanted vaccines had at least a first dose. Since then, several other events have focuses on educational personnel.

“We know that there has been concern about who is going to be interacting with your child,” Bunting said during the March 2 COVID-19 press conference. “We want people to be very comfortable about coming back to school.”

The rally will take place on the Legislative Green in Dover at 5:30 p.m. Monday, March 15, exactly one year to the day since schools were shut down in the state.

The organization has sponsored 12 of these rallies throughout the last year.

McCulley pulled her son, who has special needs, from the Appoquinimink School District and put him into a private school after a short time of online learning.

McCulley said she’s been told public school online classes have been dumbed down and teachers don’t have a curriculum.

“They’re just making it up as they go,” she said. “That’s going to happen when you give free range to people. I’m not saying all teachers do that, but I think a lot of teachers have taken advantage of the situation.”

Stand Up Delaware believes the school closings are harmful to students with special needs or those who live in abusive homes. They also believe that students who would normally be receiving As are falling behind and in some cases failing.

“We are hearing from these parents that COVID killed their kids,” McCulley said. “I have a statement from a father of a son who committed suicide in July just one mile from Joe Biden’s house in a park and he said, ‘COVID killed my son, but he never had a virus.’ So yes, we do attribute this.”

Delaware Department of Education spokesperson Alison May said that the DOE did not have any data to verify these claims, but that student mental health is an importation concern for the DEO, especially now.

May pointed to the DOE’s policy on dealing with emotional health of students.