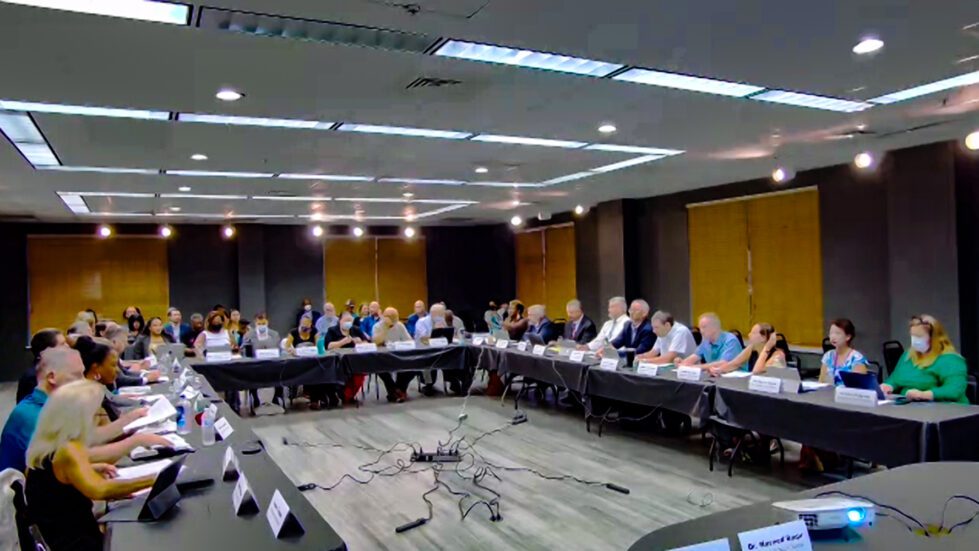 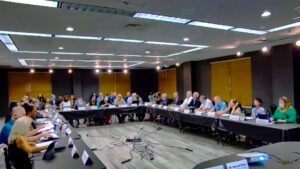 A joint meeting Tuesday of the Brandywine, Christina and Red Clay school districts about the Wilmington Learning Collaborative featured a lively discussion, but still no vote.

The 21 board members were joined by Gov. John Carney, Education Secretary Mark Holodick and other key education officials.

While no one outright opposed the learning collaborative, some expressed concern about the timeline of implementation. having more specific information in the agreement and the language that said teachers would report to the collaborative when the district is responsible for them.

“I happen to believe once the collaborative is put together and people are working together, some of those bureaucratic differences will melt away,” said Gov. John Carney.

Adriana Bohm of Red Clay, and several others, passionately pushed for approval, saying that there isn’t time to waste on perfecting every detail of the agreement.

“We need to get to our feet and make some movement, because we cannot deny the next generation the opportunities our generation were deprived of,” she said.

The collaborative would put the city schools in all three districts, which are largely suburban, under an organization that would focus on just those city schools.

Its goal is to help city students, which are largely minority, to learn better and close achievement gaps by supporting them with ground-up programs that would help them in school while also supporting their families with wraparound services.

The collaborative has held more than 300 meetings, and has tried to engage the community by holding town halls, family fairs and knocking on area doors to both understand the needs of families in City of Wilmington schools and describe what the collaborative would do.

Carney said that the 16-page learning collaborative draft agreement distributed to the three districts June 2 has had three revisions to date.

The agreement details the responsibilities of all parties involved with the collaborative, including the districts, governing council and the state. It specifies that $7 million will be allocated to the project in Delaware’s budget.

Kathy Thompson from Red Clay said she was concerned about the delegation of power laid out in the agreement.

She also pointed out a liability issue in that Red Clay employees would have to answer to the authority of the learning collaborative.

“I find that to be very problematic, inserting another party in the employer employee relationship,” she said. “We’re the ones with a liability for the employees and yet we’re not the ones that are evaluating them and directing them.”

Red Clay’s superintendent, Dorrell Green, said that the members present need to do their due diligence, be intentional about identifying gaps and needs, and make sure that all parties are collectively working together and learning from these meetings.

“Those issues will get ironed out through that process,” he said. “After we do all that, there can be a clean document for everyone to sign rather than signing a document now and we’ll be back at this table probably revising the very document that everyone’s being asked to sign.”

“Taking our time and thinking through these pieces is critically important If we want the end results to be something that is worthy, sustainable, and benefits our students,” said Brandywine board member Jason Heller.

He said his fear is that the structure won’t be sustainable and that it’s “critically important that we go through these pains and take our time to build that foundation.”

Bohm pointed out that the Centers for Disease Control and Prevention has declared racism a national public health epidemic. Board members do not feel the urgency she does because they or their children are not affected by systemic racism, she said

At one point, she was yelling that if the other board members had children who were in these failing schools, they would “be raising holy Hell to bring the house down.”

James Simmons, chief equity officer for the Department of Education, reminded the members that this is not a blame game, rather it’s a support game where everyone has a shared goal.

Ralph Ackerman of Brandywine said that he was also concerned about the hundreds of students in the three Brandywine schools that are not in the City of Wilmington, saying that they should not be left out.

There was no clear response to if the collaborative would consider adding these schools, but Holodick said that there should be wraparound services and other support for those schools.

Christina’s Monica Moriak said that the districts need to get the ball rolling for the learning collaborative, regardless of if they sign a piece of paper.

“There are a lot of questions and details that need to be worked out that sound like we have to work them out now,” she said. “Let’s start the process, let’s commit to this next year being a building and designing year and at the end of that year, if we still have major issues regarding liability and employee supervision and those types of things, then we need to really rethink this process.”

Naveed Baqir of Christina shared her belief, saying that the draft agreement has several placeholders, but “it’s time to take the leap.”

He said that people need to understand that this initiative has been years in the making.

“I have faith that when we give people responsibility, people who are closest to the students, they will do the right thing,” he said.

He also said that if they fail, they will ruin the futures of the next generation.

Public comment was limited to a couple of parents passionately agreeing that the time for action is now.

However, the boards once again encouraged community members to go to their September board meetings where they will be able to share more of their thoughts.