This rendering shows how the new Salvation Army campus on East Riverfront will look when it’s finished.

Officials on Friday signed a beam that will help support the $19 million Salvation Army development on Riverfront East, marking another step in the development’s 86.3-acre addition to Wilmington.

The campus, which is being built by and funded by the Riverfront Development Corp., is expected to be finished in August 2022.

Salvation Army will move from its current, declining facility at 107 S. Market Street.

It will include three buildings totaling 90,000 square feet and be the first new component of a mixed-use area that will mirror the already-popular Riverfront West. Its completion will trigger  major infrastructure improvements and the creation of another Riverwalk  across the Christina River from the current one.

The old Salvation Army building will be torn down and the land developed into other uses.

The new Salvation Army campus will include an 40,000-square-foot Adult Rehabilitation Center with housing for 80 residents that dormitories, a kitchen, dining room, recreation room and chapel.

The site will feature office space, a 17,000-square-foot retail store and a 31,000-square foot warehouse for donations, as well as a 65-space parking lot for staff, customers and residents.

The RDC announced the 86-acre Riverfront East project in May.

“Our vision for this land has been, and always will be, to create spaces that pay it forward and create new opportunities for communities throughout Wilmington and beyond,” said Megan McGlinchey, executive director of the Riverfront Development Corp.

“So much good will happen on this campus—from the residents who gain help, hope and a new chance for better life to the people that donate in support of their neighbors in need to people who pass by and see a campus offering proof positive that Wilmington is a community dedicated to taking care of our
own.”

After city and state dignitaries signed the beam, it was to be raised into place on the project.

Contractors on the project have given $705,000 of in-kind donations. 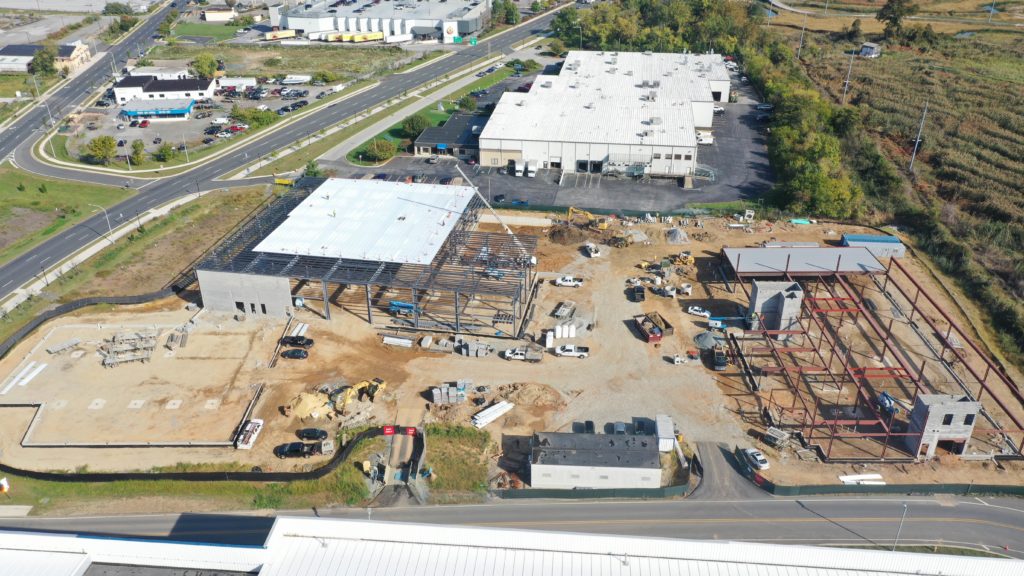 The new Salvation Army campus is the first property to be developed in the Wilmington Riverfront East. The old building, to the back of the photo, will be torn down and the property redeveloped.