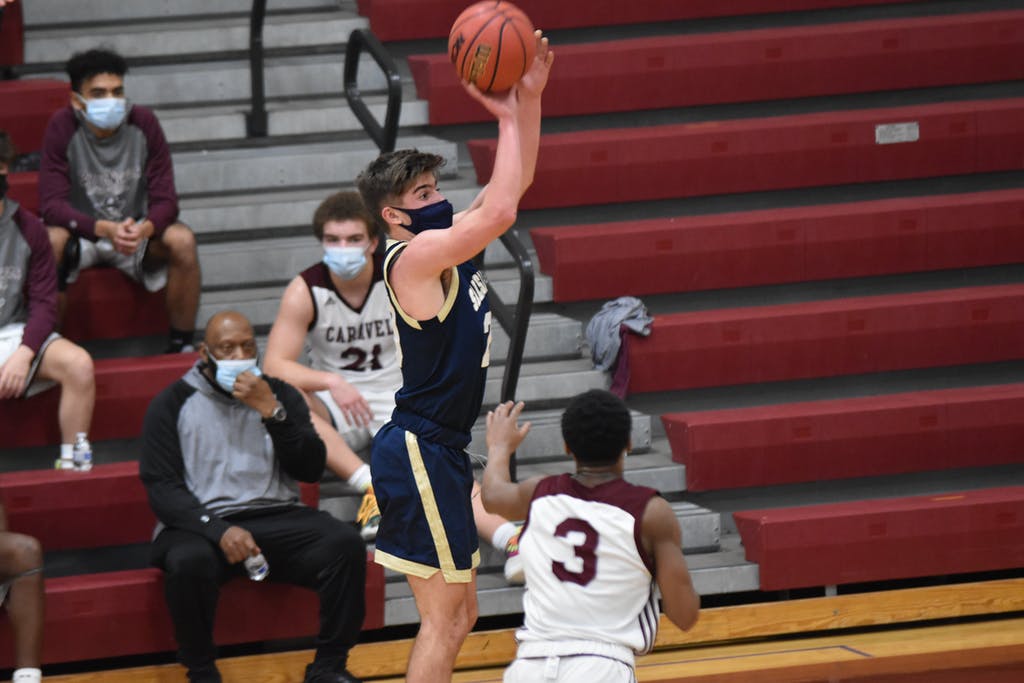 After their first four possessions resulted in turnovers, Caravel scored the first points of the game at the 5:30 mark of the 1st quarter.

Both started the game in a zone press which appeared to cause problems for the young Buccaneer team who despite the turnovers, held a 7-2 lead at the two minute mark of the first quarter.

Sallies continued to press throughout the quarter getting  into team foul trouble early and often putting Caravel in the one and one at the 57 second mark of the first quarter.

Sallies continued to press at the beginning of the quarter, trapping Caravel ball handlers just across the timeline creating an up and down flow to the game which led to multiple turnovers by both teams.

Caravel tied the game on a free throw from Jaden Rogers. But Sallies took back the lead on the next possession as Brett O’Hara made his third three of the first half.

The second quarter saw both teams in the double bonus as Sallies and the Buccaneers zone press throughout the second quarter. Sallies finished the quarter strong again scoring five points in the last 30 seconds to take a 25-22 lead at the end of the half.

O’Hara led Sallies at the half with nine all coming from the three point line while Caravel had three players with five at the half. Despite both teams ending the half in the double bonus, no single player on either team had more than two fouls. 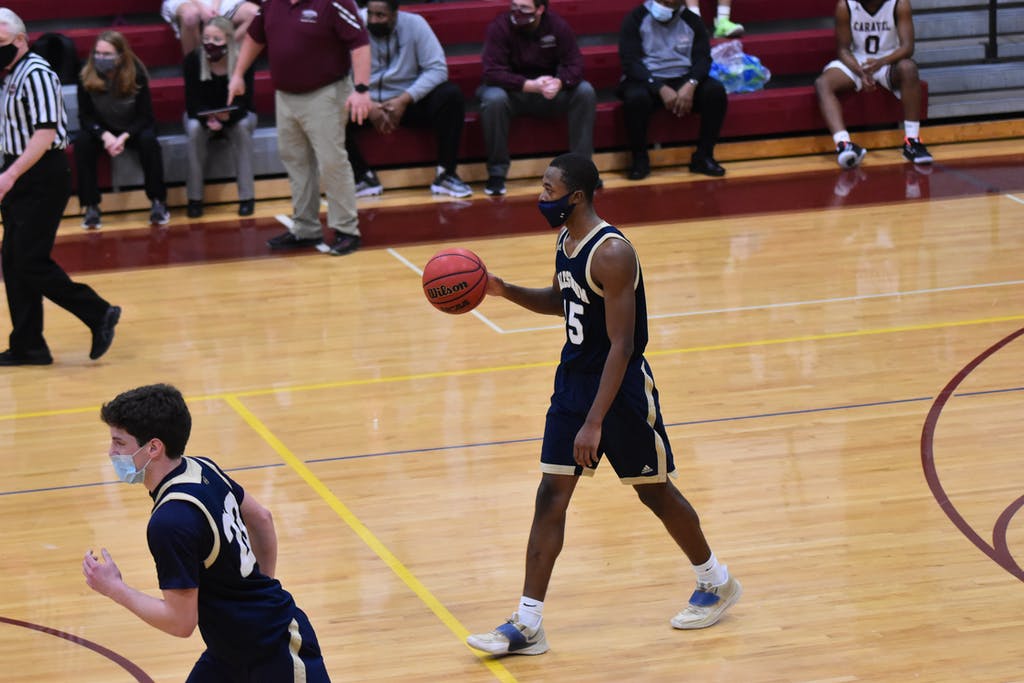 Sallies started the third quarter in man and forced three Caravel turnovers in the first two minutes of the half forcing Caravel to call their third timeout of the game after Sallies’ Rasheen Caulk ballooned the Sallies lead to 10 with a one handed dunk off another Caravel turnover.

On the next Sallies possession out of the timeout, Justin Molen sent down a thunderous dunk as the game appeared to be getting away from Caravel.

However, Sallies couldn’t take advantage of a technical foul called on Amari Gordon of Caravel as they missed both free throws and a field goal attempt on the next possession.

At the end of the quarter, Caravel pulled back within five points finishing Sallies 45, Caravel 40.

Caravel came out in the fourth to take their first lead since late in the first quarter scoring six points in the first forty-seven seconds on the second three of the game by John Clemmons and a traditional three point play by Jaden Rogers.

Caravel’s turnover woes continued to plague them late in the fourth as Sallies took a 52-48 lead as last year’s honorable mention all-state player Rasheen Caulk scored only his second basket of the game on a layup forcing Caravel to call timeout. 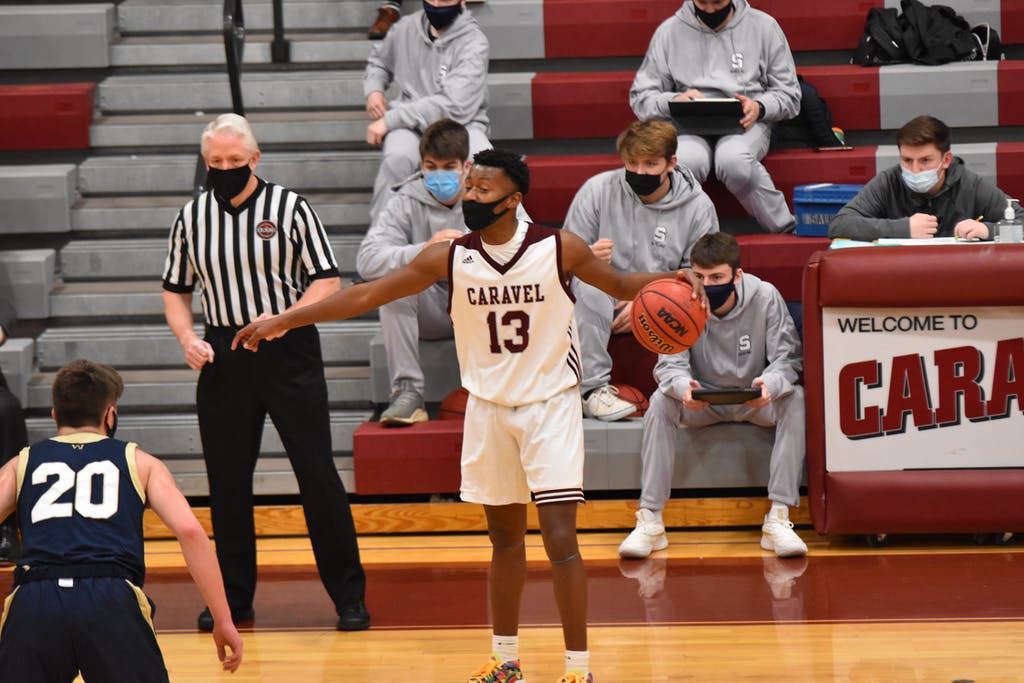 As the fourth quarter clock ticked down to 20 seconds, Caravel’s Miles White brought Caravel to within one point knocking down two free throws.

With Sallies up by two after a timeout, Caravel decided to foul immediately on the inbounds and force Sallies to make one of two free throws making it a three point game.

Caravel’s youth showed tonight especially in their ball handling. Sallies press forced Caravel to turn the ball over throughout the game and Sallies received contributions from a number of players.

Caravel dropped their record to 1-1, while Sallies wins their first game of the season after their first scheduled game was postponed earlier in the week.