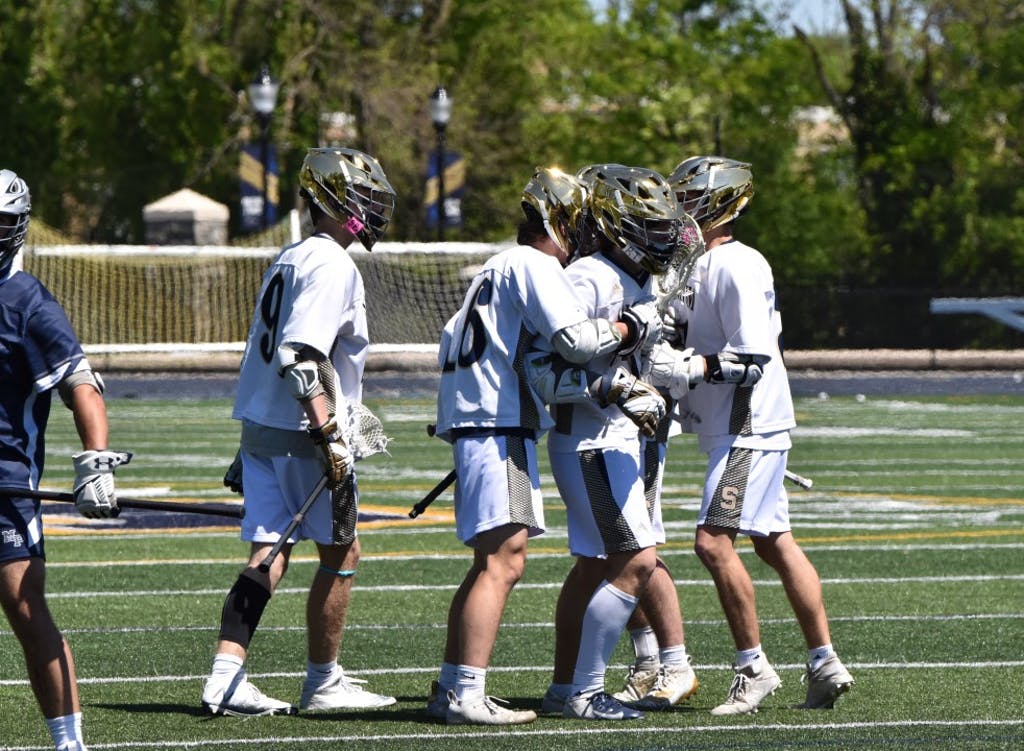 Salesianum Lacrosse celebrates after a goal

After three quarters at Abessinio Stadium Saturday afternoon the Salesianum Sals and the #12 ranked team in the country by US Lacrosse magazine the Malvern Prep Friars were tied at 7-7. 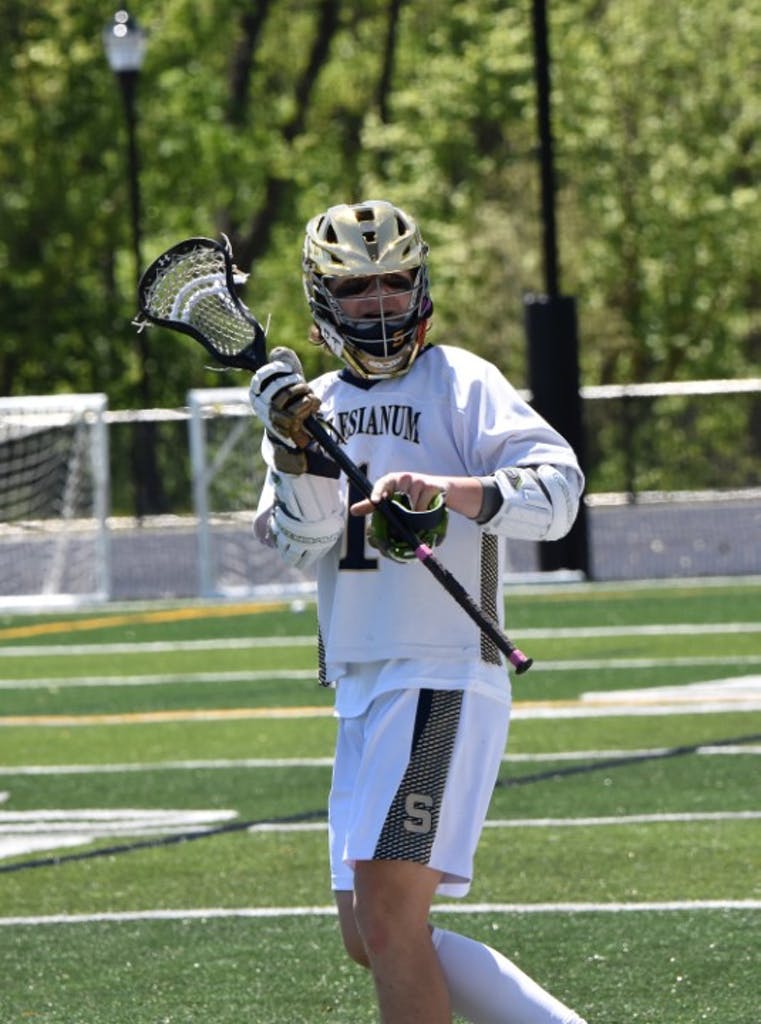 Sallie would strike first in the game as Dominic Rottura scored within a few seconds after the opening face off. Caelan Driggs would get a goal later in the 1st quarter for the Sals as they were tied with the Friars 2-2 after 1. In the 2nd quarter Sallies got goals from freshman Ryan Matz and two goals from Charles Ruoss to lead Malvern at halftime by a score of 5-4.

Sallies was able to break out to a 7-4 lead in the 3rd quarter for their largest lead of the game as both Rouss and Driggs would get their second goals of the game making the score 6-4. Dylan Mooney would then get on the board giving Sallies a 3 goal lead.

The fourth quarter would be all Friars though. Malvern turned it up both offensively and defensively scoring 5 goals while the defense shut out the Sals giving the Friars a 12-7 win. Eric Spanos, a Maryland University commit, would lead the Friars with 2 goals in the quarter while Jack Irish, Colin McGill (Dartmouth), and Will Peden (Penn State) all had 1 goal a piece. According to Inside Lacrosse Recruiting Malvern has 13 players committed to big time lacrosse programs like Maryland, Penn State, Dartmouth, North Carolina, and Duke.

Salesianum was able to stick with the national powerhouse for the first 36 minutes of the game. This game gave Sallies their second nationally ranked teams this season. They faced Culver Academy earlier this season in which they held their own losing by a score of 11-10. At the time Culver was ranked 5th in the nation by US Lacrosse magazine. Sallies will face one more lacrosse powerhouse this season as they host IMG Academy Friday, May14th at Abessinio stadium with a start time of 8PM.