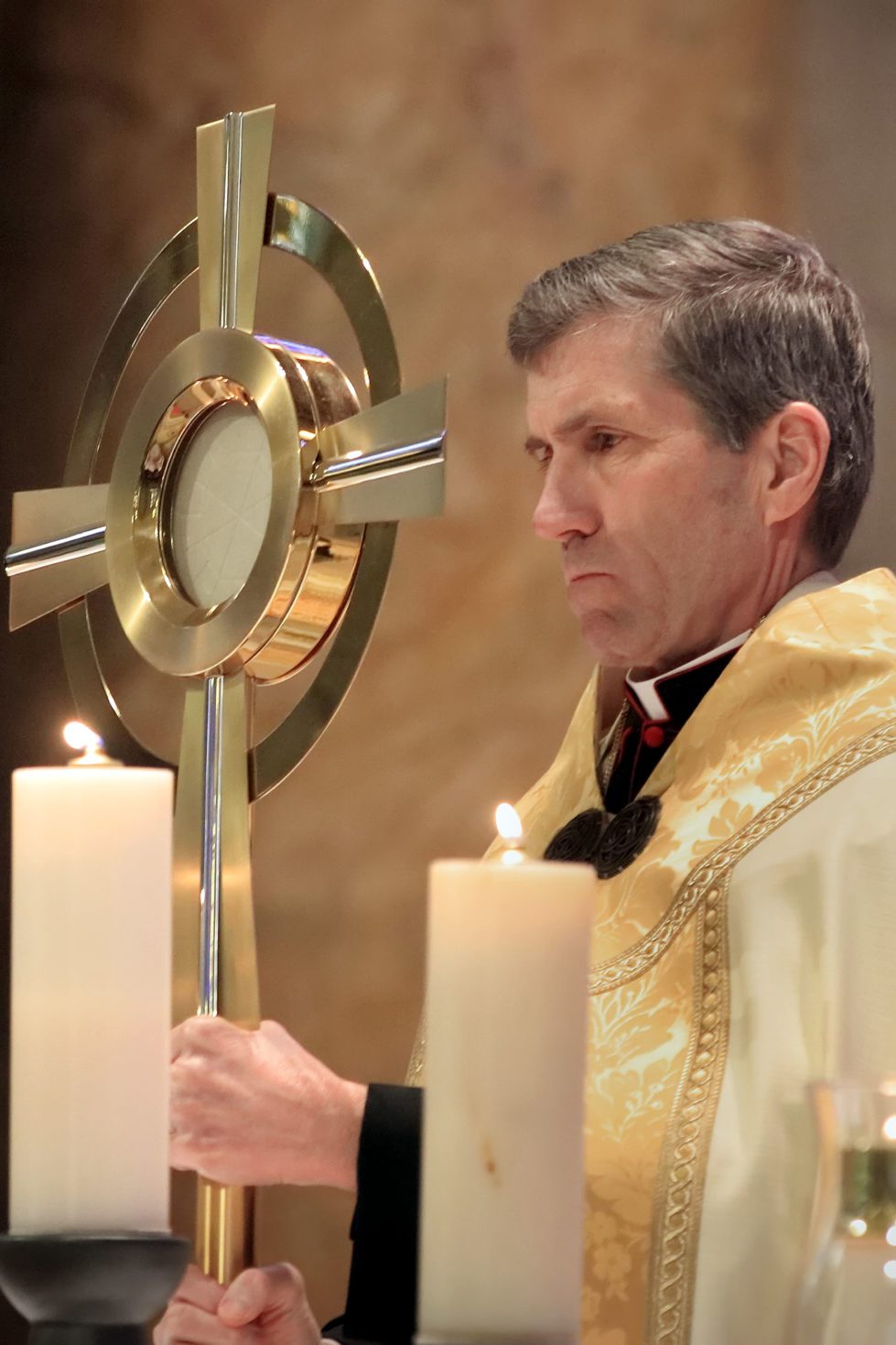 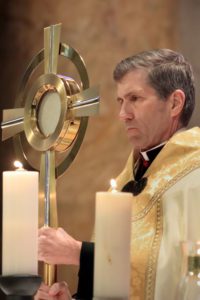 Roman Catholics will hold a Eucharistic procession through Wilmington Sunday, June 19, to mark a solemn church feast and the start of a national revival meant to uphold communion as a pathway to peace in a hurting world.

The event will start with a 2 p.m. Mass at Wilmington’s Church of St. Peter. The procession is expected to begin at 3 p.m.

The Rev. William E. Koenig, bishop of the Diocese of Wilmington, priests and parishioners will leave the cathedral on the corner of Sixth and West Streets. Koenig will carry the Eucharist — a consecrated communion wafer —  in an ornate vessel called a monstrance.

The group will walk in prayer to Saint Patrick’s Church at 1414 North King Street.  After a short prayer service, the group then will process to St. Joseph’s Church at 1012 N. French St. for another service before returning to the Cathedral.

“The Eucharist is the source and summit of our Christian life,” Koenig said in a press release. “It is fitting that we gather in unity in the City of Wilmington, to begin our Revival by celebrating, worshiping and witnessing to the central role that Jesus in the Eucharist has in our Catholic faith.”

Sunday is also Father’s Day and the Juneteenth, a day that celebrates slaves in Texas finding out two years after the Emancipation Proclamation that they were free.

The Mass and procession will celebrate the church’s Solemnity of the Most Holy Body and Blood of Christ – also known as the Feast of Corpus Christi – and marks the beginning of a three-year National Eucharistic Revival, being sponsored by the United States Conference of Catholic Bishops. 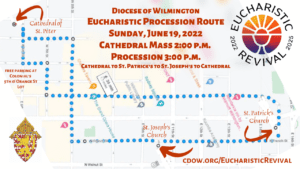 This is the route that Roman Catholics will follow while processing with the Eucharist.

After the establishment of the Feast of Corpus Christi in the 13th century, the tradition of Eucharistic Processions gained popularity throughout Europe. In the late Middle Ages, the tradition developed into pageants of devotion and honor to Christ present in the Eucharist.

The National Eucharistic Revival is a three-year initiative of the bishops conference designed to inspire, form, heal, convert and unite people through a renewed encounter with Jesus in the Eucharist.

For more on the revival and procession, go to cdow.org/EucharisticRevival. The 2 p.m. Mass will be live-streamed at YouTube.com/DioceseofWilm and rebroadcast at 9 p.m. on the  CatholicFaithNetwork.org.

Roman Catholics are the largest Christian denomination in the area, with 56 parishes, 18 missions and 27 schools serving the State of Delaware and the nine counties of Maryland’s Eastern Shore.