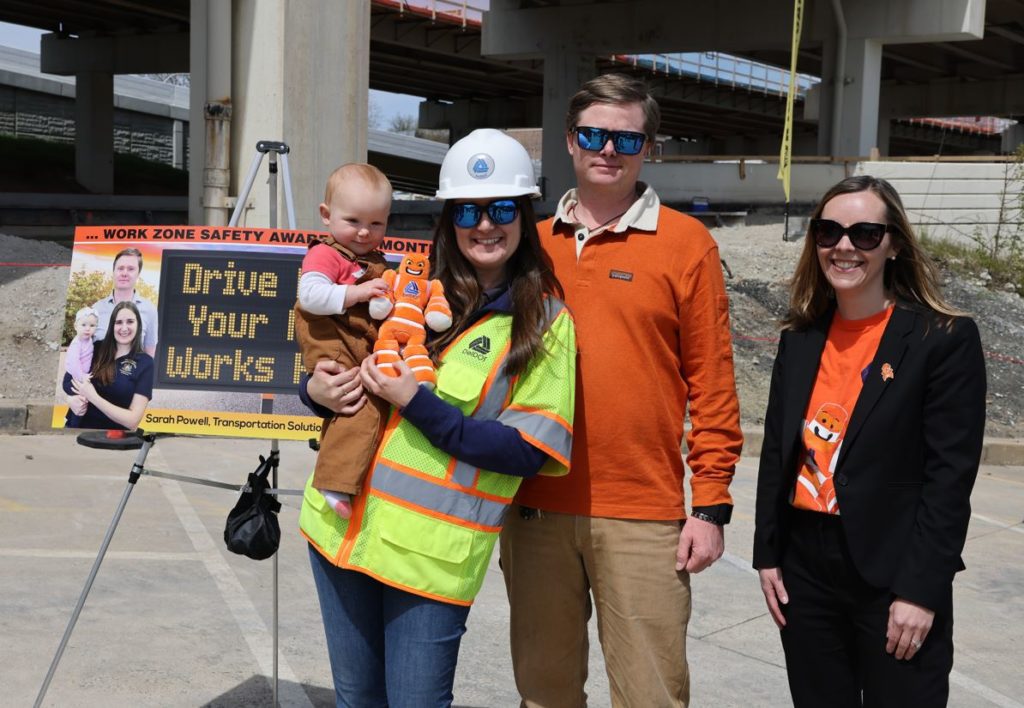 Abi Torres remembers looking directly at the driver of the car bearing down on him as Torres was picking up trash in the median of Dover roadway.

The driver, who was holding a phone, looked shocked.

“I closed my eyes,” said Torres, a DelDOT employee. “All I could think of was my daughters, my son, my wife, you know, my family. I just closed my eyes and waited for impact.”

He had been working about six feet from his supervisor, Justin Sauble, in the center median of POW Drive and U.S. Route 13 near Ollie’s on April 27, 2020. They had been talking about the COVID-19 pandemic, which was still new, and marveling at how many cars were on the road when a lockdown was in place.

The next thing Torres knew, he was standing a couple of feet into U.S. 13 and didn’t know how he got there.

He looked up to see Sauble walking toward him and understood Sauble was shouting at him, but was unable to process what Sauble was saying.

“I was standing in hammer lane, what we call the fast lane,” Torres said. He thinks he was going into shock.

Torres has been sideswiped by the car that shot into the median and spun into the road. The vehicle had passed between him and Sauble, who wasn’t touched, before hitting a culvert pipe, going airborne and crashing.

Sauble, repeatedly asking Torres if he was hurt, guided Torres out of the roadway.

Torres’ right hand already was swollen to the size of a sotfball. The impact hurt his shoulder and arm, and Torres eventually needed surgery on the shoulder, as well as the bicep and tricep muscle, which had been partially ripped from the arm.

Torres told his story during National Work Zone Awareness Week, which ends Friday. It’s held in the spring each year when traffic projects rev back up after the winter weather breaks.

That means there are hundreds of state and contract workers on the road at any particular time, DelDOT secretary Nicole Majeski said this week.

Powell said she’s never been involved in a work zone accident, but she too has stared into the face of drivers headed directly at her until they swerved away at the last moment.

Most drivers consider the work sites a major inconvenience, she said.

“The work zone is our office,” she said. “We work where you drive. We don’t get to sit behind a desk or computer.”

Those kinds of jobs have occupational hazards like carpal tunnel syndrome, she said.

“Our occupational hazards are motorized vehicles traveling, most of the time over the speed limit, through the work zone where we’re trying to build,” she said.

Powell said most drivers look at the work zones as an inconvenience.

“We’re slowing you down. We’re in your way. In fact, we’re trying to improve your ride and get your home safe to your families,” she said. “We also want to get home to our families safely at the end of the day.”

The traffic issues are always worse in the spring, she said, when so many projects get going.

This already is the busiest spring that Powell remembers in her 16 years as a civil engineer with the state and more projects are coming, thanks to COVID-19 funds and the federal infrastructure money.

“The whole state sometimes does seem like a work zone,” Powell said. “I’ve seen a little meme going around where it’s a traffic cone planted in the spring and then by summer, the orange traffic cone blossoms into a construction barrel.”

She and Torres said they were amazed at the number of people they see pass who are eating, putting on makeup, have cell phones in their hands or are otherwise driving distracted.

“You know, we’d appreciate their help and we thank them for their patience as they drive through the work zone,” Powell said. “I’m thankful to the public for letting us work on their roads and we promise that we’ll get done as soon as we can and, and the road will be better than when we left it.”

Torres returned to work after surgery and then left again for a second one. He came back on Jan. 3, just in time for the snowstorm that day.

He’s now on light duty, driving the truck that follows the workers who are “trashing the median,” as they call picking up trash.

Torres said the truck, which has a lighted sign on the rear, helps protect the workers, and he’s glad to contribute that way.