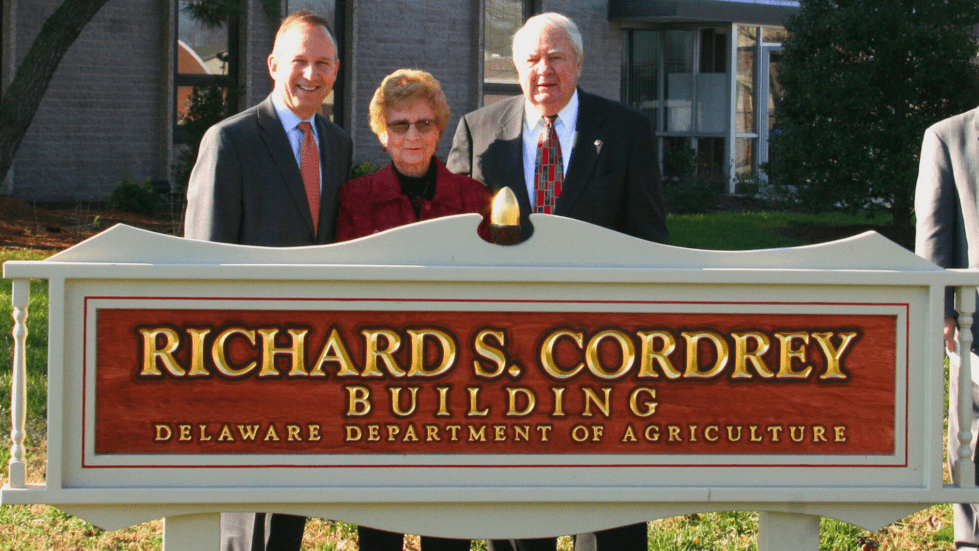 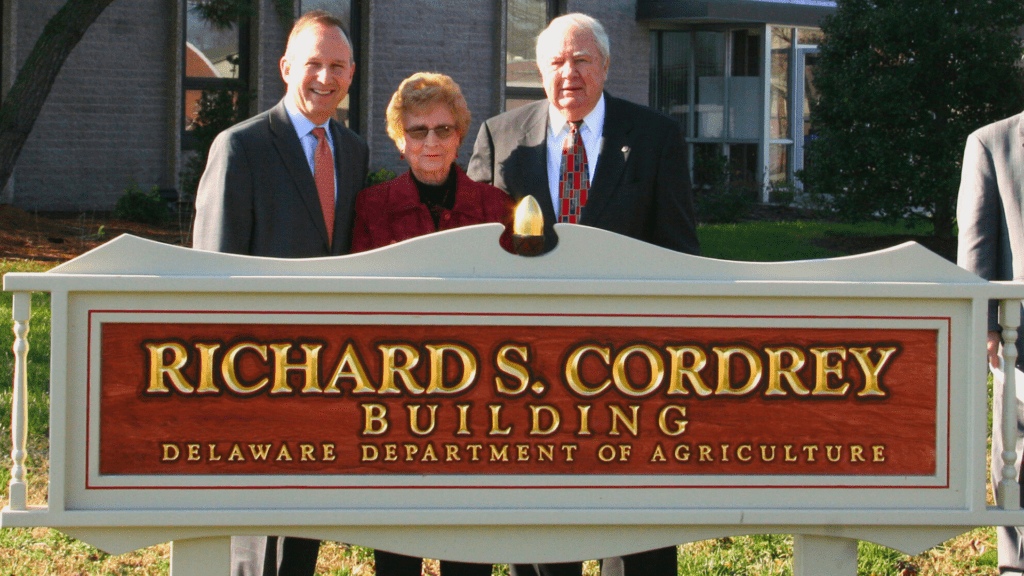 Richard Cordrey of Millsboro poses behind the sign at the Dept. of Agriculture offices in Dover in 2012. Also pictured are Cordrey’s wife, Mary Jane, and former Gov. Jack Markell. (State of Delaware)

The Millsboro Democrat was elected to the Delaware House of Representatives in 1970. He held the office for just one term before being elected to the state Senate, where he served until 1996.

He was the Senate president pro tempore from 1977 until his retirement, after which he became Gov. Ruth Ann Minner’s secretary of finance. 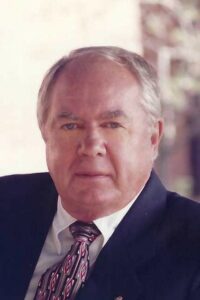 “He was the ultimate southern Delaware gentleman who was well-liked and respected by Delawareans across our state,” Carney said. “His influence on Delaware’s economy – especially his efforts on financial stability – will have a lasting impact on our state.”

Carney ordered the Delaware flag at state buildings and facilities to be flown at half-staff until sunset on August 27, 2022.

The governor noted Cordrey’s experience as a farmer and said he supported the state’s agricultural industry throughout his career.

To recognize his contributions to the industry, the state named the Department of Agriculture’s Dover office building after Cordrey in 2012.

Current Senate President Pro Tempore Dave Sokola said Cordrey’s legacy will live on in that building. Sokola called Cordrey “a giant of the General Assembly by every imaginable standard.”

“Senator Cordrey was fiercely proud of the agrarian Sussex County community he called home, yet worked hard for the betterment of our entire state,” Sokola said. “His contributions to Delaware’s economic vitality are well known, leading efforts to amend Delaware’s constitution to cap spending at 98 percent of projected revenues while establishing a ‘Rainy Day Fund’ to be used only for unanticipated emergencies.”

“His legacy of service is one that will be long remembered by those whom he served,” the caucus said in a Facebook post.

Sen. Brian Pettyjohn, R-Georgetown, echoed the caucus’s statement, saying, “The oft-used term ‘We stand on the shoulders of giants’ is very appropriate to describe the impact of Sen. Cordrey on the State of Delaware, Sussex County, and the Delaware Senate.”

In a news release Tuesday afternoon, U.S. Senator Chris Coons said he respected Cordrey’s work ethic, dedication to Delaware and decades of service to Millsboro and the state.

“Cordrey, a farmer for more than 50 years, understood the value of hard work and dedication, and he brought those principles to the politics of Delaware,” Coons said. “His outstanding service is still felt to this day, and I, along with Delawareans across the state, will miss his impact.”

A visitation will be held Saturday, August 27 from 9 a.m. to 11 a.m. at Watson Funeral Home, located at 211 S. Washington Street in Millsboro. The funeral will follow.