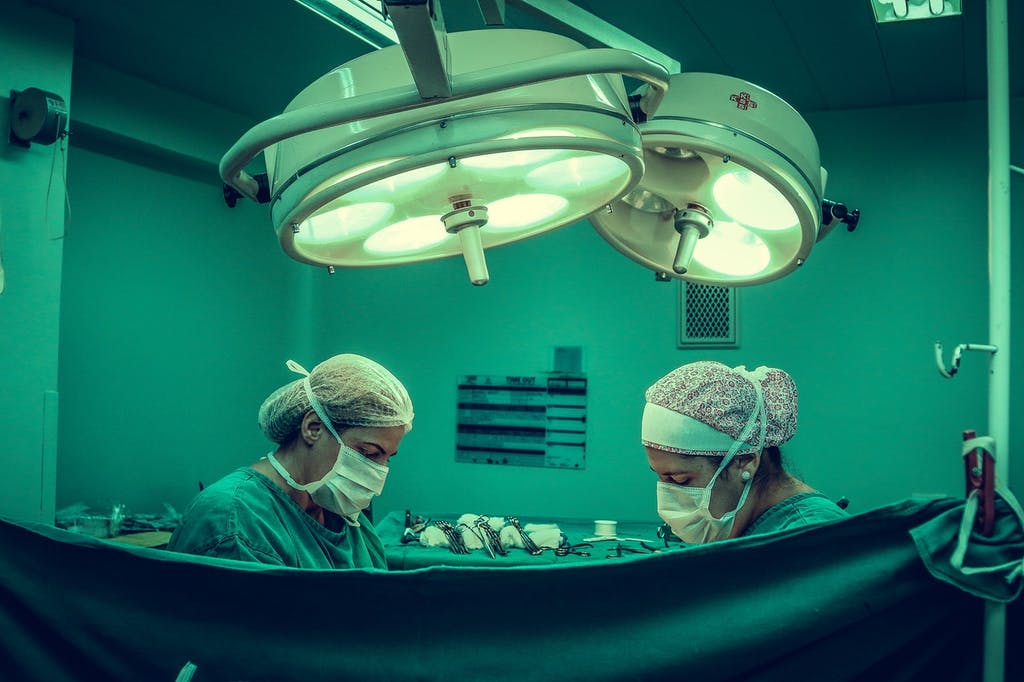 “Kind of mess” isn’t a legal term, but it seemed to be how a state review described the state Health Resources Board, which determines who can offer new medical services.

The Joint Legislative Oversight & Sunset Committee report, created because Delaware requires reviews of state boards every eight years, recommended Thursday that the health board continue but that it be shrunk from its current size of 15 member to 5 and made into an advisory board, shifting work and decision-making to the board’s administration.

Recommendations from the staff noted conflicts of interest among board members “negatively impact” the review of healthcare projects and board attendance problems that cancel meetings and so prevent the system from meeting its own published project deadlines. It also said the board has insufficient independent data to review applications.

“This review did observe the board relying heavily on data supplied by applicants, and it’s recommended for the board to explore methods to collect and maintain their own data, such as the suggestion to require annual utilization reports from past applicants,” said Amanda McAtee, an analyst with the Legislative Council’s Division of Research. She went over the recommendations with the Sunset Committee Thursday.

What may sound like a lot of government gobbledegook to the average Delawarean can have a significant impact on their wallets because the board’s decisions directly affect how much state residents pay for health care.

The Resources Board and its Certificate of Public Review process, which decides who can and who cannot start a new service or own a new piece of equipment, are flashpoints for opposing points of view.

Stacie Beck, associate professor of economics at the University of Delaware said the Health Resources Board should be axed completely.

“The board was the focus of efforts to stop the entry of more efficient, lower cost competition into the state,” she said Thursday afternoon. “Retaining it and the associated anti-competitive CON process is a mistake. The patients and the taxpayers are the losers.”

The division of opinion often falls along Democrat-Republican party lines.

“I’m not completely sold on the idea of not terminating the board,” said Rep. Lyndon Yearick, R-Camden-Wyoming, a member of the bipartisan Sunset Committee. “It’s been a long time since I earned my economics degree. but I can’t remember any scenario where those two lines — meaning supply and demand and price and quantity — where you ever increase the quantity of a product or service, and the price goes up.”

Yearick, who has an MBA from Penn State, said he would love to be able to limit competition in his business. In New Castle County, he pointed out, ChristianaCare has a 70% market share. They do a great job, he said, but why shouldn’t someone who had done their due diligence and wants to risk their own money not be able to compete?

“My concern remains in regard to the review process having certain entities being able to say yea or nay to potential competitors,” he said. The state should be welcoming the competition, he said.

The Sunset Committee staff review said it did not weigh the pros and cons of the need for the CPR program but instead focused on researching the 34 states and District of Columbia’s similar Certificate of Need programs. That provided improvement ideas for Delaware’s process.

Even the 16 states that did not have the Certificate of Need program still had regulations and licensing processes to follow, the report said.

The staff report also said the state needed legislation requiring health care companies to report every other year about how their services are being used. That could include hospital emergency care, specialty hospital care, outpatient surgical care, charity care, primary and clinical care by regions and populations, unmet needs of vulnerable populations and more. The information would be made public and also help inform decisions.

If the state adopts the idea of using the Health Resources Board as an advisory body, the board administration would receive applications, do research (sometimes outsourcing it), apply formulas and then send a report to the advisory board, which would hold a public hearing. The board itself could weigh in there, but all information would go back to the director, who would make the decisions, McAtee said.

The report also said the state’s Health Resource Management Plan should be covered by legislation, and that some of the Health Resource Board statute needed to be changed, including board structure, which activities are subject to review, fees and quorum issues. The fees for the public review have not been changed in decades and top out at $300,000 for a $10 million project.

While the Board’s rules include charity reporting procedures, it’s unclear how diligent the board is about enforcing it, McAtee said. There’s no formal reporting schedule on the website, and charity care reports seem to appear randomly on agendas, she said.

Those became issues when both Beebe and Bayhealth hospitals wanted to build free-standing emergency rooms in Sussex County, but Beebe’s project in Georgetown was refused.

The staff report included an option to disband the board and move its duties into another agencies or boards, but that was not ultimate recommended.

“I don’t want to throw the baby out with the bathwater and say let’s disband this,” said Sen. Bryan Pettyjohn, R-Georgetown, “but at the same time I think there are some serious structural problems with the way decisions are done, with the way hearings are done with this board.”

At the same time, he said, “I want to make sure that the entire process, all the discussions are done on the record with this advisory committee, that there is no backroom discussions that are taking place with applicants, and the members of this, so … the rationale can be something that the public, and us as policymakers and lawmakers in the state have confidence in.”

McAtee pointed out that Delaware is rated at 35 for overall health outcomes out of the 50 states and 24th for overall rank on the 2020 score card for state health systems.

“The whole point of having a Health Resources Board is to help keep costs low in the state for health care and improve health outcomes for all Delawareans,” she said. “Your conflicts of interest, the meeting space, all of these issues can be resolved by moving that capacity to advisory and really creating a department and administrative staff to adequately and thoroughly research the applications.”

Going to an advisory board would mean at least one full-time person to help with research, and a director, McAtee said.

The board’s largest line-item expenditure in 2019 was outside research, she said.

The board could meet less often and deal with multiple issues in a single meeting, McAtee said.

The review said the board would need to decide whether it should stay under the Delaware Health Care Commission or move elsewhere in the Delaware Department of Health and Human Services.