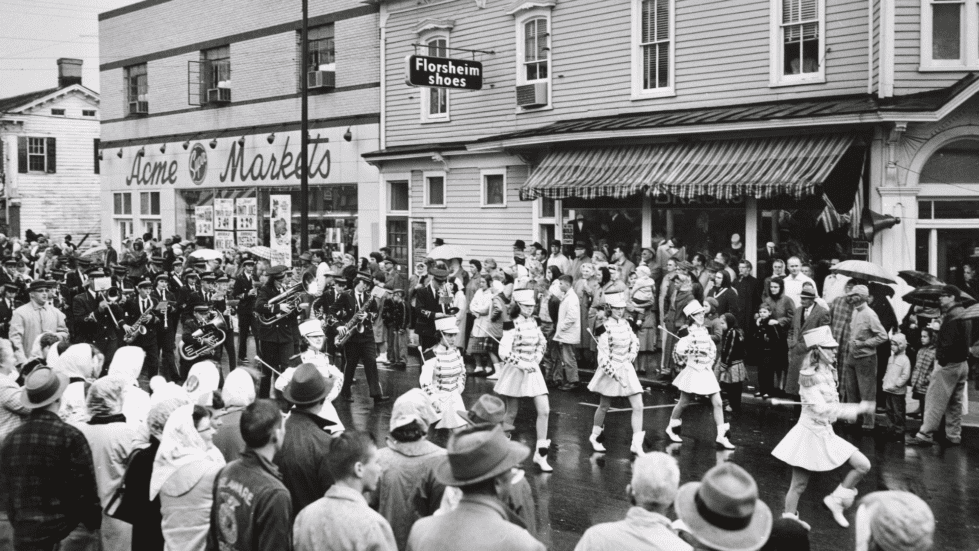 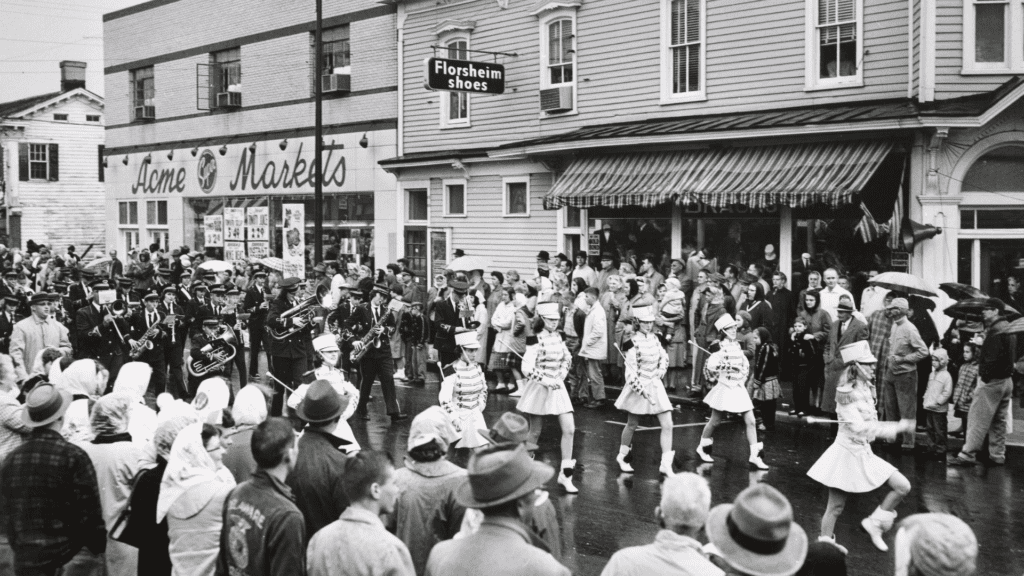 This is the story of cockfighting and barbecued chicken, of oxcarts and ox roasts, of political parties and alcohol-fueled parties and of at least one death.

This is the story of Delaware’s Return Day, an event considered unique in the United States.

Return Day is celebrated on the Thursday after Election Day, in which voters, politicians and other interested folks return to the center of Georgetown to hear voting returns from throughout Sussex County read out loud and certified.

It dates back about two centuries, when it took days to count votes. Just as Delaware itself has changed since the event began, so has Return Day itself.

Today, it’s an official holiday in Sussex, with schools running only a half-day.

“It’s a lot of fun,” said Ronald F. Dodd, who, in 1964, started serving as the town crier who officially announced the results. “Just us, southern Delaware, Sussex County, Georgetown. It was something that nobody else had. It certainly got us together to be nice, after something so divisive as an election.”

Return Day began in 1812, a year after Delaware passed a law that allowed more local polling places and set up a time and place (Thursday, the courthouse of each county seat) to announce returns.

That dating, which corrects earlier thinking, is the result of thorough research by Russ McCabe, the emeritus state archivist, said Jim Bowden, president of the Georgetown Historical Society and a Return Day spectator or participant for more than 50 years.

As Return Day grew in popularity, thousands poured into Georgetown on horseback and by foot, by oxcarts and carriages, and the event outgrew the short time it took to announce results — even with the predictable cheers for winners.

“While waiting for the results the crowd listened to band concerts, wagered on cockfights and engaged in other pastimes,” historian W. Emerson Wilson wrote in the 1974 Return Day program.

In 1860, a New York Tribune writer commented about all the food, liquor and trinkets being sold, and all the huckstering, courting and costuming going on. “Mirth rules,” the article concluded.

“Everyone endeavors to make ‘Return Day’ a hilarious one,” J. Thomas Scharf wrote in 1888, in his influential “History of Delaware.” “Often this crowd presents a motley appearance, some being dressed in costumes which were used in primitive times, and others purposely arraying themselves in an outlandish manner to give more zest to the spirit of the occasion.

“The citizens of the town hold a general reception, and all are expected to help entertain the people, especially if they are friends of the successful party,” Mr. Scharf wrote.

And with nice weather, the eating, drinking and cockfighting continued for another day or two.

All was not jolly. There was at least one death (“The losers quite often did not take their defeat with good grace and in one fight in 1844 a Dagsboro man was killed,” Mr. Wilson wrote) and multiple arrests (in 1862, soldiers hired to guard the polls destroyed what they thought was a Confederate flag).

Better communication technology — telegraph, telephone, radio, television, computers — doomed the electoral reason to meet, but the fun-loving gathering continued, with the Sunday Star in Wilmington in 1936 calling it the “Sussex County Mardi Gras.”

To cope with World War II shortages, Return Day was canceled, starting in 1942.

In 1948, local businessman Nutter D. Marvel led the effort to revive it. Mr. Bowden said Mr. Marvel hoped to bring back the fond memories of his childhood, and his interest in old-time carriages made them prominent in the parade. The carriages are now part of the Nutter D. Marvel Carriage Museum.

At some point, Mr. Bowden said, the tradition became that the winners and losers of each race shared a carriage, with the winner facing forward and the loser facing backward.

Participation could be tough for losers. “It forces you to come and put on a good face,” Charles M. Oberly III, then-attorney general for the state, told The New York Times in 1988.

Participation could also be beneficial. “I think the whole country could use a Return Day,” Democratic U.S. Sen. Tom Carper told Randall Chase of The Associated Press in 2018, praising people who “treat other people the way we want to be treated.”

The tradition of burying the hatchet was adopted from the way that native Americans ended their wars, but a physical hatchet and a box of symbolic sand (from Lewes, Sussex’s first county seat) didn’t become involved until the 1970s, The News Journal reported in 1998.

The hatchet, the box and the sand have been replaced over the decades.

Multiple journalists have written about how much people who work and live in Georgetown like to talk about politics, and all that talk encouraged journalists to print such speculations on the next election as part of their Return Day coverage.

The 1974 program, for example, included a luncheon for candidates, a parade, the reading of the returns, “brief” remarks by 10 politicians, awards (judging for the parade, antique cars and period attire), a band concert and an ox roast.

A Delaware Public Archives album shows barbecued chicken — one of the most traditional of lower Delaware foods — ready for the throngs.

Festivities extended to law firms and homeowners hosting walk-in parties near The Circle, but those open houses largely became invitation-only after 1980, when “a drunk and belligerent busload of New Castle countians” threw food on the floor, broke furniture and had to be ordered out, Ron Williams of The News Journal wrote in 2000.

Return Day has gone on without all the returns: In 1962, the returns for state insurance commissioner were not complete in time to be read.

And it was canceled in 2020 during the pandemic.