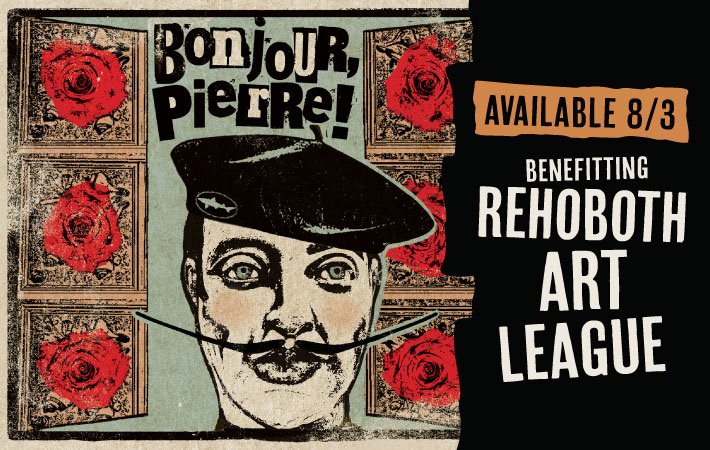 Dogfish Head Craft Brewery will pay homage to its innovative, art-centric roots by honoring the Rehoboth Art League with the release of Bonjour Pierre, a new limited-edition India Pale Ale.

“The inspiration for the beer is Pierre, Rehoboth Art League’s beloved life-sized mannequin, who has been used for decades here as a reference for life drawing, a core component of artistic training,” said Sara Ganter, director of the Rehoboth Art League.

The 6.6% ABV IPA is brewed with toasted rice and flavored with rose buds, rose petals and rose hips.

The result, according to Dogfish, is a beer that gives off an appealing whiff of a summertime garden, inspired by a lazy stroll through the grounds of the Rehoboth Art League.

“These nostalgic sensations are complemented by a blend of floral, herbal and fruity French hops, with aromas of geranium, peach, strawberry and thyme,” the brewery said in a press release.

The beer will be unveiled on Wednesday, Aug. 3 at 11 a.m., at Dogfish Head’s Rehoboth brewpub, Brewings & Eats.

A portion of the proceeds from Bonjour Pierre will benefit the Rehoboth Art League (RAL), a non-profit organization dedicated to encouraging and preserving the arts. 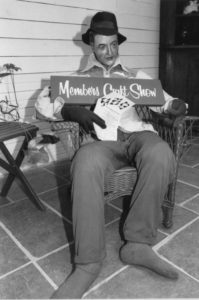 Pierre, Rehoboth Art League’s beloved life-sized mannequin, who has been used
for decades here as a reference for life drawing, a core component of artistic training. (Dogfish Head Craft Brewery)

“We are thrilled to partner with Dogfish Head on its latest Benevolence Beer to highlight the role that our non-profit plays in the community’s artistic development,” Ganter said. “Dogfish Head has been a longtime supporter of the arts, and this collaboration is the perfect way to mark our role in the arts scene—past and present.”

Bonjour Pierre will be available on draft, for on-site consumption, at Dogfish Head Brewings & Eats and to-go in 4 packs of 16-ounce cans at Dogfish Head’s Off-Centered EmPOURium in Rehoboth.

On the evening of the release, the Rehoboth brewpub will also host a Benevolence Night, during which 10% of all proceeds from 5 p.m. through 9 p.m. will be donated to the Rehoboth Art League.

Stemming from the early days of Dogfish Head, its Beer & Benevolence program is committed to giving back to the community through creative collaborations with non-profit organizations.

“Dogfish Head’s Beer & Benevolence beer series takes its initiatives a step further with the release of a series of four beers each year, each conceptualized and brewed with a different local non-profit, with a portion of the beer’s proceeds benefitting the collaborating organization.”

For more information on Dogfish Head’s Beer & Benevolence program, check out this webpage.

To learn more about the Rehoboth Art League, click here. 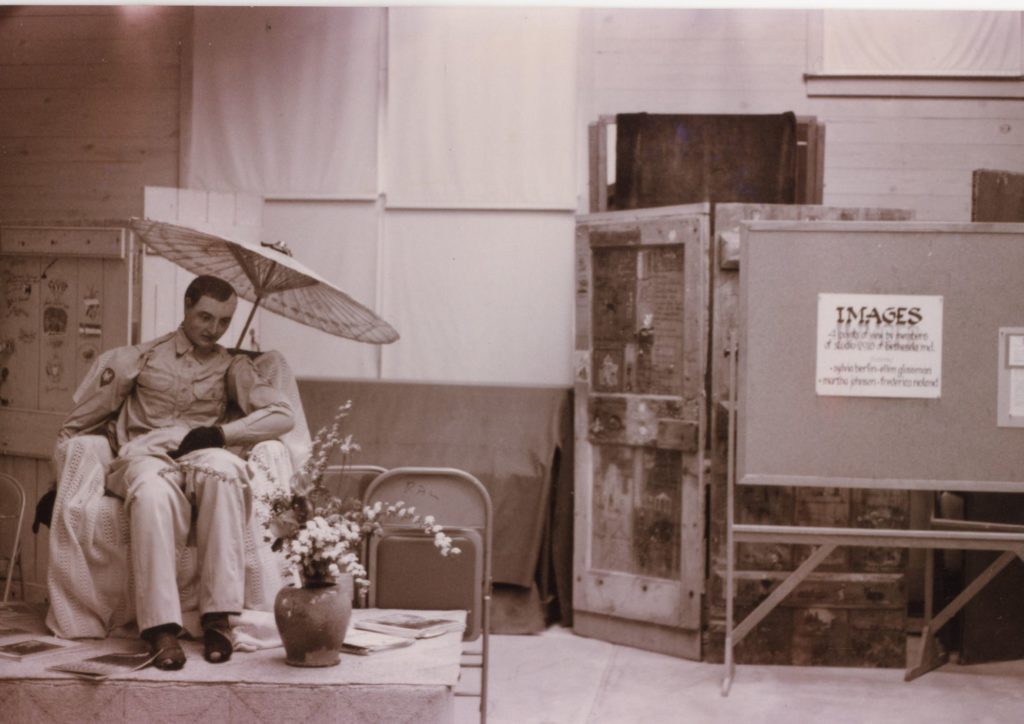 Pierre, Rehoboth Art League’s beloved life-sized mannequin, who has been used
for decades here as a reference for life drawing, a core component of artistic training. (Dogfish Head Craft Brewery)