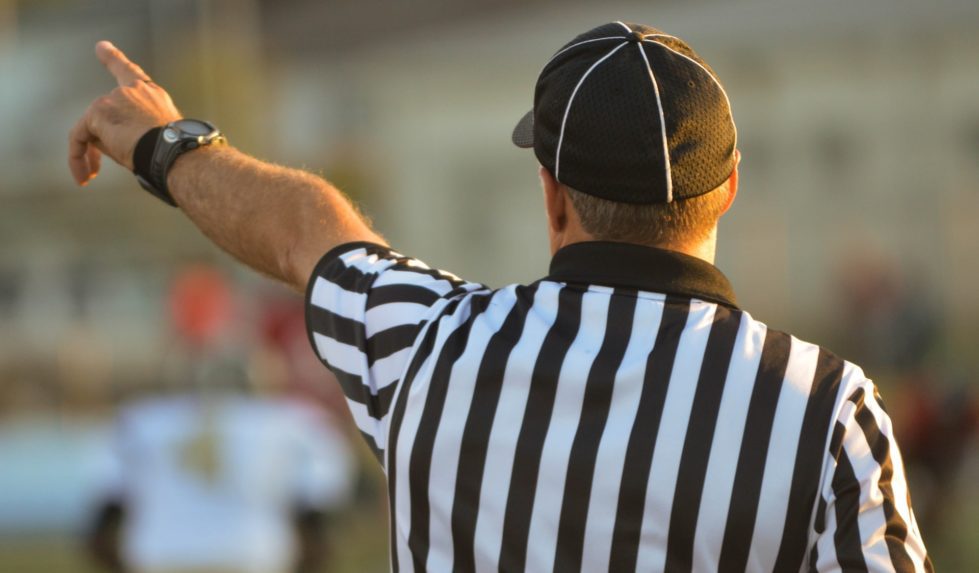 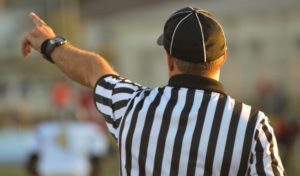 The Delmarva Football Officials Association has agreed to ref the fall football season after stopping work because of a contract issue. Photo by Nathan Shively/Unsplash

The Delaware high school football season had a near miss last week, before the

stepped in to help avert a referee strike.

The Delmarva Football Officials Association had been disputing compensation for the 2022 season and began a work stoppage Aug. 15 – the day high school fall sports can begin practicing.

Gearing up for games often includes reffed scrimmages with an opponent, but handfuls of scrimmages over the past week were canceled or done without officials.

On Friday, though, the officials association agreed with the DIAA to work the upcoming football season. The officials were invited to a Sept. 8 board meeting to present their proposal.

Repeated efforts were unsuccessful this week to reach the Delmarva Football Officials Association for comment.

Historically, the DIAA, Delaware Board of Education, Delaware Association of Athletic Directors and the Delaware Interscholastic Officials Committee have negotiated and agreed upon contracts for all fall, winter and spring sports’ officials.

“The game fees have been talked about and negotiated through ALL 17 officials’ organizations and all ADs/schools since May 2021, and presented to the DIAA for inclusion in the regulations in March 2022,” he said.

Connors said the football officials’ past president and all other presidents were included in more than 30 emails and multiple video discussions.

“They were asked to directly gather data more than a year ago but did nothing,” Connors said. “It seems their group is now saying they were never told anything. “

This proposal was submitted and agreed upon by the DIAA on June 1 of this year with the football officials and others given until July 6 to voice concerns.

No one did, Connors said.

Over time the original five-year contract was shortened to one-year deals that could be negotiated after each school year, Connor said.

This new version of the contract was agreed upon recently and presented to all the officiating departments in mid-July.

The officials said they were told they needed to sign off on the contract by Aug. 15.

But, the officials said, they were never included in negotiation and because of that, they would not agree to, leading to scrimmages being canceled.

The contract offered to raise their pay to $84 per game and continue the flat $10 earned for any official crossing county lines.

The football officials submitted three counter proposals; a flat rate of $100 for all games; $84 per game with the State Employee travel pay structure of $0.40 per mile; or $84 per game with a written agreement that good faith negotiations for 2023 would begin as soon as possible.

Mark Quillen, Seaford head football coach and athletic director  told Delaware LIVE Sports’  Benny Mitchell “it was important to keep in mind that athletic departments work off budgets that put together well in advance of a school year.”

The athletic director association and the interscholastic officials committee had worked out the $84 agreed upon in the July contract, making any rise in pay for 2022 unlikely.