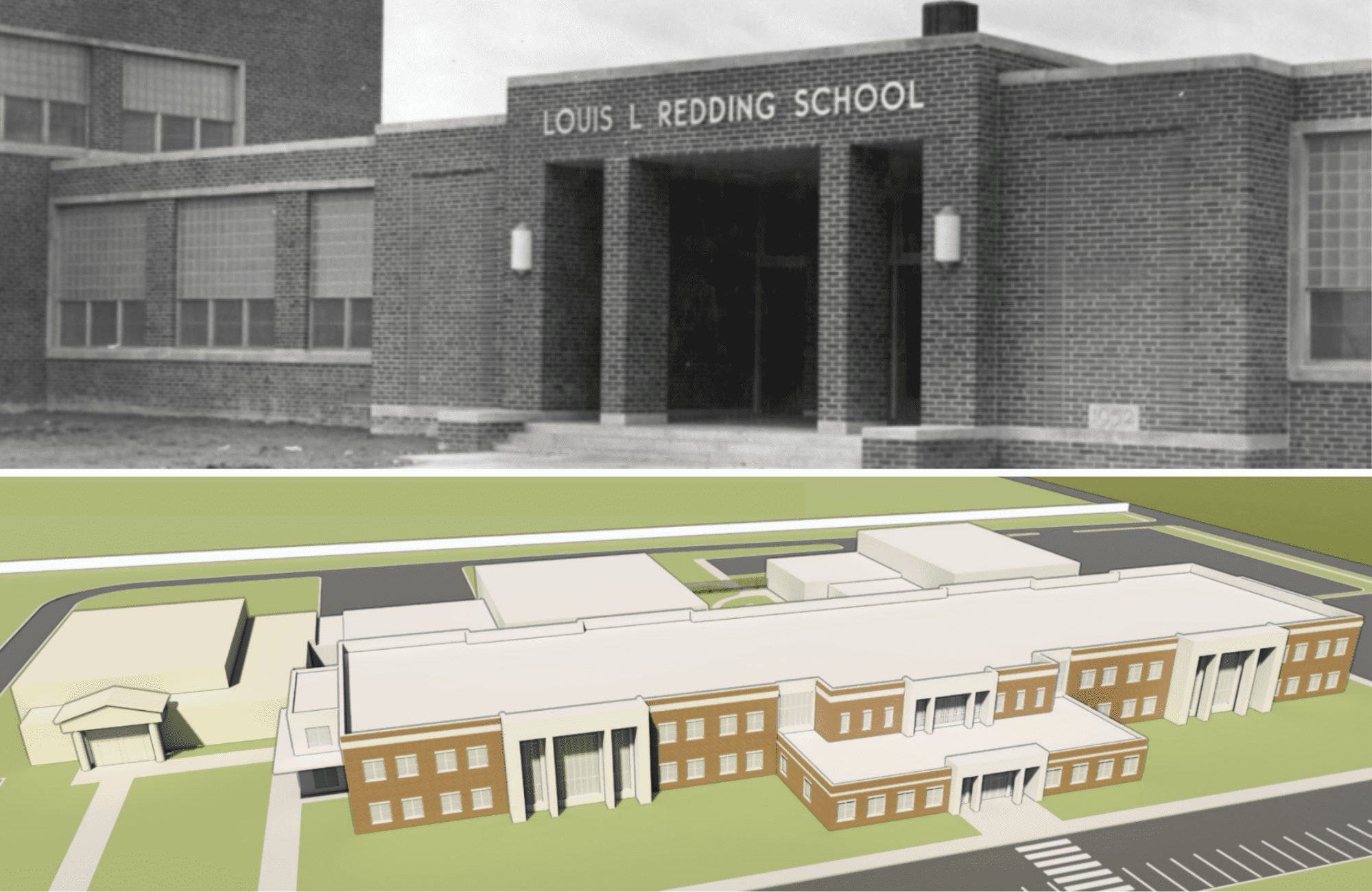 Voters in Appoqunimink School District have overwhelmingly voted in favor of a referendum to renovate and expand the historic Louis L. Redding Middle School in Middletown.

Unofficial results released Tuesday night showed that the measure passed by a vote of 2,992 to 106.

The vote was marketed as a “no tax increase referendum” because the district has already secured the funding for the project through its own savings and the state’s contributions.

The 69-year old Redding Middle School suffers from several outdated and failing systems that are original to the building and have become more expensive to maintain than to replace.

Through a combination of taxpayer money, developer impact fees and growth in the tax assessment base, Appoqunimink School District has committed to funding the local portion of the construction costs — 24% or $13.675 million.

The state will fund the remaining 76% of project costs — $43.305 million — using money it has set aside for major projects like the one at Redding.

Appoqunimink superintendent Matthew Burrows said in a statement that he is happy and relieved the district will be able to give Redding students and staff a school capable of delivering the same 21st-century education as the rest of the district’s facilities.

“I’d like to thank our parents, our staff, our volunteers, and this fantastic community,” Burrows said. “Your support at the polls have made this a very happy holiday for our District.”

“With the successful passage of this no-tax referendum, the residents of the Appoquinimink School District again showed what is important to all of us…community,” she said in a statement.

The passage of the referendum was the result of the “collective efforts of our district community that will allow us to move forward with the renovations and restoration of this special school,” Wall said. “I am confident that the future of Redding will be just as bright as its historic legacy.”

After the numbers were announced to a room filled with volunteers and staff Tuesday evening, former Redding principal and referendum co-chair Cyndi Clay offered some closing thoughts.

“I have been blessed to live in this community all my life. I’m part of the history of Redding,” Clay said. “I was a student here. My husband and all three of our children went here as well. Finally, our turn has come. I’m grateful that the community understood the need and responded to our call for support. What we did today will make a difference in our future.”