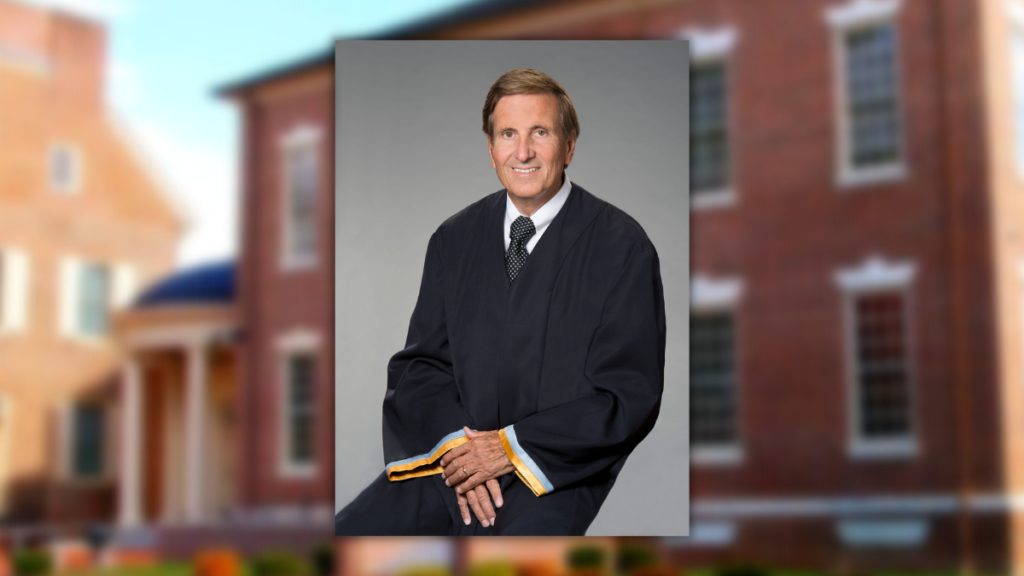 Holland was appointed and reappointed to the Delaware Supreme Court by three different governors and served with four different chief justices during his tenure on the bench.

At his appointment to the state’s Supreme Court in 1986 by Gov. Mike Castle, Holland became the youngest person ever to serve on the state’s highest court.

He would go on to become the court’s longest-serving justice at his retirement in March 2017.

Throughout his 30 years on the bench, Holland wrote more than 700 reported opinions and several thousand case dispositive orders.

“The Delaware Judiciary mourns the loss of one of our greatest public servants,” said Chief Justice Collins J. Seitz, Jr. who served with Justice Holland from 2015 to 2017.

Holland “wrote cogent and authoritative opinions in all areas of the law that have withstood the test of time,” Sietz said. “He championed the highest ethical standards for Delaware lawyers and judges.”

Holland was born on Jan. 27, 1947, in Elizabeth, New Jersey, the oldest child of James Holland and Virginia Holland.

Shortly after his birth, Holland’s family moved to Milford, Delaware. He attended Milford High School, where he was quarterback and captain of the football team and a catcher on the baseball team.

While in high school, he met his future wife, Ilona E. Holland.

Justice Holland graduated from Swarthmore College and the University of Pennsylvania Law School, where he received the Loughlin Award for legal ethics.

He later earned a Master of Laws in Judicial Process from the University of Virginia Law School and was awarded honorary Doctor of Law degrees by the Delaware Law School and Swarthmore College.

After leaving the Delaware Supreme Court, he became Senior of Counsel in the Wilmington office of Wilson Sonsini Goodrich & Rosati.

In 2018 the Randy J. Holland Family Law Endowment was created in his honor for the Combined Campaign for Justice to fund a full-time fellowship position to serve the family law needs for low-income families.

U.S. Sen. Tom Carper reappointed Holland to his second term on the bench when he was governor.

“His longevity on the bench was a result of his broad knowledge of the law and of our state, and the respect and professionalism he upheld on and off the bench,” Carper said. “Delaware – and its judicial system – is a better place because of his service on the bench.”

“Justice Holland was a true public servant and a steady source of wisdom on Delaware’s Supreme Court for more than three decades,” Carney said. “He had a deep knowledge of the Constitution and Delaware’s unique history. His books on the Delaware Constitution have served as a guide for countless public officials in our state. And I have personally sought his counsel many times during my time in office.”

Senate Democrats have been working closely with Holland throughout the last several months as he provided guidance on the best way for the Senate to address the potential removal of embattled State Auditor Kathleen McGuiness, who is under indictment on corruption charges.

“We were blessed to work alongside Justice Holland over the last five months as he guided us through unexplored sections of the Delaware Constitution,” Senate Democratic leaders said. “During that time, we discovered Justice Holland’s reputation was well deserved, but also somehow fell short of capturing the kindness, humor, and grace he brought to every meeting and phone call.”

House Democrats said the legacy Justice Holland leaves behind is “unmatched in the history of Delaware jurists and all who dedicate their lives to public service in our state.”

“Many of us had the great privilege to have known Justice Holland personally and developed cherished friendships with him over the course of our lives and careers,” the Democratic leaders said. “He was eminently thoughtful, completely trustworthy, and utterly kind.”

“The state of Delaware and all of us who call it home are better off because of the life and work of Justice Randy Holland.”