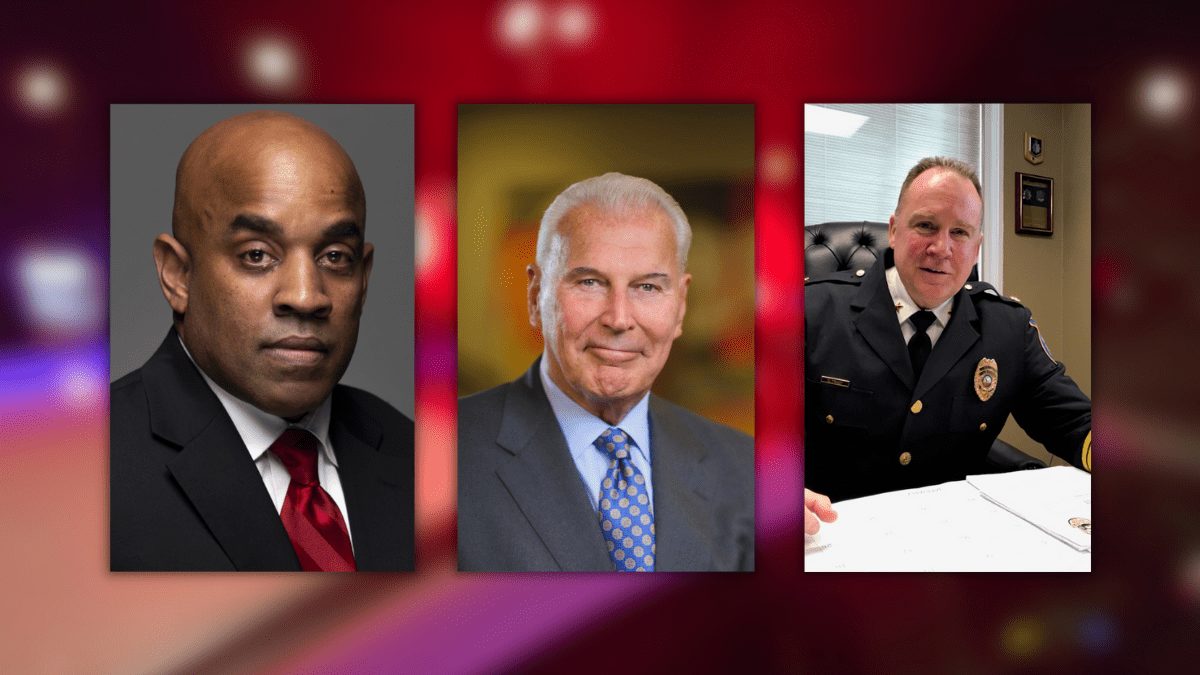 The mayor of Wilmington and the union that represents the city’s police officers are pushing back against the City Council president’s claims that the department is failing to promote diversity and morale within its ranks.

After leading the City Council to a Jan. 20 vote of no confidence in police Chief Robert Tracy, Council President Trippi Congo upped the ante last week.

Congo shared a photo of a trophy that was given to a Black detective by a white male superior which includes an engraved plaque that reads “Whitest Black Guy in the Office Award” and said it illustrated systemic problems within the department’s ranks.

Mayor Mike Purzycki fired back Monday, saying, “City Council president’s baseless attacks on the Wilmington Police Department are doing irreparable harm to the department and to law enforcement in the city. Trippi Congo’s charges were cheap shots — easy to make but with absolutely no specifics — and that’s completely irresponsible for a person in his position.”

But the Fraternal Order of Police Lodge No. 1, the group that represents police officers in Wilmington, weighed in, calling Congo’s actions “abhorrent” and said sharing the photo of the trophy was “despicable and self-serving and furthermore has put more than one officer in a position they frankly don’t deserve.”

Tracy was appointed by Purzycki in April 2017.

The council vote, which passed six to four, recommended a third-party audit of the department’s policies and practices.

An online petition expressing support for the chief and police department has since gathered more than 1,100 signatures.

Purzycki said that while the trophy was “given in jest to an African American detective who displayed it on his desk,” such behavior “has no place in our police department or any city government office which is precisely what Chief Tracy said last week when he opened an investigation into the trophy matter.”

He said race-related jokes are “out of bounds, regardless of how it was intended within the police fraternity.”

“But to suggest, without having all the facts as the council president did, that this is somehow indicative of some defect in the culture of the department is patently false and damaging to police-community relations.”

Mike Groark, president of FOP Lodge No. 1, wrote in an open letter that “the council president has no experience nor a frame of reference to comment on anything that goes on within the confines of 300 N. Walnut Street, and certainly has no business or authority to speak on the working conditions, culture or the morale of the officers of the Wilmington Police Department.”

300 N. Walnut Street is the address for the department’s headquarters.

Groark argued that there were numerous options for Congo to have reported allegations of harassment or workplace hostility rather than holding a “vote of no confidence” and publicly shaming the chief.

If he didn’t feel comfortable with those options, Groark said, “he has available to him any of the 18 members of the FOP Lodge No. 1 board of directors, three of which are assigned to the Criminal Investigations Division, including an African American male and female.”

Groark said Congo also could have reported allegations to the director and deputy director of the city’s human resources department, both of whom are African American females.

“All these options are also available to members of the Wilmington Police Department,” the union president said.

“What is alarming to our members is the fact the council president is knowingly and intentionally not reporting what he is being told in the appropriate manner,” Groark continued. “If he truly cared about the culture and morale of the Police Department and had legitimate concerns about police officer’s health and welfare, he would not have reported an incident directly to his personal Facebook page. He would have used any of the above-mentioned means in order to initiate a conversation with the chief of police or any officer of the command staff.”

After sharing the image of the trophy, Congo accused the city’s police chief of demonstrating “resistance and a pattern of failure to provide information when requested, including any ideas to increase communication, transparency, diversity and police reform.”

Those critiques represent an about-face from statements Congo made in April 2021 after the city’s police academy graduated its most diverse class of officers in history.

“Hats off to the mayor and to Chief Tracy for listening to Council, listening to the community, and making this class diverse,” Congo said at the time. “To be representative of the community that we’re a part of, I think it’ll go a long way in those relationships.”

Purzycki said Congo “apparently forgot” that he had congratulated Tracy on department diversity and noted that the upcoming 101st Police Academy is poised to be even more diverse than the last.

“The council president ought to be congratulating the two African American police officers with decades of knowledge and experience — Inspector of Administration Charles Emory and Capt. Anthony Bowers — who are in charge of recruitment and have produced these very encouraging academy results,” Purzycki said.

The mayor reiterated that 60% of the city’s police department identify with at least one minority group.

According to Purzycki, of the 301 current sworn police officers, 104 or 35% are minorities. That includes 56 African American males, 15 African American females, 19 Hispanic males, 9 Hispanic females, and 4 males and 1 female from other racial or ethnic backgrounds. 45 officers, or 15 percent of the city’s police force, are females.

“Congo’s statements and insinuations have caused harm and are diverting attention away from our city’s most urgent priorities,” the mayor said. “Too many of our neighborhoods are among the most violent in the country. Our social structures are broken, and our support systems are inadequate. Until we improve them and uplift our struggling neighbors, we rely on our police department to keep our citizens safe.”

Purzycki said Wilmington officers have taken nearly 300 guns off the street in the last year alone, as well as arresting offenders and chasing them “down the darkest alleys to do it.”

“Ironically, while Mr. Congo complained loudest about low morale,” he said, “I cannot imagine anything more divisive and damaging to the department’s morale, and consequently its performance, than leveling unwarranted charges against its leadership.”

Purzycki said that his administration remains committed to promoting diversity within the Wilmington Police Department and argued that those efforts have only been strengthened since Tracy’s arrival in 2017.

“Trippi Congo has been in office since 2009 and today he holds the highest position in the legislative branch of city government,” the mayor said. “It is his duty and responsibility to espouse points of view that have some basis in fact. There is too much misinformation and misunderstanding pulling people apart today.”

Purzycki encouraged Congo to “read the quarterly recruitment reports that are sent to Council and released publicly because again, facts matter.”

Groark said Congo’s “latest smear” along with the vote of no confidence make it clear that “the council president is engaged in a personal political campaign at the cost of all the members of FOP Lodge No. 1.”