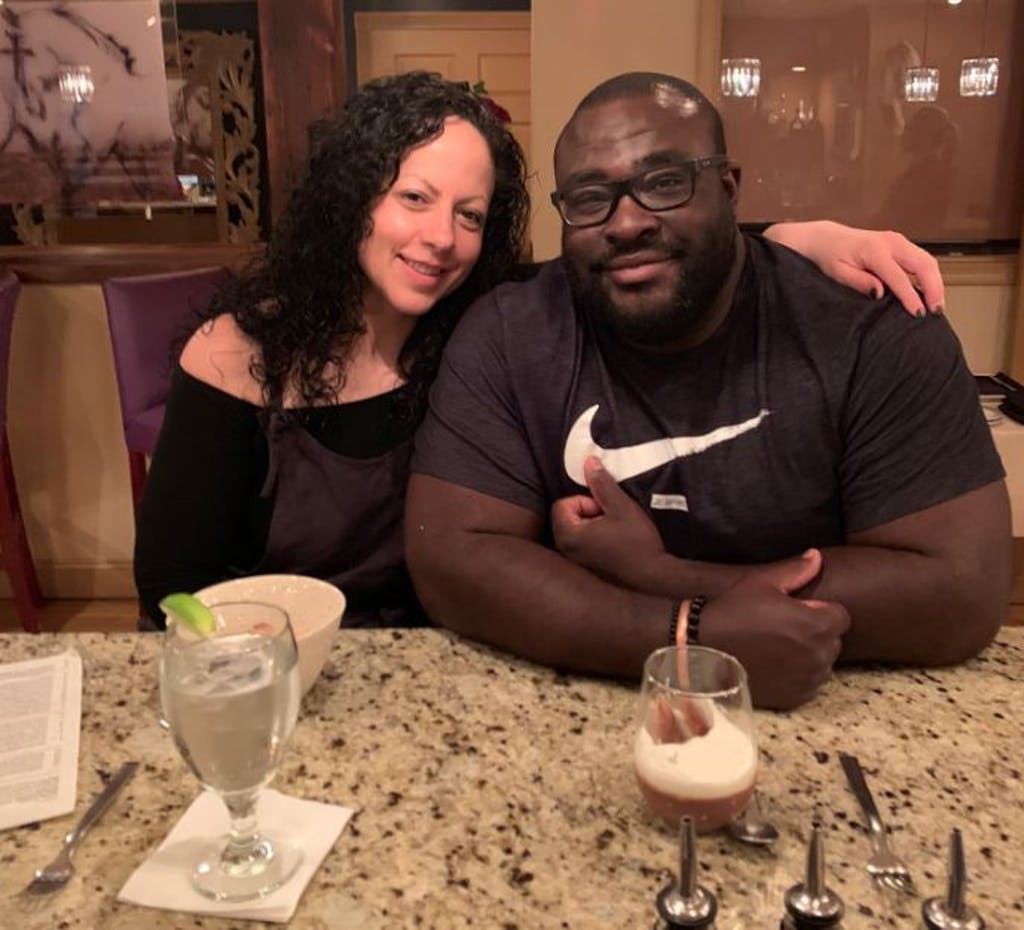 Chefs Gerald Allen and Natalie Eguez have cooked their ways from Delaware to Arizona and back.

On Valentine’s Day, customers of SIW farm stand and Swigg, a wine and spirits boutique, will savor a multicourse meal made with love.

The creators, chefs Gerald Allen and Natalie Eguez, have been married for more than 10 years.

The culinary couple has cooked their way from Delaware to Arizona and back again. They’ve worked in restaurants and hotels.

But last summer, they found local fame at SIW in Chadds Ford, where their weekend multicourse meals featured smoked meats and the farm’s fresh vegetables.

“We have a following of about 30 couples and families now, and we are so grateful for their support,” Eguez said. “They continue to spread the word and even buy meals to share with their friends and neighbors. It’s heartwarming. Breaking bread is such an awesome way to come together, and I’m glad to provide that in such crazy times.”

Eguez grew up in Tempe, Arizona; Allen is a native Delawarean. Both come from families that make food the focus of any gathering.

“For both of us, cooking has always been a passion,” Eguez said. “It was our first job — really the only thing we’ve ever done.”

Allen remembers the wood-burning stove that his father used for cooking. “I can still picture that woodstove and smell all the smells.”

The couple met at Johnson & Wales University in 2003, and during summers, they moved to Lewes, where Allen has family. Both worked for the late Matt Haley, who at that time was just building SoDel Concepts, a hospitality company. 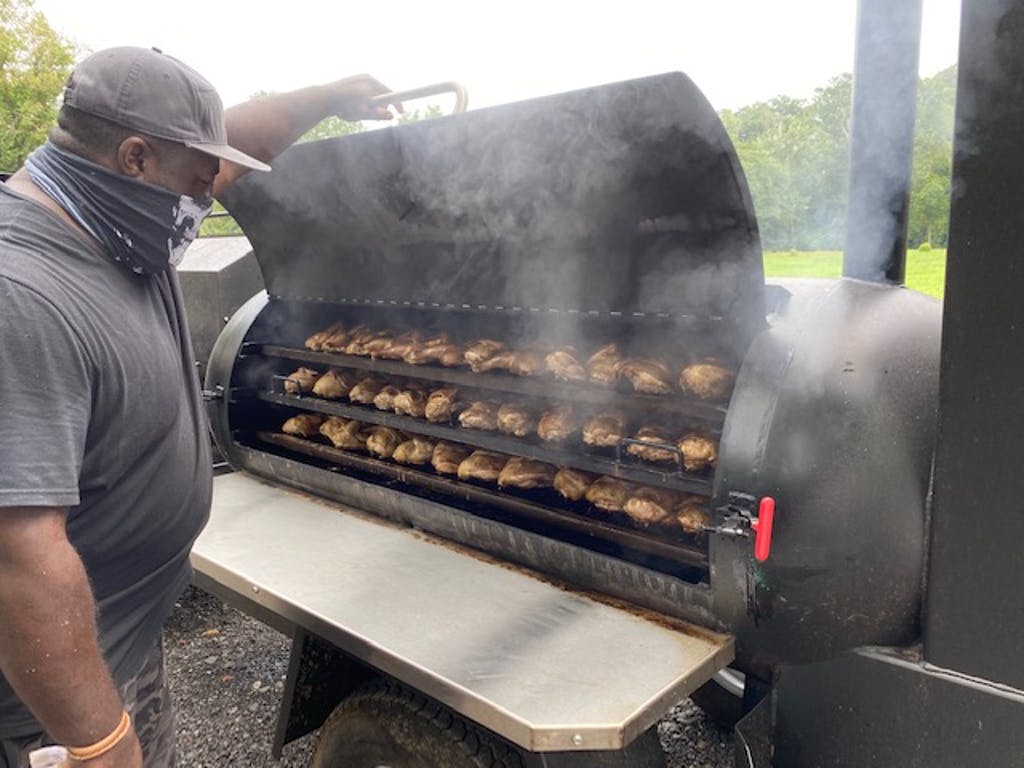 The couple caught a lot of diners eyes with their summer dinners featuring vegetables from SIW.

“Matt Haley told me I was going to come back home and cook the food I grew up eating,” Allen recalled. “He was absolutely right.”

In Arizona, Allen worked in restaurants that featured smoked dishes. He began to see a common thread. Indeed, when the couple drove back to Delaware with their two children, they stopped at more than 30 barbecue spots.

They collaborate on catering jobs, meal prep and dinners, including the SIW gig.

“I think we complement each other rather well,” Allen said. “We both have our own styles that kinda meet in the middle somehow, almost effortlessly.”

He just does whatever she says — “life is easier that way,” he riffed. “In all honesty, it has been a blast working with her. She’s a super special person.”

Along with cooking, Allen has a knack for relationships, his wife said.

“It’s never been about making the most money,” Eguez said. “It’s about building connections with the community.”

One of his connections is farmer H.G. Haskell, owner of SIW in Chadds Ford. The two met when Allen helped a chef prepare one of the popular Field to Fork dinners, which take place in Haskell’s barn on Hill Girt Farm.

“During the dinner, I voiced my desire to do my own,” Allen said. “We spoke often about it and maybe doing some smoked chicken at the stand. He welcomed all my ideas with open arms.”

For Valentine’s Day, the chefs will create a $69 dinner for two with three courses, including crab cakes with oven-roasted potatoes with truffle aioli.

For Swigg, located in Independence Mall, the chefs have a five-course meal with scallops and smoked oysters. The main course is ribeye and braised short rib with miso-glazed smoked carrots. The price is $190.

Both meals must be preordered and picked up on Feb. 13. Email [email protected].

Expect to see — and eat — more from these chefs.

“We have big plans for the future, but they are somewhat secret for now,” Eguez teased. “We want to keep working with the local community and SIW. We believe in building a strong local following and giving back to the community as well.”