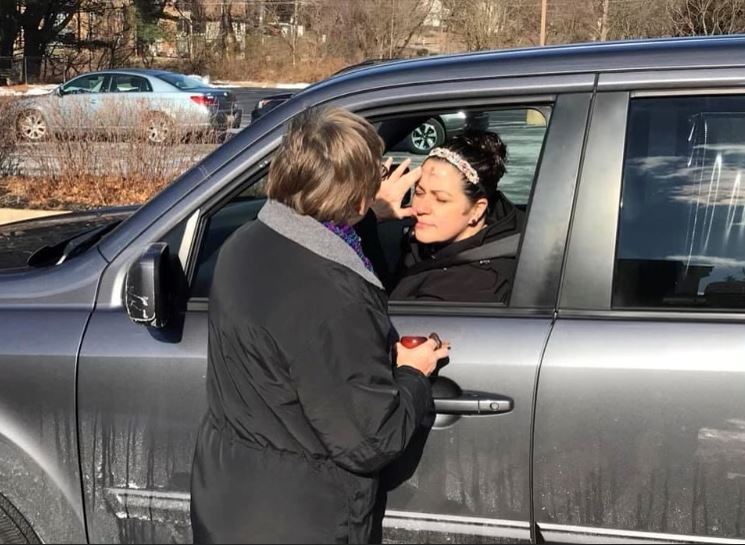 Police do it. Postal workers do. Even punkinheads in pumpkin seats do it.

In the five years that Skyline United Methodist Church has offered a drive-thru ash anointing service, hundreds of people have motored through the church lot from 7 a.m. to 7 p.m. to be marked with ashes at the start of Lent.

“It started as as outreach effort to serve the community,” said the Rev. Ruthann Turner, pastor of the church.

Many working people have a hard time making it to an Ash Wednesday church service, she said.

The drive-thru started before she became pastor two years ago. When she did, she asked the team to track who came through.

Of the 150 who did that day, about one-third were church members. The rest were people from the area, many of them Catholic, Turner said.

“Most of them were talking about how they were unable to get to their church at the times they offered it, but it was still important to them to try and get them,” Turner said.

Their Facebook page shows photos of a police officer and U.S. postal worker who dropped by to get them. It also shows photos of families, including a baby in a carrier with an cross of ash on her forehead. 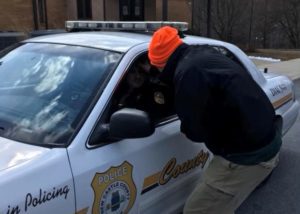 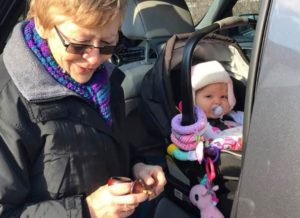 Some of the drive-thru customers can’t even walk yet, much less drive through. 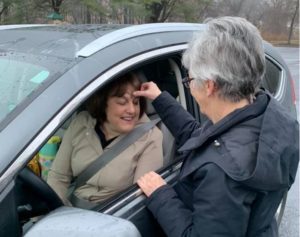 About one-third of the ash drive-thru’s attendees are from Skyline Methodist.

The practice is a reminder that we all die and should prepare for that death by reconciling with God, Turner said.

Those are major themes of the 40 days of Lent, a period of reflection and prayer to prepare the faithful for the joy of Jesus’s resurrection on Easter.

Last year, as the winter COVID-19 surge was waning, the church decided to switch to an evening Shrove Tuesday pancake and ash giveaway to avoid human contact.

Shrove Tuesday was typically a three-day period in which believers celebrated and used up things like sugar and lard to clear their pantries for the seriousness of Lenten reflection. Many churches still celebrate that with pancake dinners.

Each Skyline visitor was given two individually wrapped frozen pancakes and a small container of ashes, with instructions on how to apply the ashes.

“But this year we’re back to doing it the way we have always done it,” Turner said.

The church typically puts out signs in the neighborhood letting the community know the drive-thru is back. It also posts the event times on social media. 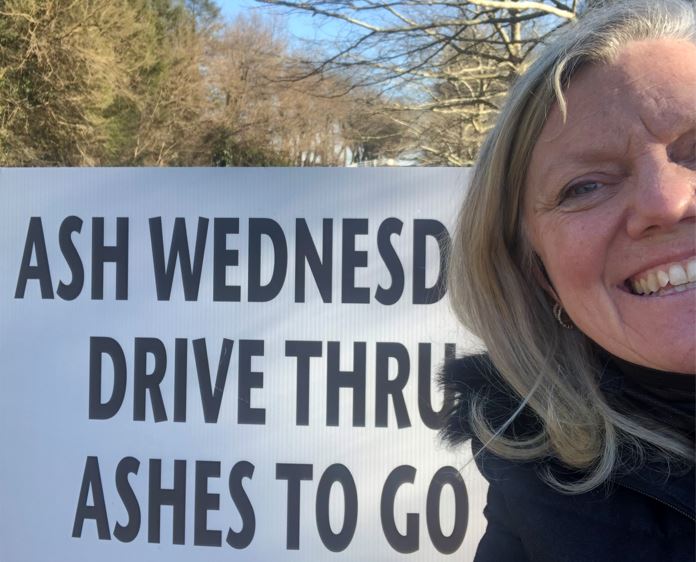 Turner makes the ashes herself with a bonfire of palms left over from the previous year’s Palm Sunday, which celebrates Jesus’s entry into Jerusalem. Many Palm Sunday church services include the congregation waving palms during part of the Biblical story.

The pastor then mixes the ashes with a little oil so they stick on foreheads.

Those anointing the car occupants typically say “remember that you are dust and to dust you will return” and “repent and be forgiven.”

The church members also ask the car occupants if they have any prayer concerns, and if the visitors do, the team will pray with them.

While the ceremony is somber, “we also find hope in that because that’s not the end of the story,” Turner said. “You know, Jesus says, ‘I’m the resurrection and the life,’ and we believe that we can overcome this death.”