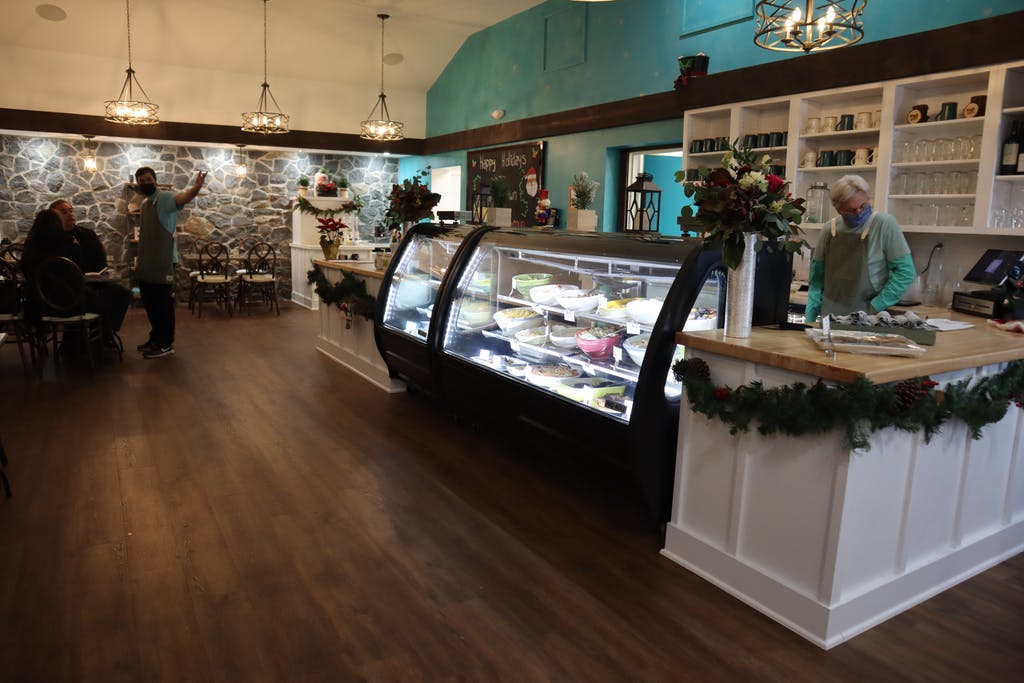 When Chris Blackwell was growing up, he spent summers cleaning the offices of the family business, Blackwell & Son.

The painting company, which was founded in 1908, once proudly advertised: “We Paint Anything.” Workers put fresh coats on furniture, residences, cars and DuPont plants.

Blackwell, a University of Delaware graduate, added to the family legacy by starting Jamestown Painting, which is headquartered in Newark. The company also has locations in Dagsboro as well as Fort Myers and Brandon, Florida.

Meanwhile, in 1997, the painting company’s former office on West Fifth Street became the home of Movable Feast, a gourmet carryout shop and restaurant.

In spring 2020, however, Blackwell brought the building back into the family fold. He purchased the property and partnered with Paul Bouchard to open Park Café in the space.

“I could never have imagined that the Blackwell & Son shop that I spent many summers cleaning could ever be transformed into such a great space,” he said.

“I’m sure that it will be an emotional day the first time that I can sit and eat with my parents at Park. They say it’s hard for a family business to survive the next generation and here we are five generations in — and we even have a new, different business.”

The café opened on Jan. 4, but it’s not Blackwell and Bouchard’s first culinary rodeo. 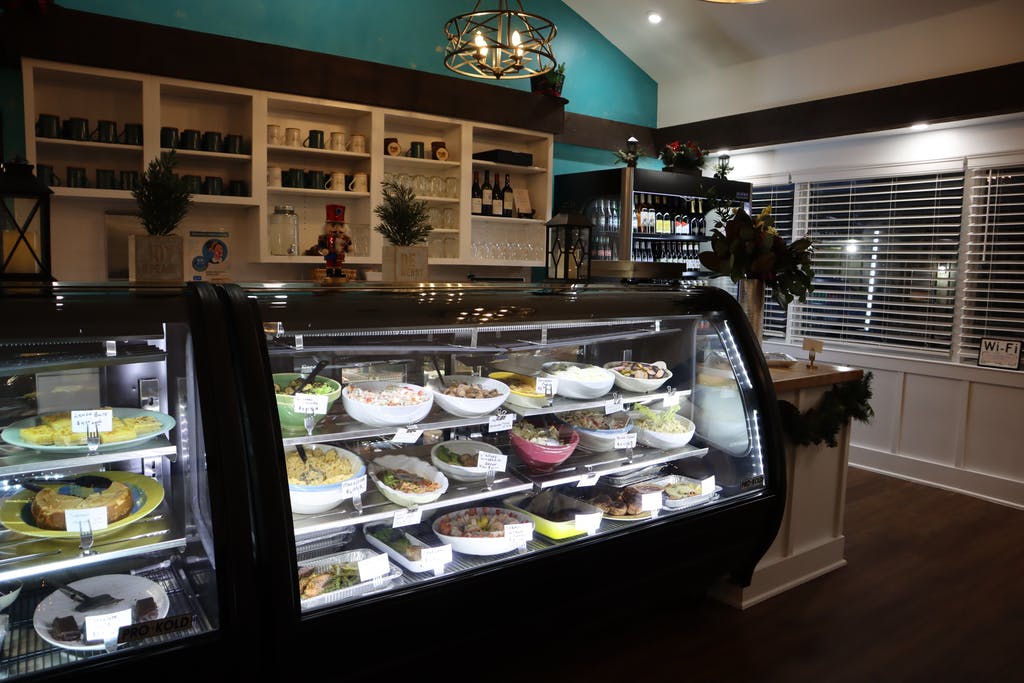 The new initiative takes the partners out of Wilmington’s downtown district.

“Park Café is an ode to the neighborhood Wawaset Park,” Bouchard said. “We want residents to feel welcome, and for the café to be part of the community.”

Former Moveable Feast customers such as Chuck Hall are pleased to see that a carryout shop and café have returned to the space.

“It’s within walking distance from all neighborhoods, making Park Café attractive to visit,” said Hall, who is a “man about Wilmington.” “The setting is awesome with a patio that will become a favorite lunch or dinner spot with friends. With a liquor license, it’s the place to be seen.”

Bouchard acknowledged that the patio is part of the 3,000-square-foot building’s appeal. The kitchen is another perk; it will serve as the headquarters of Jamestown Catering.

The layout remains similar, and the exposed silvery stone wall remains. So does the patio, which now sports porcelain tile.

A turquoise accent wall is a bright contrast to espresso-colored beams and white wainscoting. With its high ceiling — raised about 6 feet — and new hardwood-looking vinyl floor, the small space looks remarkably open and cheerful.

The partners made major infrastructure improvements. In addition to a new patio and flooring, they installed a French drain system, new roof, HVAC system and parking lot.

“We had to redo almost everything,” Bouchard said.

As for the food, longtime Tonic chef Patrick Bradley oversees the kitchen, which has been turning out soups, salads and sandwiches along with such prepared dishes as almond-crusted halibut, curry-coconut chickpea cakes, bacon-wrapped filet mignon and Asian-style cauliflower steaks.

With items such as harissa hummus and wheatberry-and-beet salad, it’s clear that Bradley and company are inspired by Middle Eastern flavors. They also want to satisfy vegetarians’ appetites.

But “the root” of the concept is American, Bouchard maintained.

Customers order at the counter and the staff — supervised by Maura Mirachi, a former Movable Feast manager — bring the food to them. 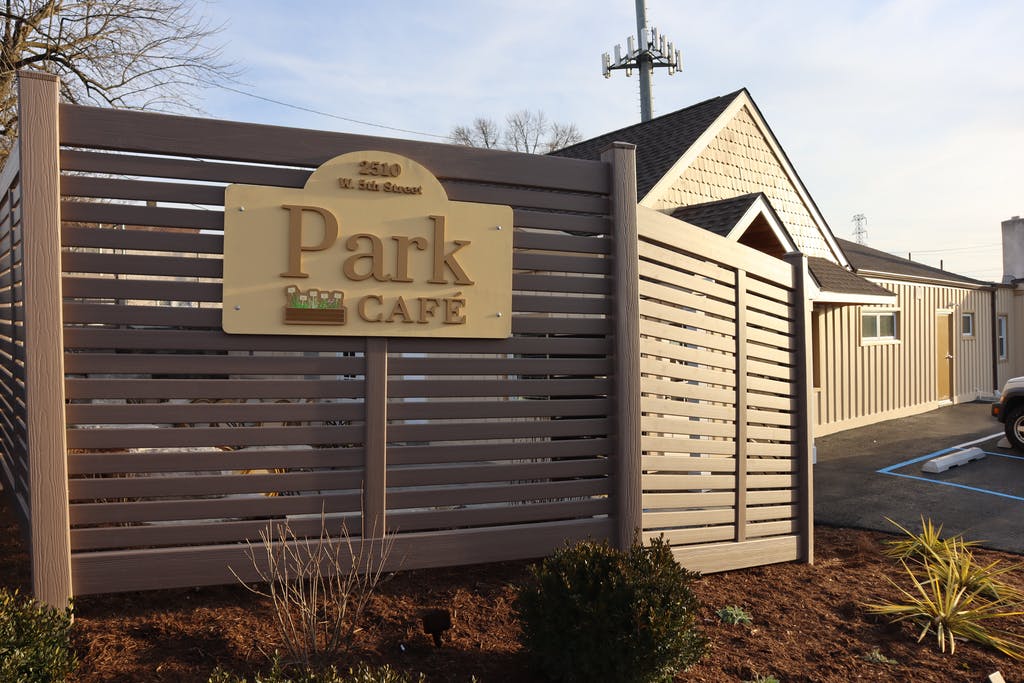 Movable Feast, which opened in 1988 on nearby North Lincoln Street, closed in 2018 after the sudden death of Steve Horgan, who owned it with his siblings.

Bouchard said members of the community have requested the return of Movable Feast’s events, such as the monthly wine dinner series, which often sold out.

For now, he said, they’re just “happy to have their old gathering space back.”