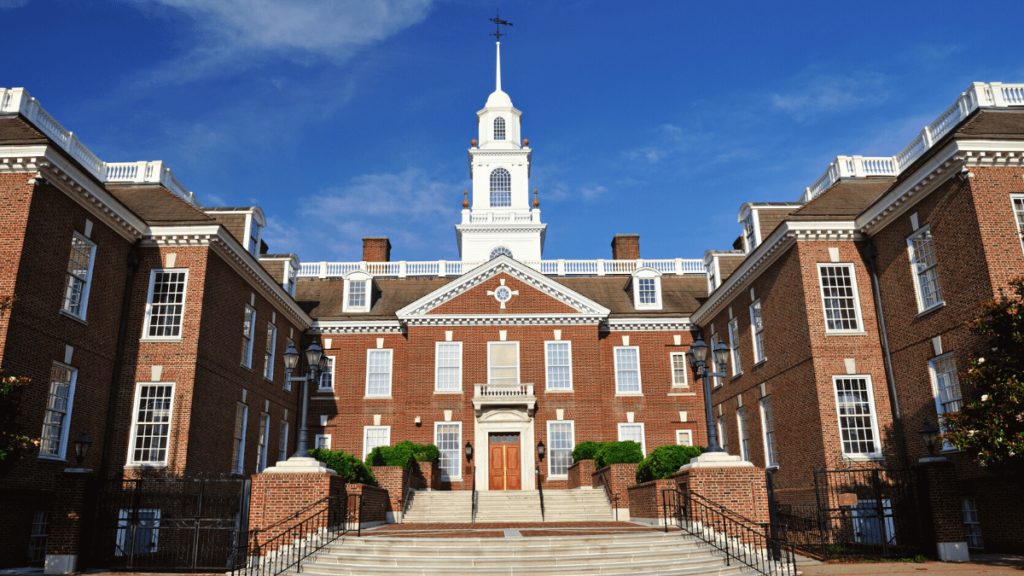 Paid family and medical leave in Delaware moved one step closer to becoming a reality Tuesday after the Senate passed a bill to create the program along party lines.

The bill, sponsored by Sen. Sarah McBride, D-Wilmington North, will now advance to the House of Representatives.

The Healthy Delaware Families Act would create a statewide insurance program to provide up to 80% of wages for eligible Delaware workers for up to 12 weeks per year for parental leave and six weeks over two years for caregiving and medical leave.

The program would be funded through a 0.8% payroll contribution split between the employer and the employee. For example, an employee who makes $1,000 per week would pay $4 per week and so would their employer.

“Today, because of our work, there will be millions of Delawareans for generations to come, who when they face the most human of experiences, will have this basic but necessary support system to rely on,” McBride said.

Senate Republicans, all of whom voted against the measure, said the law would have an adverse impact on small businesses.

Many pointed to record inflation and rising gas prices to suggest that now is not the time to impose additional financial burdens on struggling employers.

Others said that arguments in support of the measure are rooted in emotion, rather than the harsh realities business owners confront as they try to make ends meet.

“The concern lies with our small businesses here in Delaware,” said Senate Minority Whip Brian Pettyjohn, R-Georgetown. “Small businesses that right now are struggling to hire employees — to find warm bodies — in order to do whatever it is they do.”

Sen. Colin Bonini, R-Camden, said he supports paid leave in principle but doesn’t support it being implemented by way of government mandate.

Instead, Bonini argued, businesses should be given tax incentives and other benefits to implement programs on their own.

“Why do we in this building think that we can push that on to employers out there who are already doing it themselves,” he asked.

“We seem to do this a lot, especially in the last several years, where we have a goal — one that everyone agrees with — and we say ‘you’re going to do this and you’re going to make it work’ as opposed to saying ‘what can we do to help you do this?’”

McBride responded to Republican concerns by saying, among other things, that her bill is a product of compromise, and that she included small, medium and large businesses in conversations about paid leave.

McBride emphasized that those figures don’t refer to the total number of employees an organization employs, but the total number that qualify under the law. That means seasonal workers, part-time employees and independent contractors would not count toward the 10- and 24-employee limits.

Pressed by Senate Minority Leader Gerald Hocker, R-Ocean View, as to why she did not exempt companies with 24 employees or less from the bill altogether, McBride said she would have preferred it if no companies were exempt.

“Candidly senator, I would prefer this … to apply to employers of every size because employers with eight employees have employees that need this benefit just like employers with 30 employees,” she said. “But this was a byproduct of the compromise.”

Republicans said they were concerned with the bill’s $17.7 million fiscal note and questioned whether the Department of Labor — which has been plagued with staffing concerns and delays in getting unemployment funds out the door — is equipped to run a program of such magnitude.

While the bill has earned the support of some businesses, others have argued that the cost would be too great.

While many chambers of commerce have objected to its passage, the state’s largest chamber on Tuesday morning expressed timid support for the legislation.

“When the first iteration of the Healthy Delaware Families Act—or Senate Bill 1—was introduced in 2021, we were concerned about the major impacts it would have on the business community, particularly on Delaware’s small businesses,” the Delaware State Chamber of Commerce said in a press release.

The group said throughout the last year, its members have engaged with key partners and addressed concerns with McBride.

The result, they said, more closely reflects the Federal Medical Leave Act and provides clearer definitions and more time for employers to evaluate their current policies, react, and plan for the future.

“As we continue to look at the bill, we are pleased that it is increasingly closer to a policy that allows both employers and employees to appropriately deal with life events while recognizing the economic realities of running a business,” the chamber concluded.