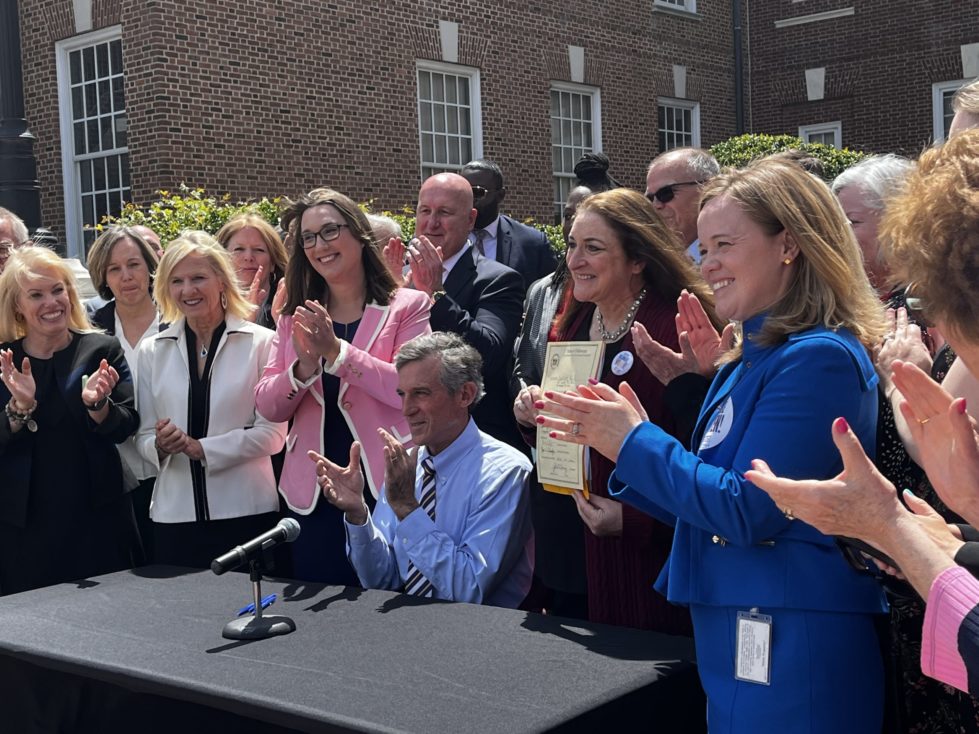 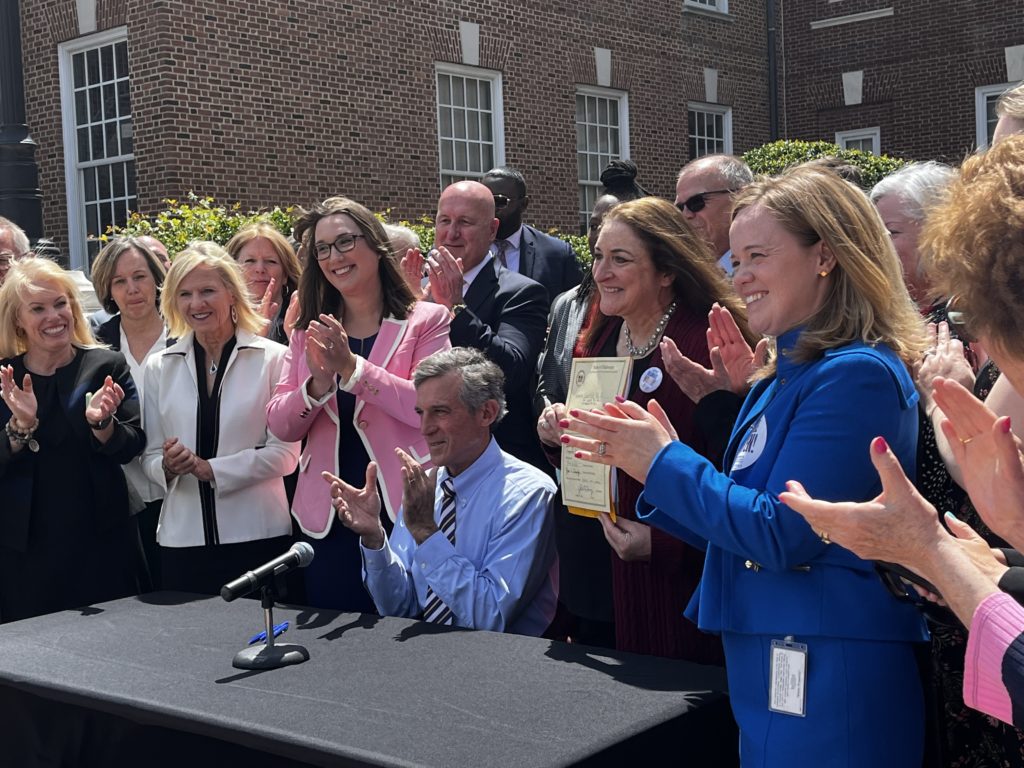 Delaware has become the 11th state to offer a paid family and medical leave program to new parents, caregivers, and those with serious illnesses.

Flanked by lawmakers and activists, Gov. John Carney on Tuesday signed Senate Substitute for Senate Bill 1 into law after a year-plus long campaign to gather support from stakeholders in government, labor and business.

Employer and employee contributions to the program will begin in 2025. Benefits will be available beginning in 2026.

“We can’t stop all loss or prevent every challenge, but we can make life a little bit easier for people when hard times hit,” said Sen. Sarah McBride, D-Wilmington, the bill’s primary sponsor. “That’s exactly what paid leave will do.”

McBride said the bill, which provides 12 weeks of paid leave for new parents, will help uphold the “most Delaware of values: that in a state of neighbors we share a duty to care, to look out for one another when we need it most.”

The bill also guarantees six weeks every two years for workers with serious health conditions, to provide care for a family member who is sick, or to adjust to a family member’s military deployment.

Workers will not be able to take more than 12 weeks of total paid leave in a given year.

Benefits are capped at 80% of an employee’s salary or $900 per week, whichever is less.

Companies with 25 employees or more are required to participate in the program, which will be funded through a 0.8% payroll contribution split between the employer and the employee.

For example, an employee who makes $1,000 per week will pay $4 per week and so will their employer.

“We also know that running a business is really hard,” Carney said. “You have to make sure that you can pay the bills and your employees. What I, like all the legislators behind me and so many in our business community believe strongly is that the interests of business owners and their employees are not mutually exclusive. In fact, they’re inextricably related.”

While that might be true, said Bob Older of the Delaware Small Business Chamber, the cost of the program will place yet another burden on businesses that many simply can’t afford.

Older said aside from the tax, there will be indirect costs companies will have to absorb, such as the cost of training temporary employees to fill vacancies.

“There’s a cost of training somebody new, there’s a cost of them having to pay that new person, and there’s a difference between if this is a clerical person, or an office manager or a specialized employee, or even in the restaurant industry, a server or a bartender,” he said.

He would have preferred for the bill to wait until small businesses had time to recover from the pandemic.

“I thank Sen. McBride for at least listening to the Small Business Chamber and giving us the exemption for small businesses,” Older said. “We’re the only state that has that exception, which will be really helpful for our small businesses.

“Instead of bulldozing her way through, she did what every legislator should do, and that is listen to both sides and come up with something that is going to be a little bit more fair,” he added. “I’m still not in favor of the bill itself.”

Introducing the bill after the “devastation small businesses have faced” in the last two years was “a mistake,” Older said.

But with Tuesday’s signing, there’s no stopping it.

“We are showing that small states can do big things,” McBride said. “And because of everyone here, there will be generations of new parents who will be able to access time to spend with their new child.