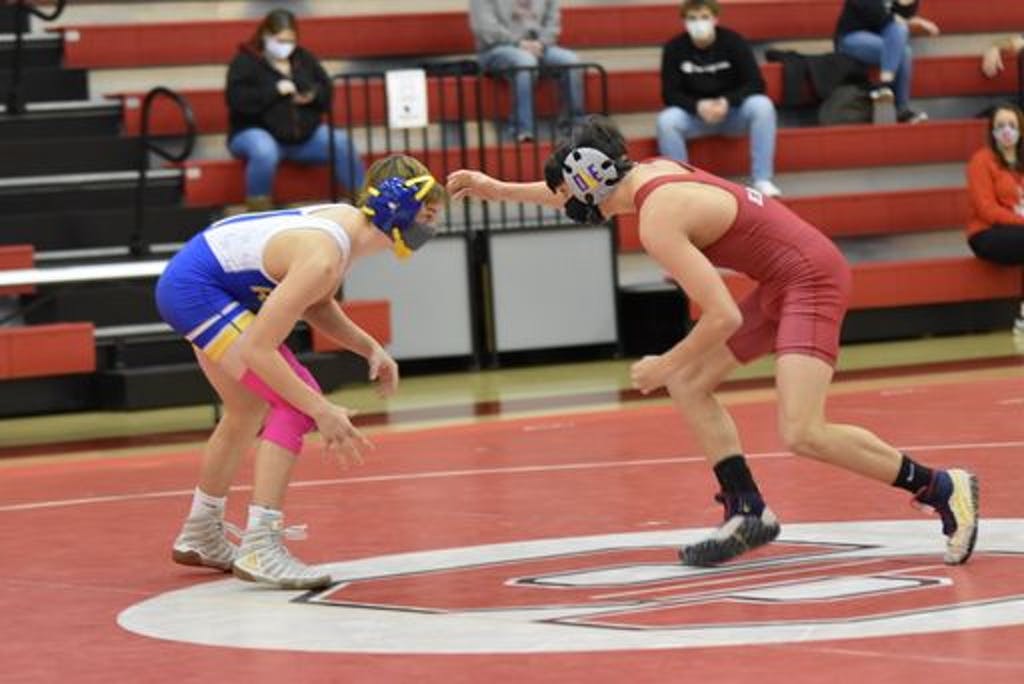 When the Caesar Rodney Riders and the Smyrna Eagles meet on the wrestling mat, it is one of the most anticipated dates on the schedule in the Delaware wrestling community.

Wednesday night was no different as No. 3-ranked Caesar Rodney visited No. 5-ranked Smyrna.

Powered by six pins Smyrna handed the Raiders a 46-32 defeat and improved to 4-1 on the season.

The match began at 106 pounds and featured two of the top-ranked wrestlers in the state, according to Delaware Live Sports  rankings.

Smyrna’s Wyatt Miller pinned Alex McEvoy in 1:35 to get the match started. Top-ranked and two-time state champ Gabe Giampietro followed with a 15-0 technical fall at 113 pounds to put the Eagles up 11-0.

The back and forth between to the two rivals would continue.

The Eagles won the next two bouts with bonus points as Jamar Wells (132) recorded a first period pin and Garrett Hudson (138) earned a technical fall (16-1) giving Smyrna a 22-11 lead at the midway point of the match.

The Riders answered as Liam Bush bumped up from his 138-pound weight class to 145 pounds, where he recorded a pin in 3:22. Then, in the most thrilling bout of the night, the Riders’ Josh Harvey scored a takedown in the final seconds for a 13-12 decision over Brandon West for the Eagles maintained a 22-20 lead.

Smyrna broke the back-and-forth pattern by winning the next four bouts by pin, taking a 46-20 lead and putting the match out of reach for Caesar Rodney. 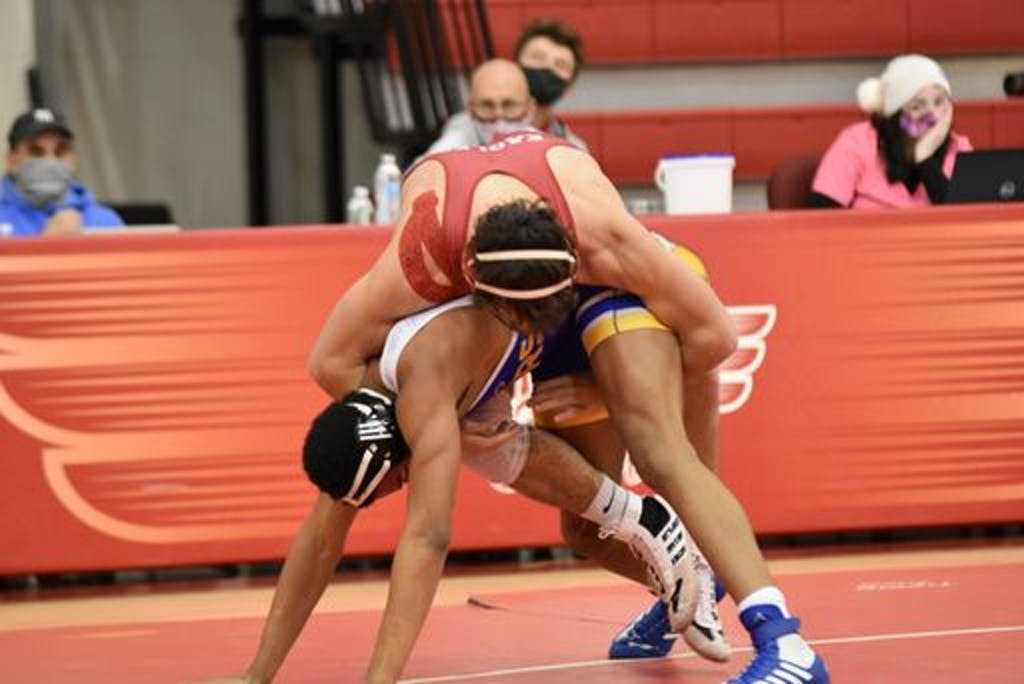 Nathan Lesniczak. in red, got one of the Smyrna’s pins that powered their win against Caesar Rodney.

“Coming in here I actually had us losing on paper,” Smyrna coach Aaron Harris said. “Caesar Rodney is a good program.”

Among the scenarios to win that he sketched out for his team was taking the 170 and 182 matches.

“Coach told me that I should be able to beat him in neutral, so I just took him down from neutral, brought him down and stuck him with a cradle,” Lesniczak said.

The Riders closed out the match with a pair of pins from Josh Dyer (220) and two-time state champion Kevin Hudson (285). The Riders fell to 3-2 overall all and 3-1 in Henlopen North.

For Smyrna, it was a much needed bounce back after Saturday’s 37-33 loss at Milford.

“We go through adversity good as a team so I think we should be able to get through it,” Lesniczak said.

Harris said he thinks his team’s chances in the conference are good. The Eagles are still in the hunt to win Henlopen North with matches next week against Sussex Central (Wednesday) and unbeaten Cape Henlopen (Saturday).

“I think we will get better each week and at the end it is a tight race, but I think at the end we will be on top if we do the things we are supposed to do moving forward.” Harris said.