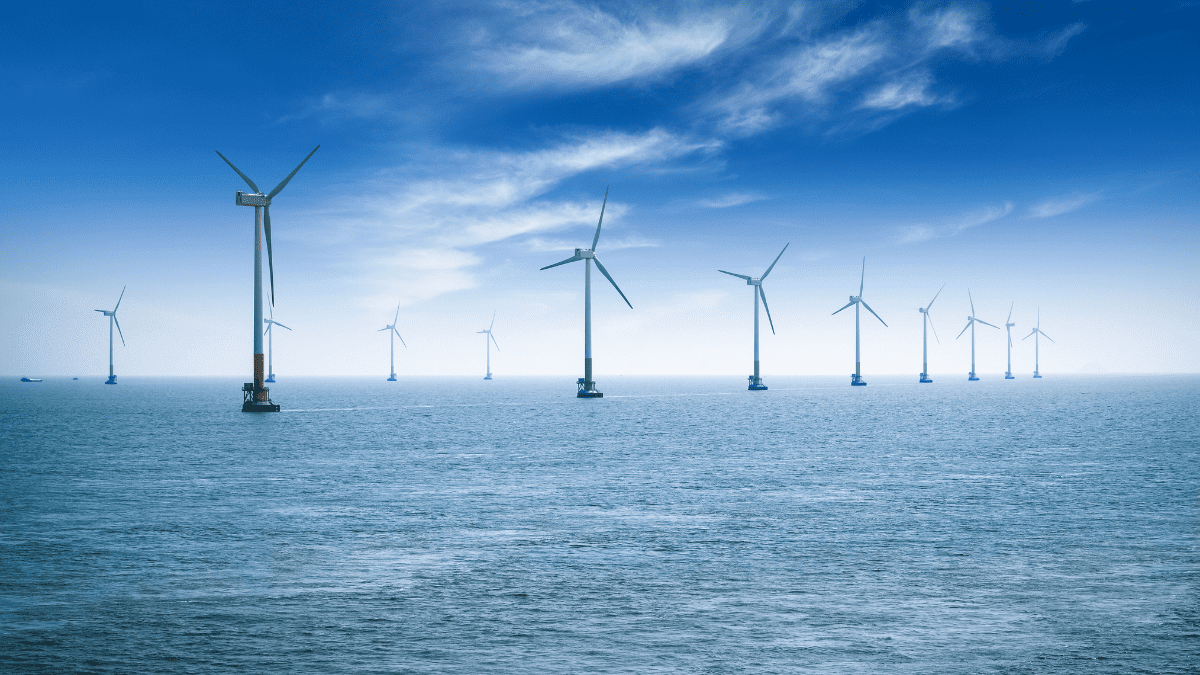 The research will include geotechnical investigations in the Atlantic and Indian River Bay, land-based geotechnical sampling at Delaware Seashore State Park and other work including data collection on wetlands, rare species and cultural resources. (Getty Images)

Visitors to Delaware Seashore State Park will see an increase in research activity in the coming months, the Department of Natural Resources and Environmental Control announced Monday.

Both companies plan to update and refresh information collected in the Indian River Bay in 2016 and 2017, and conduct geotechnical work in the Atlantic and at some land-based locations.

In 2017, the Maryland Public Service Commission awarded US Wind the Offshore Renewable Energy Credits for the construction of a roughly 248-megawatt offshore wind project.

All four projects are set to be built off the Delaware and Maryland coasts.

“Any project of this scope requires an extensive regulatory process, as well as considerable public input,” said DNREC secretary Shawn Garvin. “Gathering the information is the first step.”

In 2019, Ørsted researched the possibility of using Fenwick Island State Park as a location for an interconnection facility, but it was later determined that the location was not environmentally feasible.

“We’ve heard the feedback of Delawareans who told us they want to be updated on offshore wind activities, including research,” Garvin said. “We want to ensure the public is aware of these activities and what the research entails.”

The research will include geotechnical investigations in the Atlantic and Indian River Bay, land-based geotechnical sampling at Delaware Seashore State Park and other work including data collection on wetlands, rare species and cultural resources. 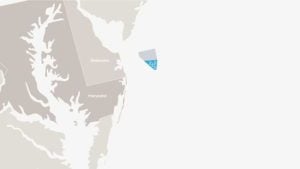 SKIPJACK 1 WILL INCLUDE TEN 853-FOOT-TALL TURBINES IN THE BLUE AREA OF THE MAP. SKIPJACK 2 WILL RESULT IN AN UNDETERMINED AMOUNT MORE IN THE ADJACENT GRAY AREA.

Skipjack Wind 2 is an 846-megawatt offshore turbine project that aims to power approximately 250,000 homes in the Delmarva region with clean energy.

Though the energy produced will mostly go to other states, Delaware alone has nearly twice the amount of homes that Skipjack Wind 2 will power.

Skipjack Wind 2 is Ørsted’s second offshore wind energy project off the Delaware and Maryland coast. It will be located adjacent to the company’s 120-megawatt Skipjack Wind 1 project.

Ørsted will build Skipjack Wind 1 and 2 as one project, with operations expected to begin in 2026.

But during Biden’s first week in office, he issued an executive order to fast track the approval process for offshore wind leases and environmental impact studies with the goal of deploying 30 gigawatts of offshore wind power by 2030.

In July 2019, Ørsted entered into a non-binding memorandum of understanding with the Delaware Department of Natural Resources and Environmental Control to construct the Skipjack Wind Farm’s interconnection facility on a portion of a site within Fenwick Island State Park.

The connection site would have connected directly to the offshore project, delivering power generated by the wind farm to the grid. In exchange, Ørsted would have funded up to $18 million in improvement projects, including a parking garage, pedestrian bridge, amphitheater, new bathhouses, and a visitor center.

After the agreement was made public, citizens reacted overwhelmingly with outrage that DNREC didn’t seek public input first. In July 2020, Ørsted said it would no longer pursue its plans to develop the connection facility at Fenwick Island State Park.

It said then it would search for a new site, but a year and a half later, no site has been announced.

Delaware’s predominant offshore wind opposition group, ‘Save Our Beach View,’ is a project of the conservative think-tank Caesar Rodney Institute.

“Our precious beach is about to be changed forever if immediate action is not taken,” the group says on its website.

The group says Ørsted’s 853-foot tall wind turbines will be visible from shore during the day and at night because of the flashing of airplane and ship warning lights.

The group believes that will create an “industrial landscape” that will cause coastal tourism to suffer.

In an earlier interview with Delaware/Town Square LIVE News, Dr. Jeremy Firestone, professor and director of the Center for Research in Wind at the University of Delaware, said on some days, depending on weather conditions, the turbines will be visible from shore.

“On other days, no,” he said. “I’ve toured a couple of wind projects and on those days I haven’t really been able to see them until I was three, four miles away.”

But Firestone argues the health- and climate-related consequences of continued reliance on non-renewable energy sources far outweigh objections to the development of wind farms.

“Climate impacts of inaction are grave no matter where you live, certainly along the sea,” he said. “Coastal residents live in one of the areas that are particularly at risk from a changing climate.”

“People who are in more marginalized communities tend to be the ones that are closest to fossil fuel burning power plants and if those produce less of our energy that will be good for them,” Firestone said.

While the Maryland Public Service Commission has issued the energy credit, Ørsted has yet to make a final decision as to its level of investment. More details about the impacts of Skipjack 2 will be available after that decision is announced.