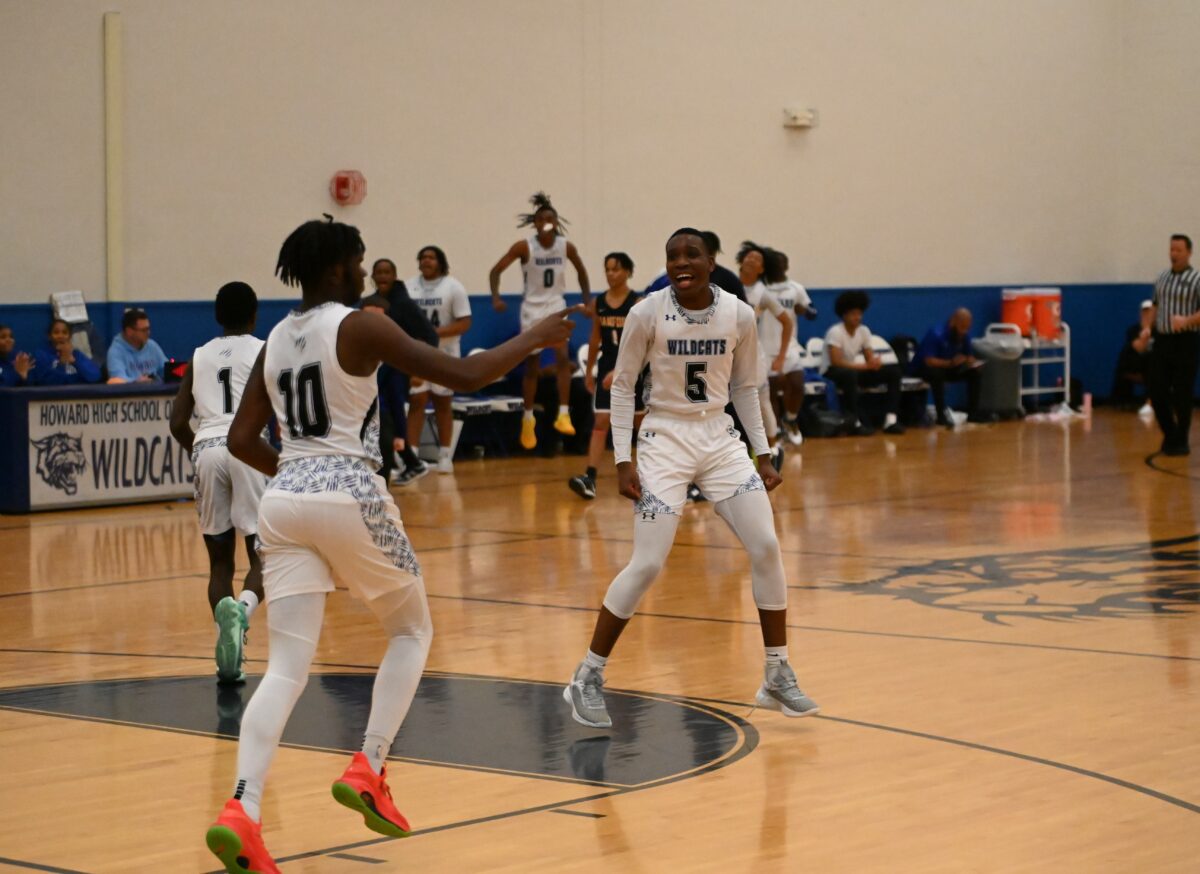 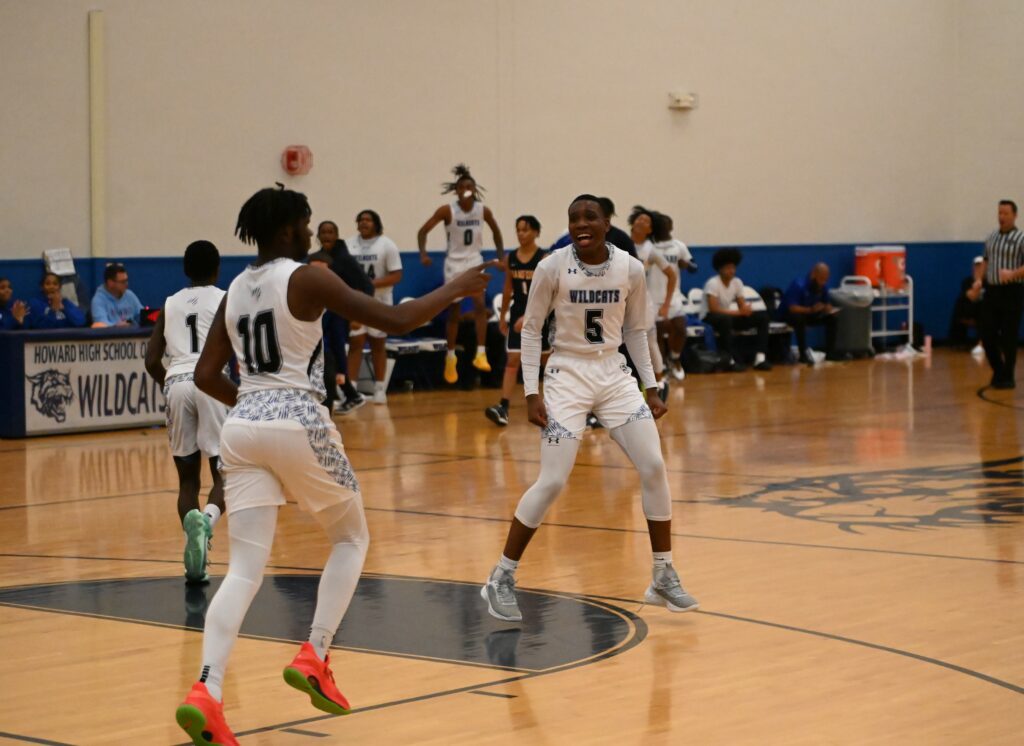 It was a packed gym at Howard School of Technology Tuesday for an evening tip between two teams ranked in the top 5. RJ Matthews and No. 2 Howard welcomed in Dayon Polk and No. 4 Sanford for a highly anticipated battle between the Warriors and Wildcats.

Howard used hot shooting and smothering defense to build an early lead on Sanford. The Wildcats would hit four first-quarter triples to outscore the Warriors 20-4 in the opening period. Sanford would battle back but trail 29-17 at the half. They would cut further into the deficit in the third, cutting the Howard lead to 33-27 with 2:00 to play in the quarter. But that’s as close as the Warriors would get. Howard would then go on a 19-1 run and regain complete control of the game.

The Wildcats would go on to earn a 61-42 victory over Sanford and improve to 7-1 on the season. Howard was led by RJ Matthews, who finished with a game-high 20 points. Nine Wildcats got on the score sheet, including Ayden Richards Powell who finished with 8 points. Sanford was without Sam Stanford in the contest and was led by Tommy Vaughn Jr. who had a team-high 14 points in the loss. Next up for Howard is a trip to Miami Beach, Florida for the NE vs South Showcase. Sanford will head back on the road Friday to take on Wilmington Christian.