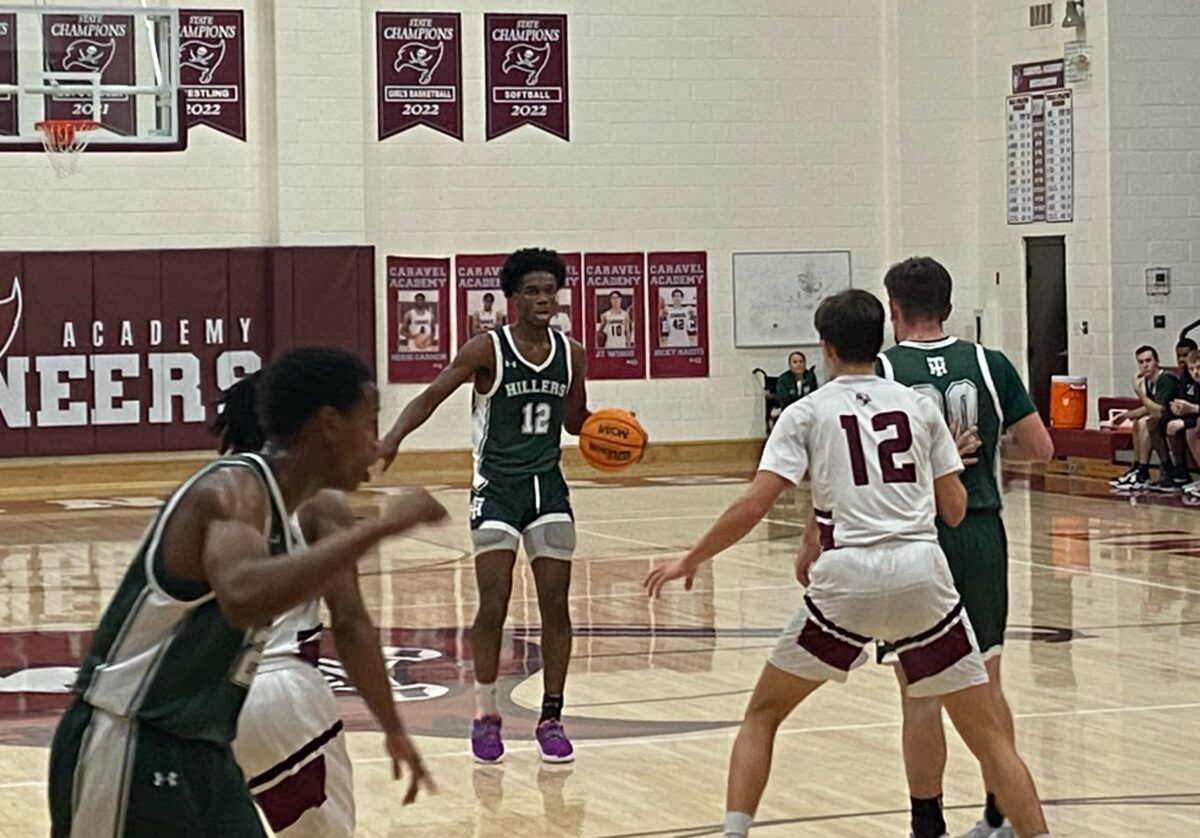 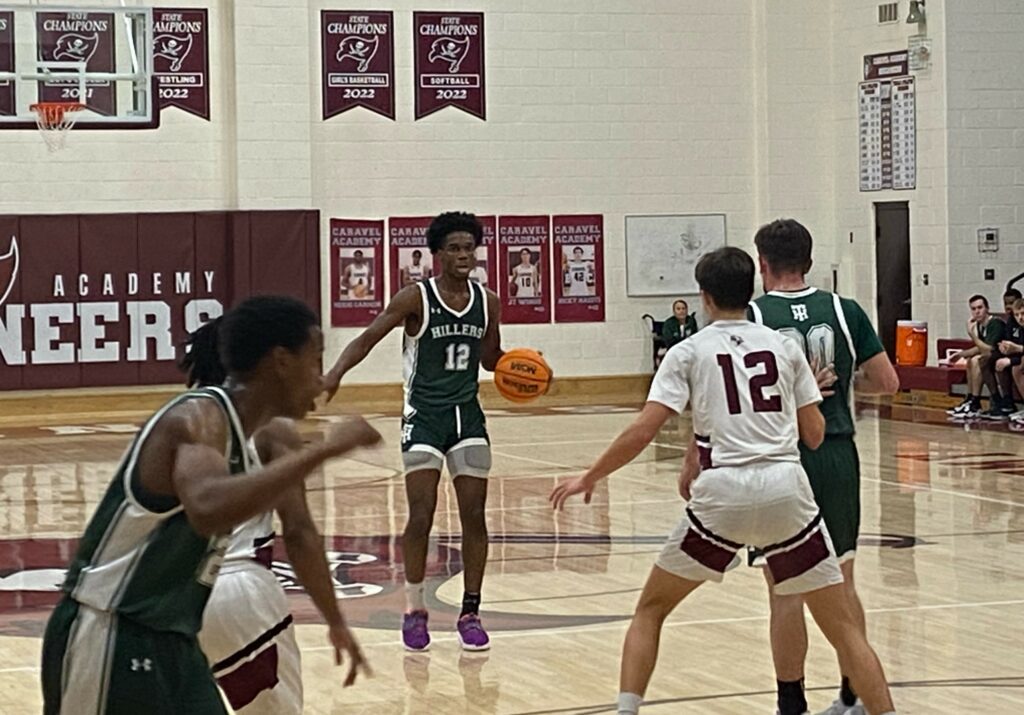 Tower Hill basketball Dean Shepherd sets up a play in their game against Caravel, Photo by Nick Halliday

Two top 5 teams in the state of Delaware met up Thursday night in Bear in what would be a 4 quarter battle. Both teams came into the contest at 5-2 but only one would leave with their 6th win. Tower Hill looking to rebound from a recent loss to Sanford and Caravel still hadn’t dropped a game to an in-state opponent.

Caravel got off to the early lead but a Dylan Shepherd triple at the end of the quarter gave Tower Hill a one-point lead after one-quarter of play. The second quarter belonged to Caravel and Dominique Wyatt. Wyatt had 10 points in the first half and the Bucs were able to get behind their transition game on their way to out-scoring Tower Hil 17-10 in the quarter, and ending the half with a 6-point lead.

Caravel would extend their lead in the third, and lead 45-36 going into the fourth quarter. But you can never count out the state champs, especially when they have the Shepherd Brothers. Tower Hill would use their defense, as well as some unforced Caarvel errors, to quickly erase the deficit. Dean Shepherd would complete some easy transition layups off of unforced turnovers and his brother Dylan with a huge three as the Hillers climbed all the way back to take the lead with 3:00 to play 48-45.

Caravel lead 43-28 in the third, but a 20-2 Tower Hill run did the Bucs in. The Shepherd brothers could not have been bigger in the win as they combined for 49 of the 58 Tower Hill points and every field goal but just one in the second half. Caravel was led by Dominique Wyatt who finished with 19 points.