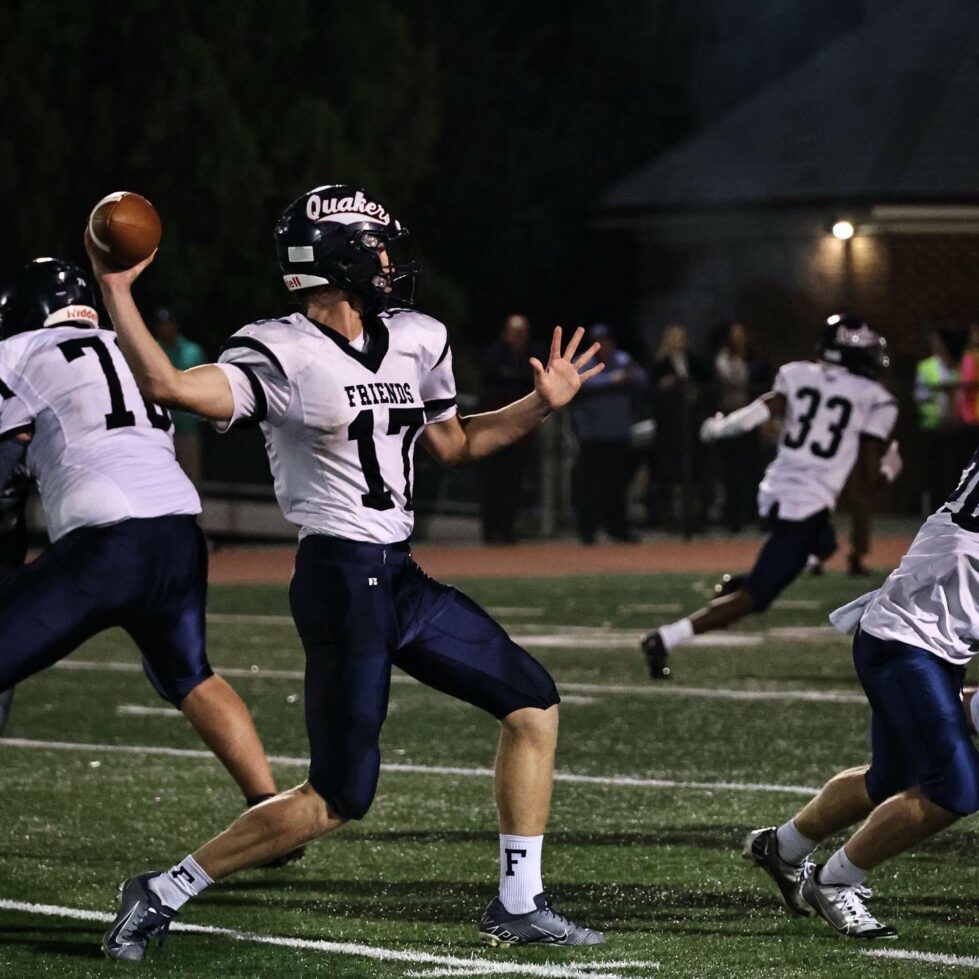 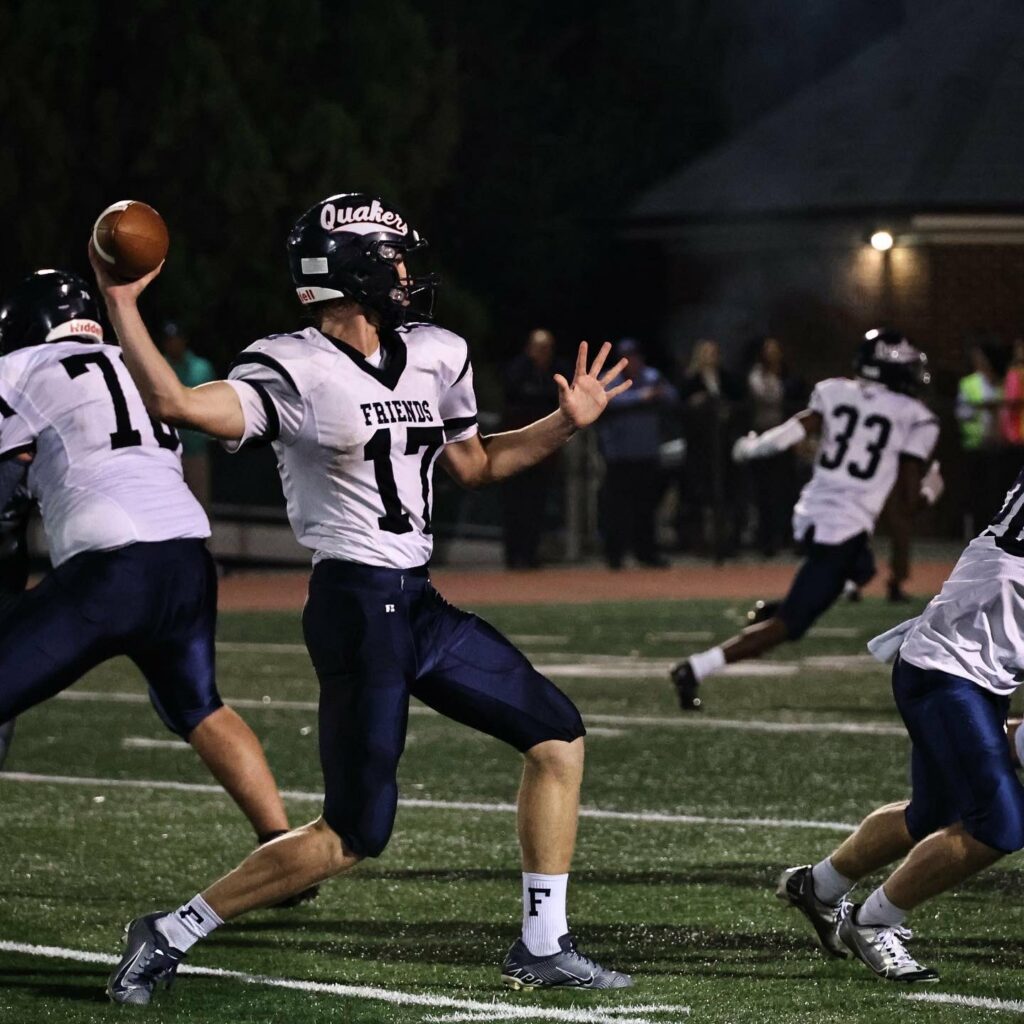 It was an early kickoff on friday when the No.1 Wilmington Friends Quakers traveled down the road to Abessinio Stadium to take on fellow undefeated No.2 Howard with a 5:00 kickoff. A matchup that would determine who would be the #1 team heading into Week 7. Senior Quuarterback Robby Tattersall and the Quakers lived up to the #1 ranking they entered the game with.

It was all No.1 Wilmington Friends from start to finish as they rolled to 34-8 victory over No.2 Howard. The scoring got started on the first possession as the Quakers took the ball down the field for a 50+ yard drive that took over 7 minutes off the clock, capped by a Cristanetti-Walker 22 yd FG. Quakers lead 3-0. The lead would be extended a little later on when Robby Tattersall would find Ishmael Dobson down the sideline for a 65 yard catch and run. That would set up one of three touchdowns on the ground for Running Back Andrew McKenzie, who would punch it in from a yard out and twice from 2 yards out on the evening.

Howard would respond early as Wildcat Quarterback RJ Matthews would find Damian Ross deep down the middle of the field for a 43 yard Touchdown, Howard now trailing 10-8 but the Quakers would answer. Tattersall would find Wide Out Hudson Zawadkas for a 46 yard completion that would set up Friends in the redzone. A few plays later it would be McKenzie punching it once more. Friends up 17-8 and it would be all Quakers from that point forward as the Friends Defense wouldnt allow another point on the night.

Robby Tattersall did it all for the Quakers in the win. He carried the ball 28 times for 140 yards and also completed 4-8 passes for 153 yards TD, and an Interception. Tattersall also blocked a punt early in the game and had an interception. Andrew McKenzie rushed 12 times for 55 yards and 3 TD’s. Alessio Cristanetti-Walker went 4/4 on PATs and 2/2 on FGs (22yd and 27yd) and Ryan tattersall added an interception.

For the Wildcats Rj Matthews finished 8-23 for 147 yds TD and 2 interceptions, Matthews had just one pick entering the contest. Howard was also held in check on the ground as Al’Zion Triplett rushed for 61 yards on 12 carries and Matthews ot just 5 yards. Howard travels to Tower Hill next week and Friends will make their way to Brandywine.