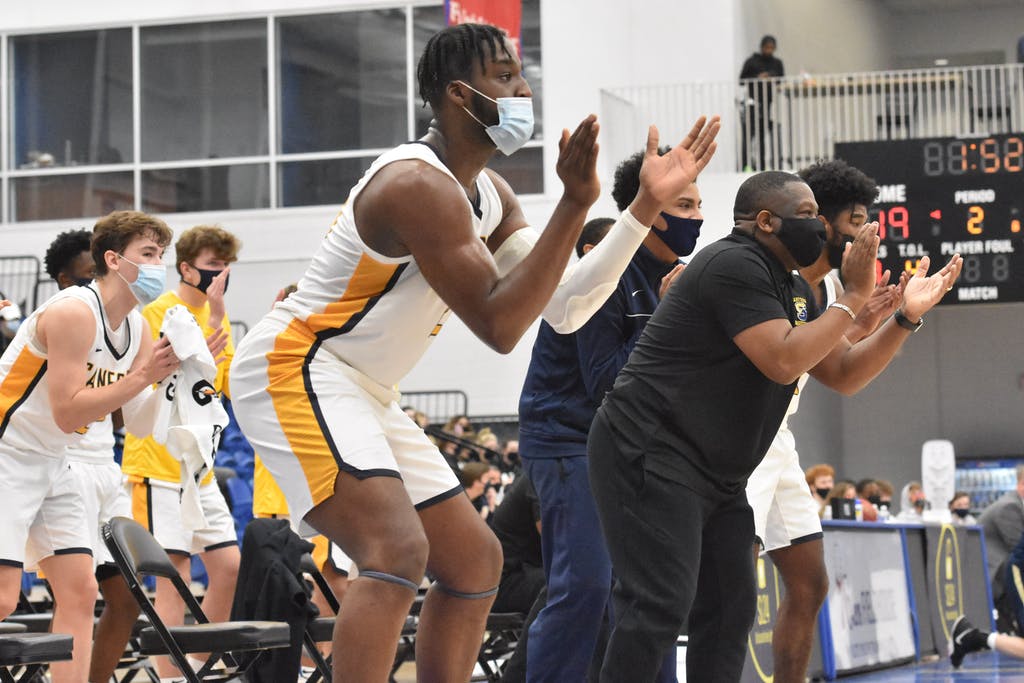 Thursday night was the third time the Sanford Warriors and Tower Hill Hillers have met this season, with the Warriors taking the first two meetings ( 54-49, 45-34).

Everyone knows it’s tough to beat a team three times in a season, but the Warriors would have to do just that to reach the state final once again, the same thing Sanford was able to do last time there was a full basketball season in Delaware (2019).

Tower Hill was looking for their first state title appearance in their school history. Even with no fans, the environment still had the emotion of a final four-game, with both team benches and administrators making up for the lost noise.

Sanford jumped out to an early lead and carried it throughout the first half. The pace started slowly as both teams were being patient on the offensive end looking for their shots.

Villanova commit Nanna Njoku scored 10 points in the first half and he did so dealing with double and triple teams from the Hillers inside. The defense was the theme as both teams did a great job locking in defensively.

Sanford was able to limit both Donaven Mack and Ricky Deadwyler and Tower Hill executed their plan of having someone other than Njoku beat them from Sanford.

It was a battle from the jump with Sanford leading 15-9 after the first quarter and 20-13 after one half of play with both teams going scoreless for the final 5 minutes of the second quarter.

Tower Hill would make adjustments and take the third quarter, doing a great job of forcing the ball out of Njoku’s hands and forcing other Warriors to make plays. After 3 quarters of play, the game was locked at 31.

The fourth quarter lived up to that of a semi-final, with both teams showing max effort. Tower Hill gained their first lead of the night late in the 4th with a 35-33 lead. The Hillers would knock down another shot and extend their lead to 39-35 with 90 seconds left in the game.

With 30 seconds to go the Warriors cut the lead to two, 39-37. Tower Hill would then miss two front ends of one and one as well as two free throws on the possession prior. Sanford would take advantage of the window left open by Tower Hill. 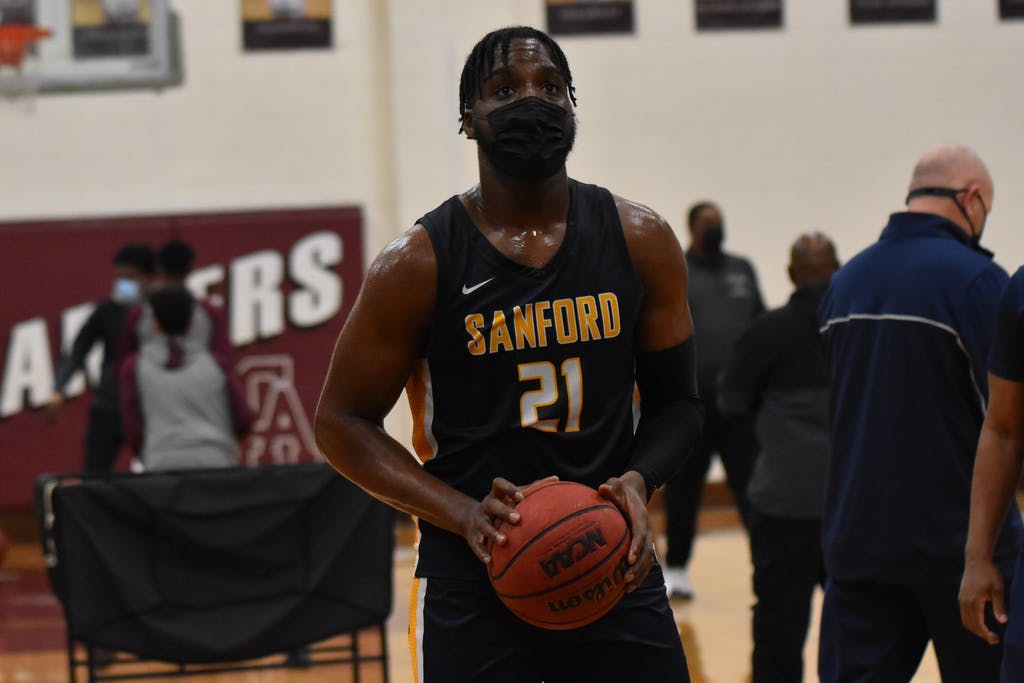 Sanford would inbound with about 20 seconds to go down by 2 and a controversial call would follow. On the inbound at half court, Sanford Guard Amin Johnson seemed to tip the ball into the backcourt, under his own power and seemed to lose possession.

Then officials would call the backcourt violation, almost ending the game. A few seconds after they would gather together and reverse the call, giving the ball back to Sanford. Following the reversal, the Warriors would find their man Nanna Njoku under the basket, one on one with a defender for maybe the first time all night.

Nanna did the rest completing the layup in the paint and taking contact along with it. The score tied at 39 with a free throw coming up for Njoku, with a chance to take the lead. The senior captain would hit the free throw and Sanford was able to hold Tower Hill from getting a shot off in the final 7 seconds, earning them a spot back in the DIAA State Championship where they will meet an undefeated Smyrna team.

Sanford now has a chance to take care of some unfinished business as they found themselves here in the same spot as last year, but losing the chance to compete for a state title due to Covid-19.

It will be Sanford vs. Smryna in a great state championship on Saturday in Dover.