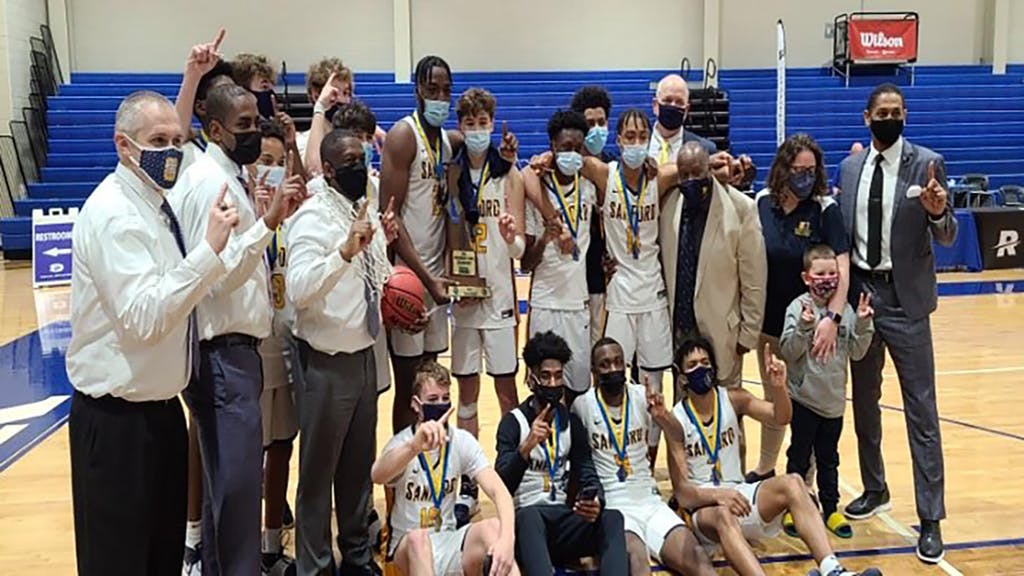 The Smyrna Eagles played the Sanford Warriors Saturday afternoon at Dover high School for the boys’ basketball state championship. Both teams were coming off of a 1-point win Thursday night in the semi-final round.

Sanford looked to pressure the Eagle ball handlers deep in the back court early, which proved to be unsuccessful. Smyrna quickly dispatched the full court pressure and attacked the basket, kicking it out to find open shooters.

The Eagles made four 3-point field goals in the first 4 minutes of the game to take an early 14-3 lead. Things began to settle down late in the first as Sanford guards found Njoku multiple times down low which resulted in Sanford putting some quick points on the board. Smyrna ended the quarter up 17-10, shooting 5-10 from the 3-point line.

Smyrna started the second quarter with some pressure of their own coming out in a full court zone press in the hopes of giving the Warriors a different defensive look. The press didn’t appear to affect Sanford however, as they continued to throw the ball down low to Njoku who scored at will underneath the basket.

Sanford continued to hang tough, only trailing by 3 with three minutes to go. The Eagles looked to be the better equipped team to play at the fast pace of the first half.

Most of Sanford’s success came in the half court when they got Sanford big man, Nnanna Njoku involved on the low post. Smyrna led at halftime 28-20

Sanford came out of halftime on a mission, scoring on their first four possessions of the quarter, tying the game at 28-28. The defensive intensity on both ends picked up significantly in the quarter as well.

Both teams worked hard to find open shots, but struggled to develop any sort of rhythm offensively. Despite the strong start to the quarter by Sanford, Smyrna ended the quarter on a 6-2 run to maintain a one-point lead heading into the 4th quarter. 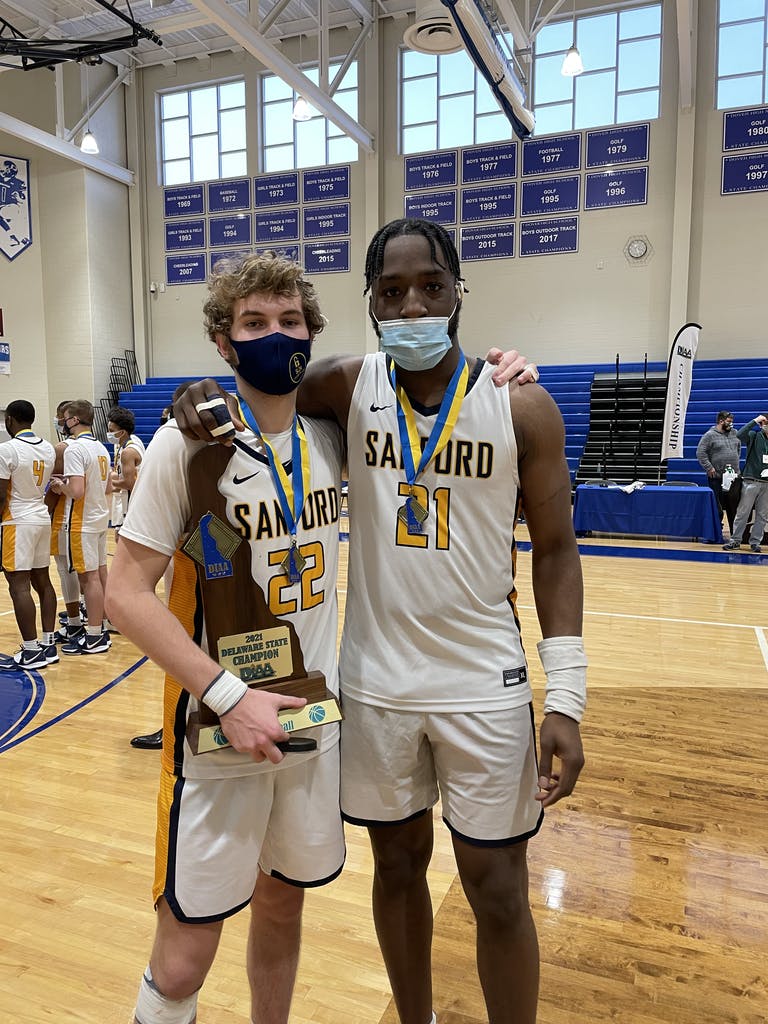 The Warriors looked to get the ball down low to Njoku early in the fourth. Njoku’s soft touch at the free throw line gave Sanford its first lead of the game since the opening 30 seconds.

The momentum seemed to favor Sanford as the quarter progressed. The Warriors extended the lead to 4 halfway through the 4th but Smyrna stayed focused and brought the game back to within 1 possession going into a 60 second timeout called by Sanford.

Out of the timeout, the Warriors looked to run out some clock with 2:43 to go in the quarter. The possession eventually ended in a Sanford turnover and a layup at the other end by Smyrna’s leading scorer, Elijah Credle.

Njoku and Credle traded lay-ups on the next two possessions bringing the score to 47-45 Sanford with under a minute to go. Nnanna Njoku proved to be the difference down the stretch as he has been the entire season, knocking down 2 free throws with 30 seconds to go and blocking a Smyrna 3-point attempt then securing an all-important defensive rebound on the same possession.

Smyrna had no choice but to foul Njoku, sending him to the line again. His two made free throws put the game out of reach for the Eagles. Sanford won 51-45 earning them the 2020-21 Delaware boys’ basketball state championship.

Njoku finished with 22 points, 12 rebounds and 3 blocks while Credle scored 20 for the Eagles.