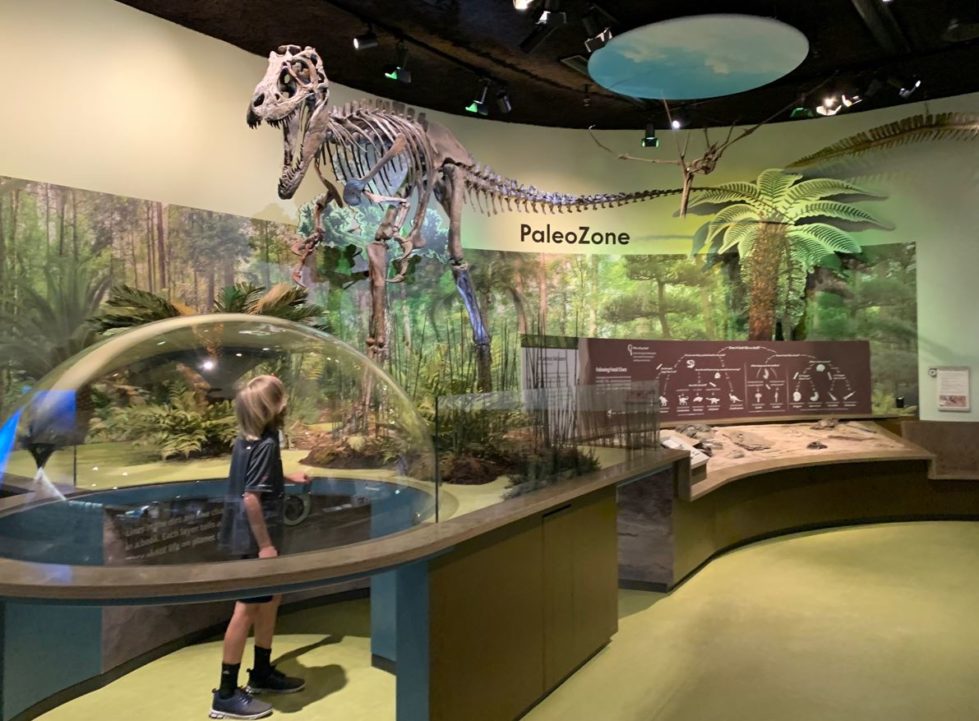 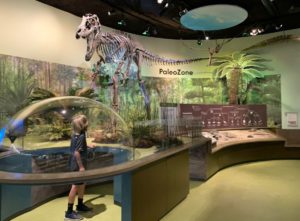 Cameron Grundner got a gopher’s eye view of the Dryptosaurus Friday in the newly reopened Delaware Museum of Nature and Science.

During the ribbon-cutting ceremony for the reimagined Museum of Nature and Science, New Castle County Executive Matt Meyer told the crowd that his administration is going to propose a $500,000 grant for the institution.

“Everything we do in county government right now – similarly to what’s going on in the city of Wilmington – is about diversity, equity and inclusion,” Meyer said.

“We have some federal resources to address some of the inequities that we’ve seen in the past couple of years. We share the vision of the leadership of this museum to see that the people going into this museum look like the people of our county look like, the diversity that represents all the families in New Castle.”

His announcement was met mostly with silence, a fact that did not escape the notice of Wilmington Mayor Mike Purzycki.

He pointed out that it was really a sign of the times – apparently referring to all the announcements about how the state will spend its millions of COVID-19 and relief money – when someone announces they are giving someone $500,000 and nobody applauds.

That resulted in several rounds of applause for Meyer and the county.

The moment came among many congratulations for the $10.8 million, 18-month museum redo during the Friday morning ceremony. 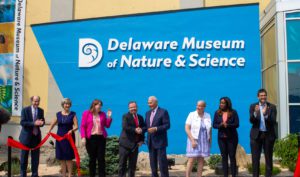 Politicians remembered coming here as children, and museum workers and funders were happy to show off the dramatically different museum, which was founded 50 years ago with a seashell and bird collection.

Those changes included focusing on ecosystems rather than dusty collections, connecting history to science and even adding a new dinosaur to the museum’s collection under the name of the Delaware Museum of Natural History.

Several times, speakers had to turn around at look at the building title to be sure they were saying the correct name.

“When my high school boyfriend and I used to come here as kids, this place was very dark and still,” said Sen. Laura Sturgeon, D-Brandywine Hundred. “Now, the museum is an interactive and exciting ecosystem that children will be inspired by and people of all ages will engage with.”

This museum really makes Delaware’s 12th district “the diamond in the Diamond State,” said Rep. Krista Griffith (D), who represents the district that’s home to the museum. She, too, talked about taking her sons to the museum.

The museum will have private tours Saturday and Sunday and be open to the public starting Monday, May 23.

Helen Bilinski, director of exhibits, can’t wait for the community to pour in.

“We’ve gone from being a museum that was based on land, sea and air to being ecosystem based and focusing on how things are now all connected to each other,” she said. 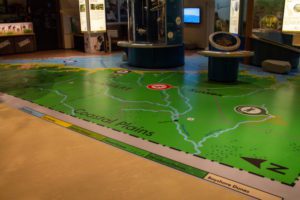 The regional gallery at the Delaware Museum of Nature and Science is built on a floor map.

Planners put a lot of emphasis on creating dialogue and discussion rather than a typical museum where people come in and read dusty plaques and leave.

The museum faculty tried to think of what neighbors would want to see, learn and talk about.

“It’s going to be a new place for people to gather and mix and just be with each other, exploring things that we’ve been taking for granted all along,” she said.

Emphasizing Delaware’s environment led to discussions on replacing the previous two dinosaur displays in the museum.

Both of the previous dinos were shipped from China, so Bilinski and her team wanted to find prehistoric animals that were more closely tied to the region.

Now, there are three dinosaurs in the museum’s PaleoZone that lived in the Mid-Atlantic during the Cretaceous Period: the flying Nyctosau, the aquatic giant Mosasaur, and the Dryptosaurus dinosaur, which seems on track to be designated as the state dinosaur.

The wall’s decorated with plaques of fish, each one representing people who made sizable donations. They include individuals, families and government entities. 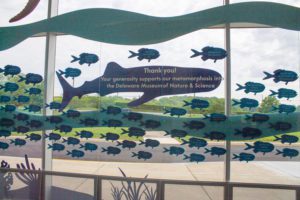 An ocean scene filled with fish representing big honors will welcome guests to the Museum of Nature and Science.

The museum will not have any traveling shows during the next year, leaving that room open for events such as weddings, meetings and even bar mitzvahs.

The museum is doubling down on education events, too.

These events will continue to bring animals and interactive experiences to schools, said Christina Zampini, school and community project manager at the museum.

“We have outreach programs such as “a bug’s life” where we bring fascinating bugs to school, but we’ll also bring other animals and dinosaur fossils as well to engage and teach young students,” she said.

Tickets cost $12.95 for ages 3 and up, $3.95 and for toddlers ages 1-2. There is a $1 discount for tickets purchased in advance online, and admission is free for members of the museum. Buy them here.

Purzycki pointed out during his speech that he rarely accepts an invitation to anything that is not within Wilmington city limits, but he was happy to be at the museum opening.

He plans to take his own grandchildren there and expects it will have far-reaching impact.

“Thank you for what you all are doing for the kids of Wilmington,” he said.

An ocean scene filled with fish representing big honors will welcome guests to the Museum of Nature and Science. 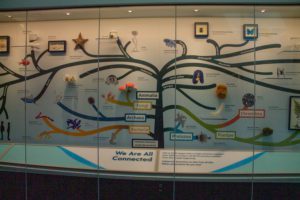 This tree of life connecting all life on earth will be one of the first things that visitors see. 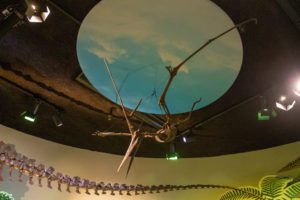 The Museum of Nature and History will include this swoopiing pterodactyl. 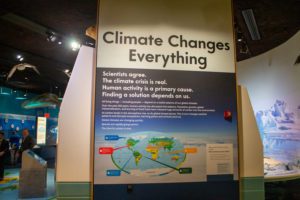 In addition to exhibits, the renovated museum will be full of interact tidbits and posters and small displays about various topics.