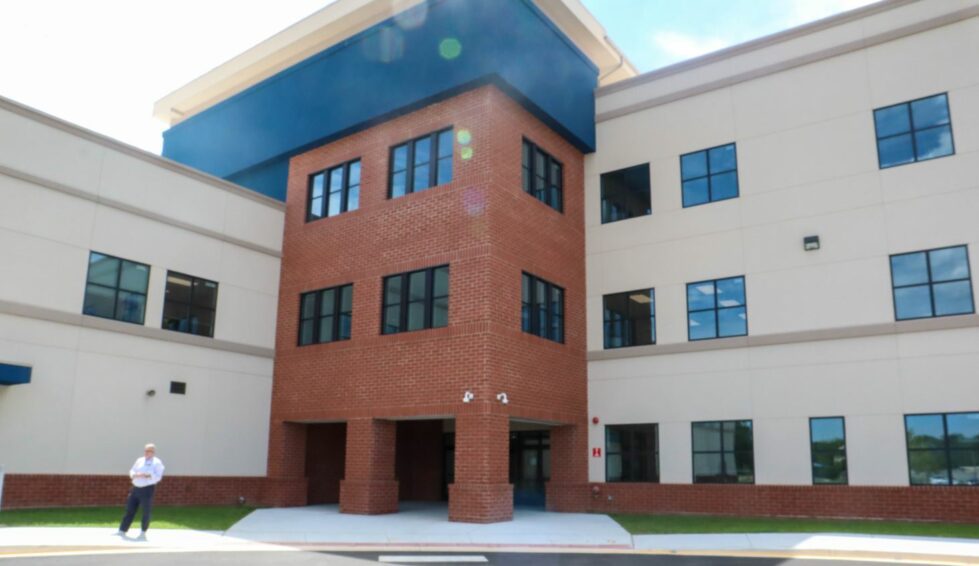 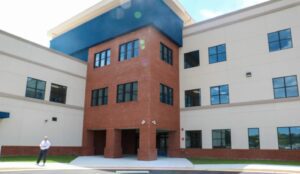 Newark Charter School’s new junior high building will be home to about 600 students.

It’s the latest addition to a campus that began with classes in trailers scattered around a parking lot in 2001.

Then, the charter school had 435 students in grades five to seven. 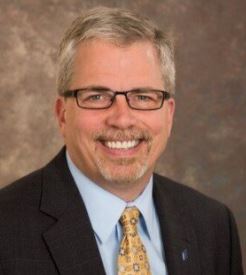 Now, its campus easily could be confused with a small college.

Newark Charter today sits on a 44-square-acres near the intersection of Route 279 and the Christina Parkway.

It serves more than 3,000 students from kindergarten to twelfth grade in four buildings arranged in three smaller campuses that essentially form spaces for younger learners, the junior high and the high school.

The new 93,000-square-foot, three-floor junior high will be home to about 600 students in sixth, seventh and eighth grade

It features a “cafetorium” that morphs from a lunch room into an auditorium space complete with a stage for performances. The building has its own gym, library, science labs, performing arts spaces and athletic fields.

Newark Charter has added to or altered some part of the buildings or campus every year since it was founded, said Dr. Frank Newton, head of school.

“Whether that’s changing a facility, renovating a facility, adding students, increasing class sizes, there has not been a year that we have just sat where we are,” he said. 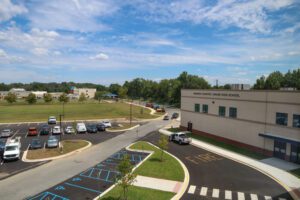 A view of the Newark Charter campus as seen from its new junior high building.

The $20 million for the junior high also paid for a 28,000-foot connector between the primary and middle schools. It will allow the kids in the two schools to share a library and more, Newton said.

The 56,000-square-foot, three-floor intermediate school that is home to grades three through five opened in 2003.

The junior high area doesn’t yet have a formal campus name. The high school area is called the McIntire campus.

In between the Meece Campus and the new junior high school is a 150-seat outdoor pavilion, a fitness trail, a playground, basketball courts, and a regulation-size soccer field that can be used for field hockey, football practice or other events.

The McIntire Campus, a 21-square-acre space where students in grades nine through twelve attend school, is about a five-minute drive from the new intermediate area..

The junior high and primary-intermediate connector was paid for with a 30-year bond issue facilitated by the state, but no state money was used. Delaware doesn’t fund capital projects for charters.

“It’s kind of like taking out a mortgage,” Newton said. The school will pay an interest rate of 3.297%.

“We really feel like 3,155 students, and having 240 kids per class is probably the sweet spot number,” Newton said.

Those numbers allow the school to facilitate the academic schedule and academic offerings as it wants.

“So, at this point,” he said, “and especially in my lifetime or tenure, we have no plans to expand enrollment again.”