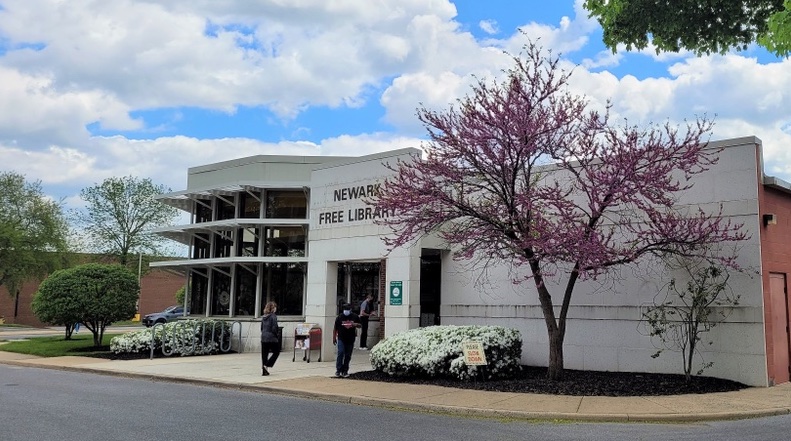 New Castle County has decided to update the Newark Free Library on the same site.

The new, two-story building will have 50% more interior space, and there will be 80% more parking, Diana Brown, manager of the county’s 10 libraries, said this week.

“Details of what will be inside will be developed with public hearings this year,” Out & About continued.

Libraries will be still based on books but are growing in other directions.

“They are ‘civic bridges and centers of community engagement,’ Brown told Out & About.

The current building is 26,500 square feet, and a 50% expansion would make it as big as the Brandywine and Route 9 libraries.

Replacing the 49-year-old building got a big boost a year ago when Gov. John Carney announced $40 million in American Rescue Plan Act funding for libraries across Delaware, Newark Life reported, with $4 million allocated for Newark.

A lot more money will be needed. The county’s newest library, in Middletown, was budgeted at $27 million.

The current site has a high profile, being on the corner of busy Library Avenue and even busier Main Street, and across the street from a post office

It’s walkable from downtown, which is considered a big asset among urban planners these days.

However, it’s not easy to get to by driving, since the only entrance to the site is on Main Street, which goes one way.

TEACHER SALARIES: Carney will raise teacher salaries 9%, others in education 3%

Newark’s library has relocated multiple times, according excerpts from Jane M. Tripp’s “History the Newark Library,” posted on the Friends of the Newark Free Library website.

“The first written record of a library in Newark is from around 1860, with it moving among various businesses until 1920, when it settled in the Newark Academy Building on East Main Street,” Newark Life reported.

In 1957, St. Thomas Episcopal Church on South Main Street and West Delaware Avenue was converted to a library, with a house next door later becoming a children’s library.