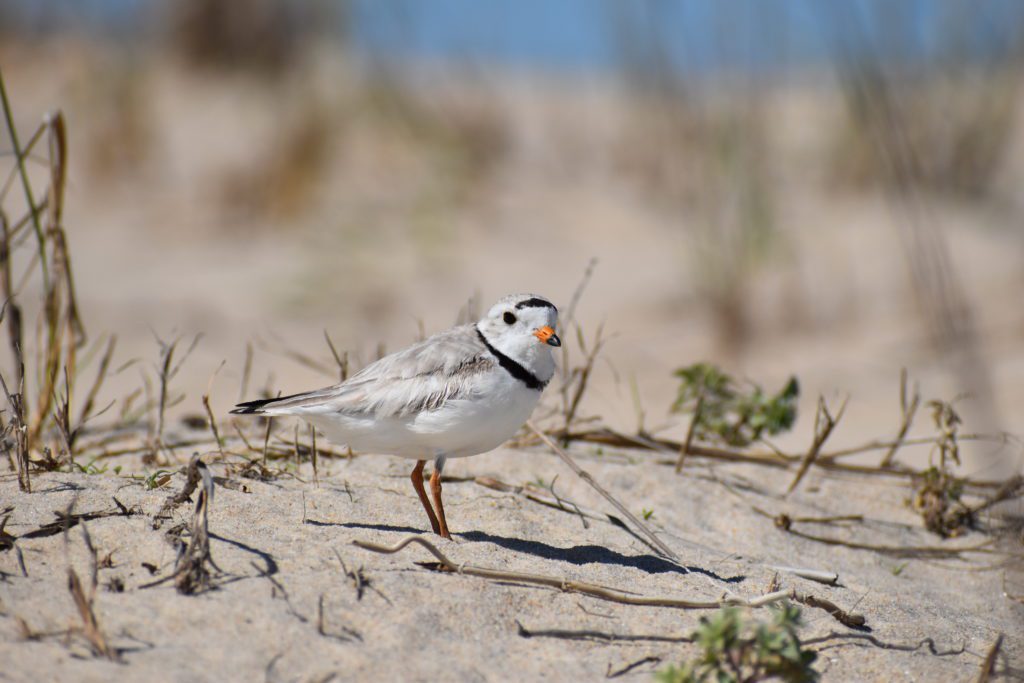 DNREC will block off some areas of beach to allow birds to nest and wants to train volunteers to man those boundaries and let beachgoers know what’s happening. Piping Plover photo courtesy of DNREC.

Delaware beachgoers should be prepared to share the sands this summer, the Department of Natural Resources and Environmental Control said this week.

Piping Plovers and American oystercatchers will be nesting during the time, and visitors can make their 2022 season successful by doing a few things.

One is to walk close to the water on the lower beach, so the travel-weary birds can rest on the upper beach.

In May and part of June, DNREC will close sections of the beach where the birds are nesting and rearing their chicks and is seeking volunteers to man those boundaries and explain what’s happening.

The department will hold a volunteer training session May 7 to train volunteers to do that. The class will be from 10 a.m. to noon at the Cape Henlopen State Park Officers Club Mess Hall in Lewes.

It will include a slideshow and light refreshments, followed by a discussion about the monitoring program that helps ensure the success of the birds’ nesting periods.

Volunteers can just show up on May 7, or they can pre-register here. Fees to enter Cape Henlopen State Park will be waived for volunteers.

Piping plovers are federally listed as “threatened,” which means they are vulnerable to endangerment in the near future.

The birds are found in coastal areas along the Eastern corridor and throughout the center of the country.

Their eggs incubate for 26-28 days and chicks normally take three to four weeks to fledge, which means they’ve developed wing feathers that are large enough for flight.

Delaware has categorized the American oystercatchers as “endangered,” meaning the species is likely to become extinct in the near future, either worldwide or in a particular geographical area.

The bird is native to beach towns on America’s East Coast, the southern borders of Texas and Louisiana and Mexico’s West Coast.

Oystercatcher eggs spend 24-28 days in their incubation period, and the chicks typically fledge in 30-35 days.

For those who can’t attend the volunteer session, the DNREC recommends the following to protect the birds: