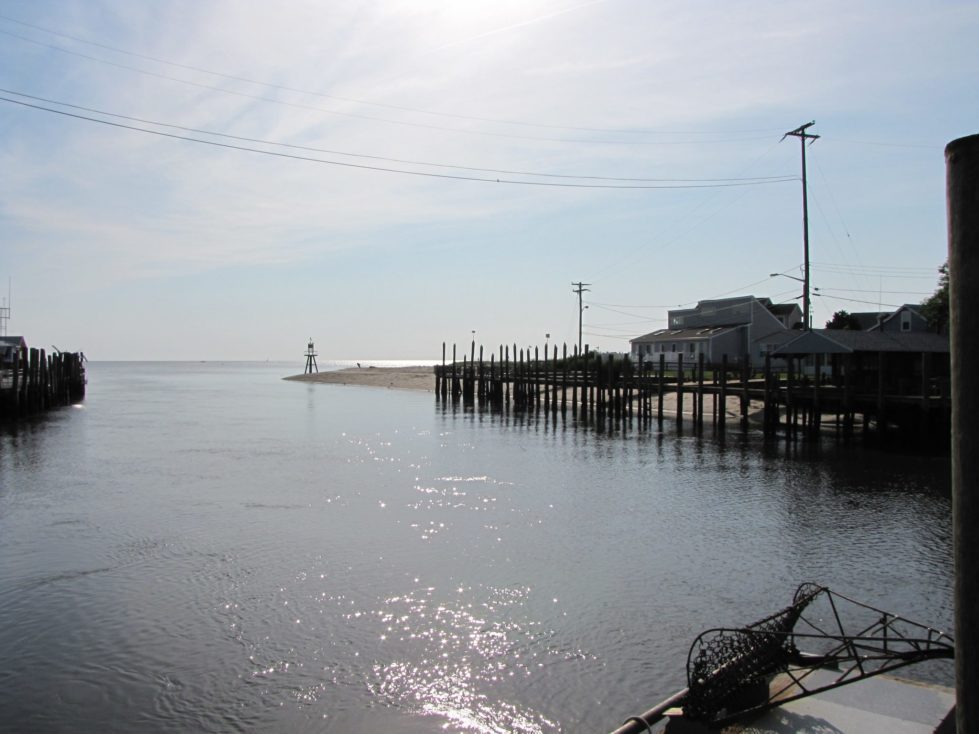 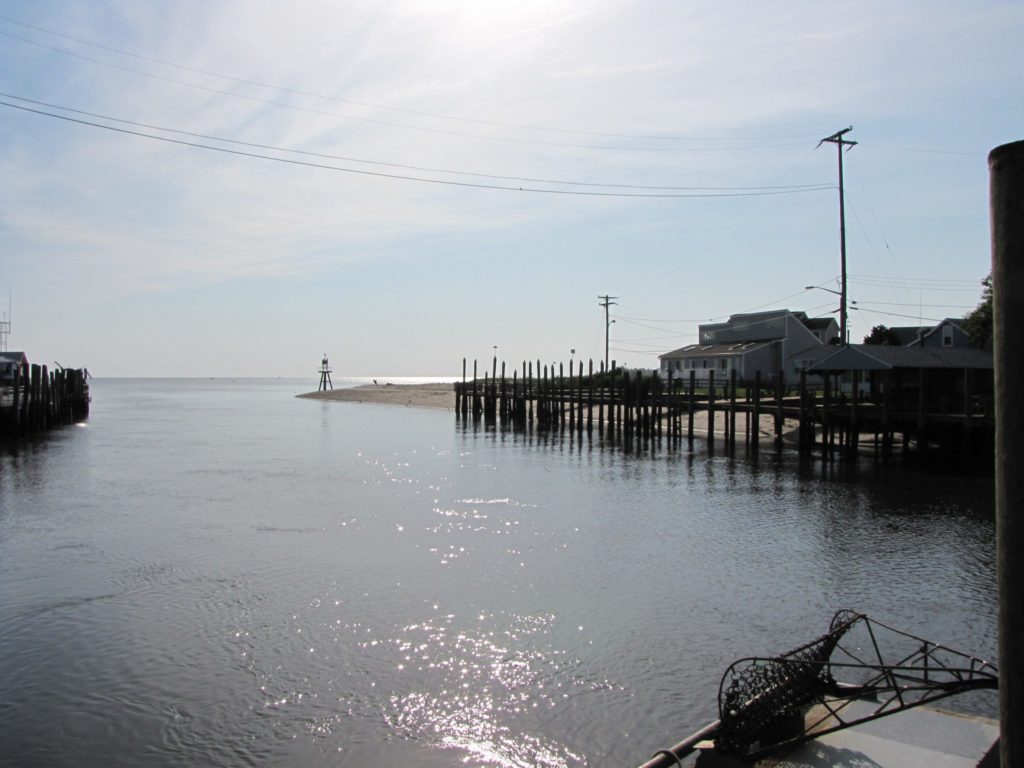 The Murderkill River, shown here where it meets the Delaware Bay at Bowers, will be dredged in August to improve navigation for commercial and recreational vessels. DNREC photo.

The Department of Natural Resources and Environmental Control plans to remove some 52,000 cubic yards of sediment from the river’s navigation channel.

With the project expected to start on or about Aug. 1, the U.S. Coast Guard will soon give notice for mariners to exercise caution and maintain a safe distance from the dredging activity including floating and submerged pipelines in the Murderkill, as well as the dredge and support vessels in the area.

The Coast Guard also asks that commercial fishing nets, crab pots, and other structures be removed from the dredging area before work begins.

DNREC will use the dredged sand to replenish up to 1,000 feet of eroding shoreline at South Bowers Beach.

According to DNREC, the Murderkill River is a federally-authorized navigation project that requires periodic dredging to maintain the safety and navigable access to the river, critically important to commercial and emergency vessels as well as recreational boating.

The river forms the southern boundary of the Town of Bowers before flowing into the Delaware Bay.

In early 2022, DNREC removed sand from the Murderkill Inlet’s navigation channel but was limited by having to use a land-based excavator.

Navigation continued to be challenging at low tide, especially in the mile-long approach channel to the inlet.

Nautical dredging equipment will be deployed in August to begin deepening the channel.

An onshore staging area, made possible through a temporary construction easement agreement between DNREC and the South Bowers Volunteer Fire Company, will help facilitate the project.

Dredging will be carried out by Cottrell Contracting Corp. of Chesapeake, Va.