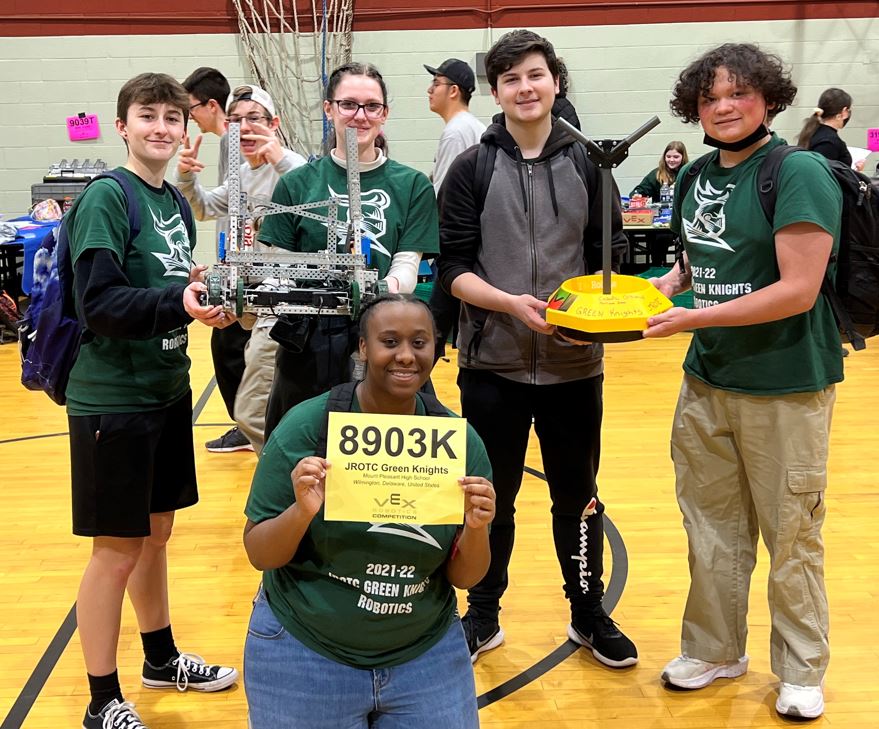 The Mount Pleasant High School Junior Reserves Officer Training Corps checked off a lot of wins before earning a berth in a world robotics championship.

The team’s next stop is Dallas, Texas, this week to compete in the VEX Robotics World Championship, where they will use their machine named Viper in a “capture-the-flag” tournament.

The team, overseen by Senior Army Instructor Ivan Montanez, qualified for the world championships in both the high-school and JROTC categories.

They belong to the United States Army’s fourth brigade, along with 300-plus other robotic programs, and they are the only team that qualified for both categories.

The team credits its road to the championship to dedication that increased as the project went on.

Martiana Olsen, a junior, said the robotics team started out meeting only on Wednesdays, but as the team members became increasingly invested in their creation, they started meeting after school on Mondays as well as texting and calling outside meetings to discuss Viper.

The team believes working together on robotics has helped them in their JROTC training, too.

“We’ve realized this has really helped our communication skills,” said junior Cadentz Orbanus. “When it comes to our battalion, we can effectively communicate what we need with them, how we want to run things, what we would like to see – and even just in class if you’re leading a class or presentation, these skills help.”

“I’m most proud of the relationships they have developed with each other, a bond that will last way after these competitions and their high school years,” said Montanez.

“Camaraderie and esprit de corps of citizenship” is what the Mount Pleasant JROTC team promotes. It’s a common saying in the Army that expresses how that camaraderie makes its members like family.

“This entire team is a true representation of that,” said Montanez.

The NCAA’s March Madness tournament has nothing on the Dallas Vex Championships – more than 7,000 teams will compete this week, broken up into 64 divisions in a bracket-style competition.

VEX Robotics is a global STEM organization that uses robotics to inspire students to participate in hands-on learning while creating something with technology.

Each year, the organization publishes a new challenge, in the form of a game that requires students to create robots that will compete throughout the year.

This year, VEX created “Tipping Point,” a game played on a 12-foot-by-12-foot field with four teams broken up into two alliances, red and blue. 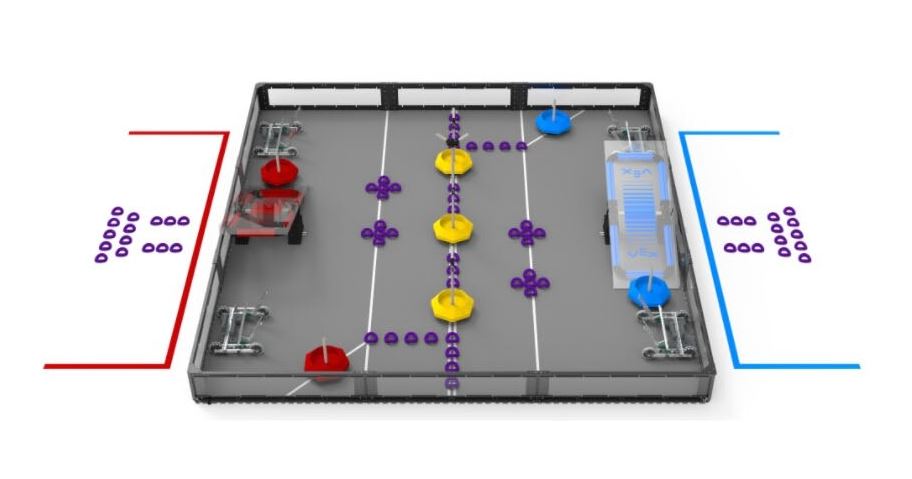 This is the Vex Robotic game board for its international competition.

The object of the game is to attain a higher score than the opposing alliance by grabbing rings, dropping them into bins and moving the bins into territory controlled by your team, called the base.

The two teams in each alliance have to coordinate first to see what their robot brings to the table. They also strategize to see how their robots can complement each other to win the game.

One person operates Viper at a time, but all the team members help strategize.

The team is constantly exposed to new robots and teammates that they have to work with, a kind of  STEM speed-dating.

“Right away, you have a buddy that you can strategize with and it’s exciting to quickly meet people and put together a game plan while keeping the strengths of each teams’ robot in mind,” said sophomore Fereydoun Stout, the only team member that had previous VEX  experience.

After playing around with designs for months, the team landed on a “forklift” type of robot that can move and elevate bins to bring to different zones. 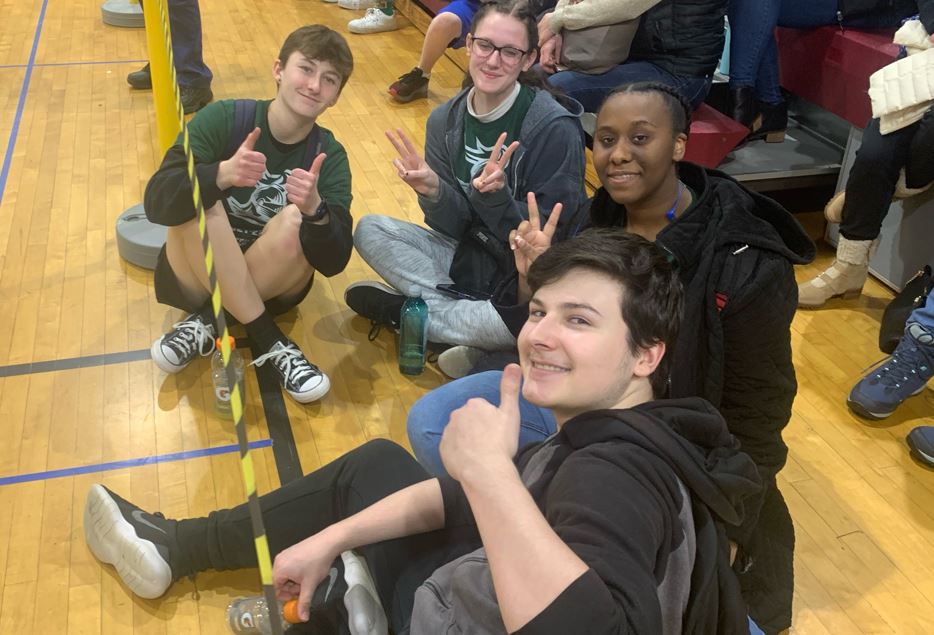 The breakfast club of team members never knew each other before embarking on their robotic endeavors.

“We’ve been able to bond and become friends and work well as a team,” said junior Alex Amores.

Orbanus said her family has been extremely supportive, but keeps asking if she plans to go into engineering now that she’s proven her STEM abilities on a global scale. It’s not her top priority, she said.

Her grandfather is her biggest supporter.

“My grandfather has cancer and we aren’t sure how much time he has left. He’s very proud of me,” she said. “He keeps making nerd jokes and asking me when I’m going to get a pair of glasses.”

Amores said the team’s accomplishment set in when he and his team were congratulated for qualifying for the world championships  during the televised morning announcements at school. Teachers and students he didn’t know came up to congratulate the team on their success.

“You really notice just how big of a deal this is,” he said.