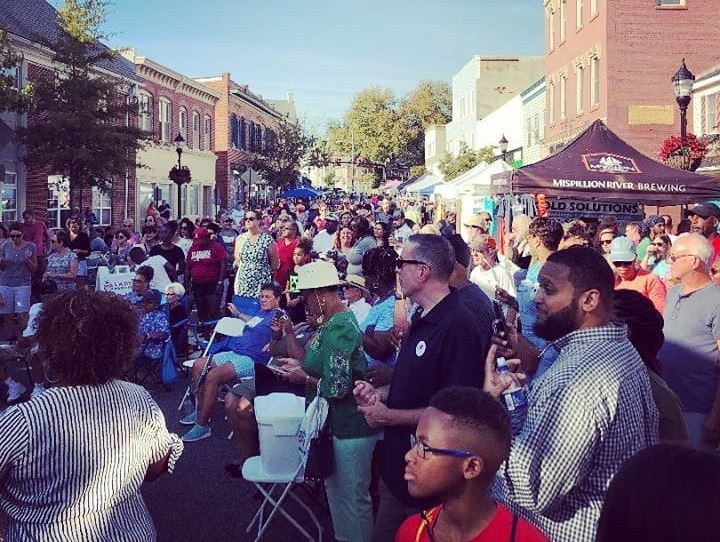 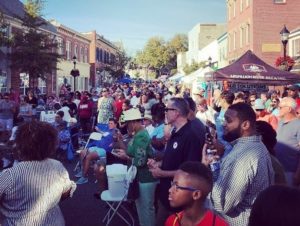 The Ladybug Music Festival drew about 5,000 people in 2019 and organizer Gayle Dillman expects this year’s version to draw even more.

After being squashed by COVID-19 the last two summers, the Ladybug Music Festival returns to Milford July 30.

It’s the second half of what is the country’s largest celebration of women in music. The first half played in Wilmington in May,

The Milford lineup is headlined by Eljuri, Lauren & the Homewreckers, Katie Barbato, Frantastic Noise and will feature 38 acts.

Another cool feature: The concert is completely free.

“The music festival scene typically doesn’t have more than 30% of the lineup made up of women,” said Gayle Dillman, CEO of Gable Music Ventures, a Delaware music business that has run the festival since 2012. “It’s crazy when you think about that because over half of the population is women, and yet, in the music scene, we’re very underrepresented.”

Ladybug Music Festival premiered in Wilmington, but the success of it led to Dillman holding a down-state version in Milford.

“When we had the opportunity to start Ladybug in Wilmington and make it about women, it became very evident to me that there was a need,” said Dillman. “There were so many artists that were behind the idea of providing equity for women within the music industry.”

Milford hosted its first Ladybug Festival in 2018 with a repeat in 2019 before the pandemic. Gable Music had hoped to hold a 2021 version, but could not find a way to keep crowds socially distanced.

Here’s who’s performing when and where: 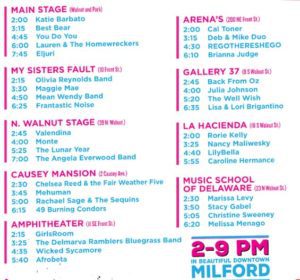 The Ladybug Festival returns to Milford July 30 after being swatted by COVID-19 the last two years.

Dillman predicts an even bigger turnout this year.

Not only are people excited to be out and about now, but the organizing group has learned a lot between the 2012 Wilmington opening and the 2018 Milford opening, Dillman added.

Communication, in every aspect, is key to event management, Dillman said.

Part of that is providing clear and accurate signage and concert schedules online and in person, as well as using social media to communicate news and information to concert-goers.

“I run every event the same way, in that our group always aims to hit the gold standard,” said Dillman.”That means whether I’m expecting 10 people or 10,000 people, we are going to have the appropriate staff and we’re going to have exceptional production and sound quality.”

Gable Music Ventures hopes to open up a third or fourth venue, and eventually wants to bring Ladybug to cities across the country, Dillman said.

“We hope everybody comes out and enjoys the show and makes new friends, and that the artists gain new fans,” she said. “We want people to rediscover Milford and have them want to come back here because they think it’s a cool place.”

For more info about the Ladybug Music Festival, click here.