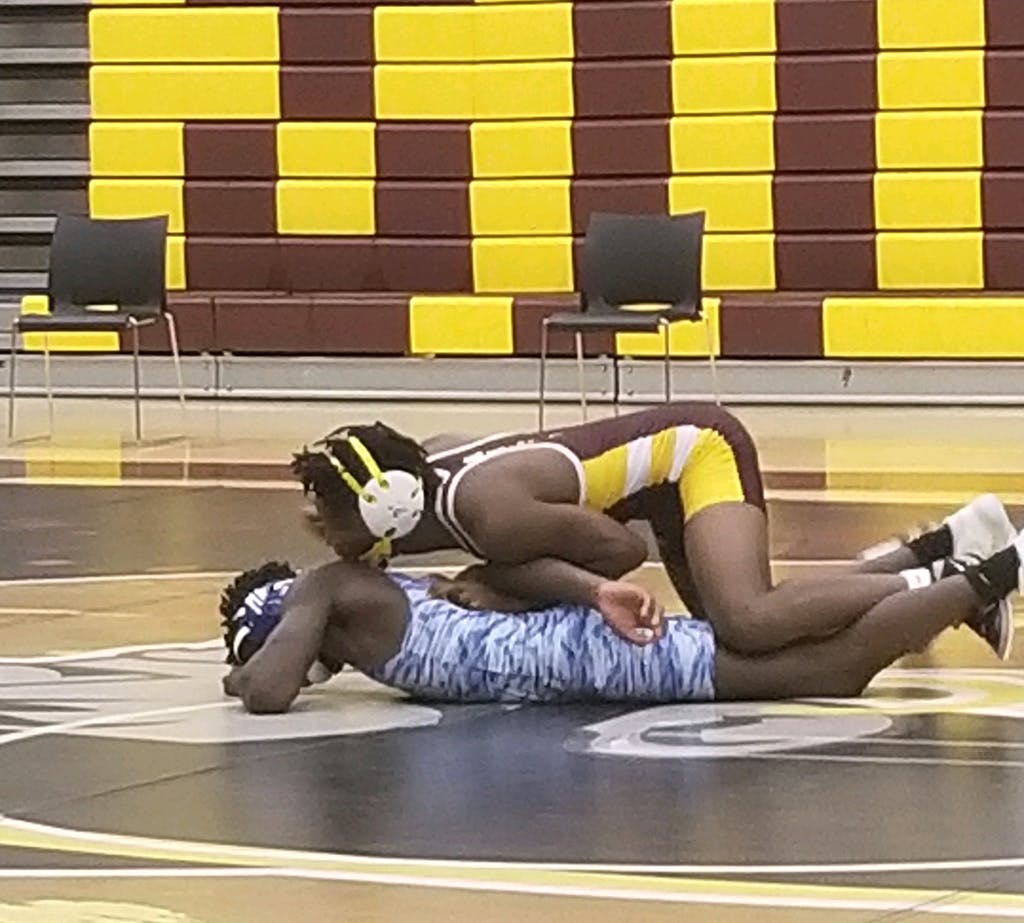 The sport of wrestling was the last sport to complete a full season in 2020, capping off the season with the individual state championships held Feb. 29, 2020.

While many didn’t see a path to high school wrestling competition in 2021 with Covid-19 still paralyzing the nation, the DIAA developed a plan to get the wrestlers back to competition.

That happened Monday night when Milford hosted Woodbridge in the season opener for both teams.

“I know that for us our kids are super excited. They have been working hard. Even though there was the possibility of it not happening, we are just glad to be here tonight and able to get on the mat,” said new Woodbridge head coach Eston Ennis.

Both teams were state finalists last year with Milford finishing second to Smyrna in Division I and Woodbridge falling to Caravel Academy in Division II.

Head coach Don Parsley said he was excited about the win and to get the season going. The team had been practicing, he said.

The Blue Raiders struck first in the dual when Duane Cook won a 10-4 decision over Emily Thode at 106 pounds.

The Bucs evened the match at 3-3 as Trevor Copes won an 8-2 decision over Kyle Davis at 113 pounds. The eighth grader Copes’ win was considered an upset as Davis spent most of last season ranked in the top 6 in the state before suffering a season ending knee injury.

“I was nervous before the match, but once I stepped on the mat I felt better,” said Copes. “He was really big up top so I didn’t go up top with him or tie up with him for him to slow me down, so I just went low ankle and finished there so I feel comfortable.”

Parsley said Copes’ win was a big key to the night.

“I mean honestly I think we got a takedown right at the end of the first period that really set the tone, then he rode him the whole second period,”Parsley said.

Copes’ win began a stretch of nine straight for Milford as senior Corey Messick followed with a 34-second pin.

Jack Thode (126) and Trent Grant (132) both received forfeits before Aaron Briscoe won a 6-3 decision over Johnathon Webb at 138 pounds.

O’Hara is a junior who finished third last year at 138 pounds. Parsley said he liked O’Hara’s aggressiveness in the match.

“Tim was outstanding and honestly this whole mess that we are in with the Covid environment and what we have been able to do is put that aside and take care of business day to day in practice,” Parsley said.

Milford’s Rafael Mejia received a forfeit at 195 pounds sandwiched between two Woodbridge pins by Cole Gibbs at 182 pounds and Jeremiah Thompson ending the night at 220 pounds.

The Bucs took the season opener 54-15 and will travel to Sussex Tech Wednesday night and then Sussex Central on Saturday morning. (The South Center match will be livestreamed on Delaware Live Sports). Woodbridge will travel to Lake Forest on Wednesday.