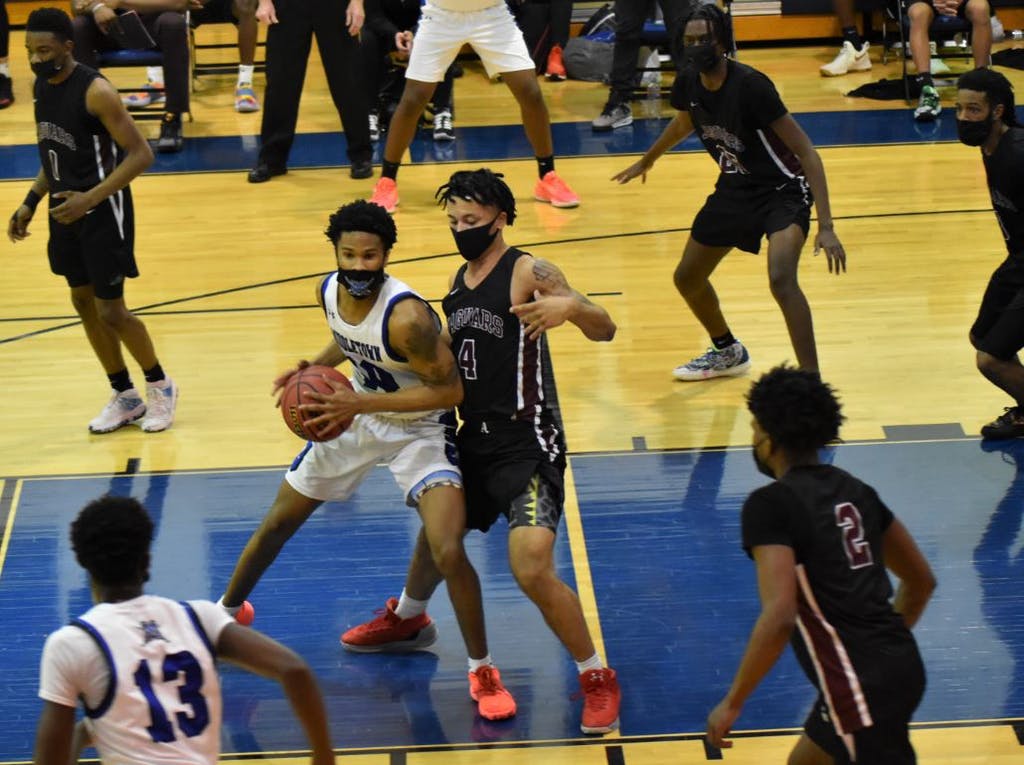 Middletown senior Kameron Roberts has a whole bunch of Jags between him and the net.

Coming into this big rivalry matchup the Jaguars had won seven in a row and the Cavaliers four in a row.

These two teams met back in late January with the Jaguars earning a tough 50-46 victory over Middletown and outscoring the Cavaliers in both the third and fourth quarters. On Tuesday night the Jaguars were able to do the same thing but this time it wouldn’t be enough to overcome the hot start from the Cavaliers.

The January loss seemed fresh in the Middletown player minds as they came out out of the gate with exceptional energy. The Cavaliers jumped out to an early lead and kept a double-digit lead into the half with a score of 35-24.

The entire Middletown roster seemed to pitch in during the victory but the Cavaliers were led by Sophomore Ty’renne Hynson and Senior Kam Roberts who finished with 15 and 13 points. They seemed to hit shots when they needed to and were able to halt the late-game heroics by the Jaguars.

The Jaguars were led by Senior Lorenzo carrier, who battled foul trouble early and still finished with 16 points. Demetrius Lyn-Brown added 11 of his own in the loss.