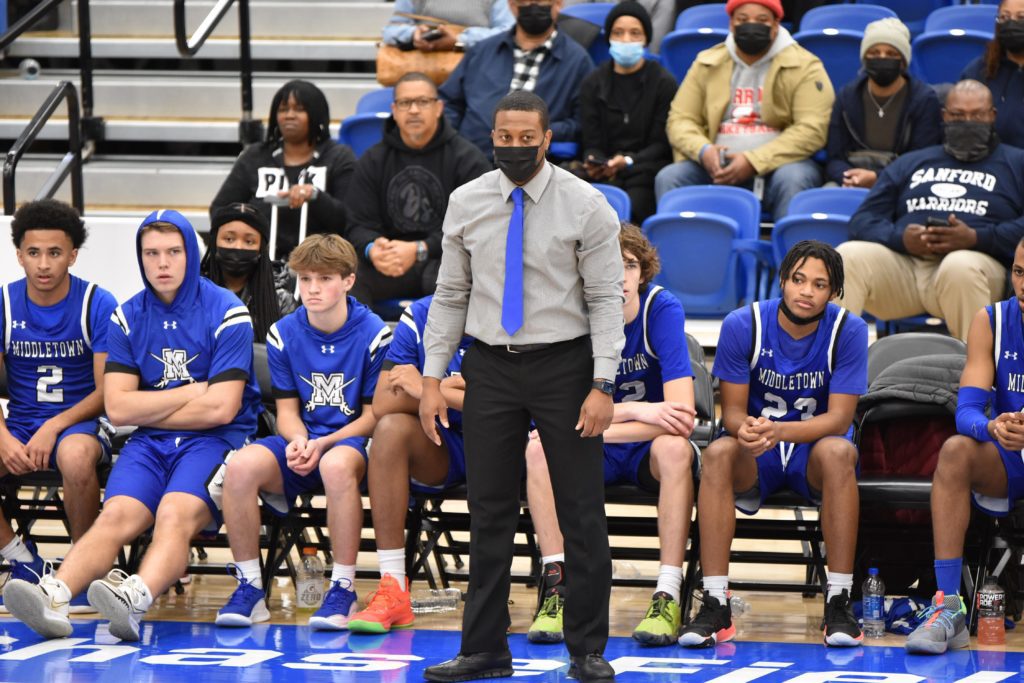 The Middletown Cavaliers used a 12-0 run in the 1st quarter to lead 19-8 and never looked back in a boys basketball win Thursday night at Newark High School.

The Yellowjackets were down 25-12 midway through the 2nd quarter before slicing the Cavs lead to single digits at 25-16 with 2:45 left, but Middletown would push the advantage to 32-19 at the half on baskets by Jaden Rogers, Evan Sparks and Christion Simms. Newark would never get closer than 15 points in the final half of the game as the Cavs outscored the ‘Jackets 38-16 in that stretch. Coach Azeez Ali emptied his bench in the 4th quarter with 11 players making offensive contributions. Amir Cunningham led the Cavs with 9 points. Four of his teammates added 8 points each (Simms, Jaiden McGhee, Ty Hynson and Jehiah Eldridge).

Nine players scored for Newark led by Marquis Warren & William Ferguson with 7 each.

The ‘Jackets fall to 3-6 on the season, while Middletown has now won 4 straight since dropping two close games early in the season to #2 Dover and #4 Howard. The Cavs will prepare to host the #1 team in the state (Seaford) on Saturday with a 1:00 tip. The crowd will be limited to 4 fans per player and must wear masks at all times. The game will be streamed live via YouTube on Delaware Live – powered by 302 Sports.