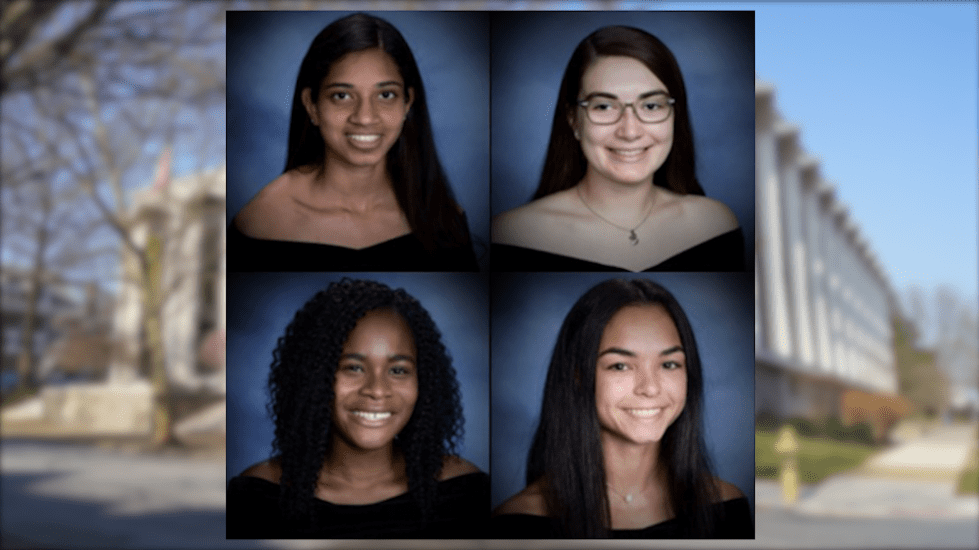 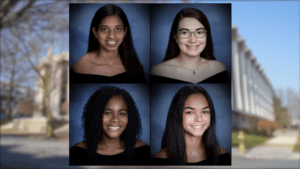 For the first time in school history, Padua Academy will honor not two, not three, but four valedictorians to top their class of 2022.

The young women all say that the honor reflects the sisterhood of Padua, which is an all-girls Catholic school in Wilmington.

The valedictorians say it resulted in an environment that helped boost each girl to succeed, even when they spent their junior year in COVID-19 lockdown.

“A lot of my friends go to schools where it’s just super competitive and everyone keeps to themselves,” Dole said. “But at Padua, you really get that sense that we’re all working hard, but we’re also working together.”

She draws inspiration from her classmates. “There’s something that I can learn from everyone,” she said, “and so I try to learn the qualities that they have and sort of carry them out in my own life.”

All of them got great grades, were active in sports, charities, campus ministry and school clubs.

“The GPAs were all so super close and this amazing group of girls represent every facet of academics, sports, activities and more,” said Jen Bell, communications coordinator at Padua.

To choose its valedictorians, Padua measures “quality points,” which takes into account a student’s GPA and the number of credits they’ve earned. Extracurricular activity and service work do not count, but all four valedictorians had plenty.

Asked about pressure to top the rankings, she said jokingly, “For years, I always knew these three girls would be my competition.”

Dole is on her way to the midwest, where she will attend Northwestern University with plans to study psychology and applied mathematics, a goal she’s had since summer 2021.

She said the real work in high school came her junior year when she had to double-down on AP classes and college applications during the lockdown. 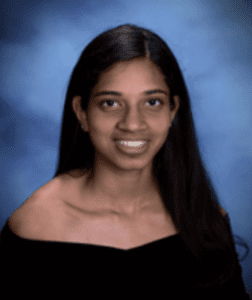 “Since then, senior year has been pretty chill,” she said.

In addition to her Padua classes, she pursued college-level research to help program robots that aid children with developmental delays, which was funded by the National Science Foundation.

Dole also assisted a postdoctoral student at Cambridge University with a project on children’s false memories.

For the last two years, she has also been a member of Padua’s cross country team, and winter and spring track teams.

Her favorite teacher is her Spanish teacher, Señora Jennifer Vintigni, because of her positive and optimistic attitude, as well as her commitment to help struggling students.

Active in Padua’s music ministry program, Arundhati also served on Padua’s Blue-Gold Board and is an ambassador to the Delaware Foundation Reaching Citizens Blue Gold Program, which works to raise funds and awareness to benefit individuals with intellectual disabilities.

Dole said that while having four valedictorians is unusual, it highlights the collective success and hard work of Padua students.

During the COVID-19 lockdown, Arundhati worked to raise money for the Choir School of Delaware, a school that provides academic tutoring and music lessons to students with limited resources.

She raised the fund by virtually playing song requests on the piano in exchange for donations to the school.

Figuring out how to play current pop songs is a hobby that helped her get through the mundane of the pandemic.

Dole has no dream job in mind. She really likes math, cognitive science and psychology.

“My dream job would involve a balance of all those subjects,” she said.

Dorsey will head south this fall to the University of Virginia, where she plans to study kinesiology and continue her cross country career.

Virginia was a destination that just recently came upon her radar. 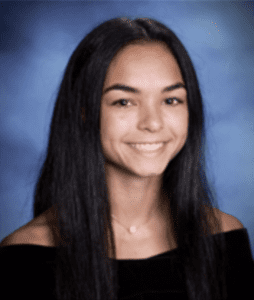 Like Dole, Dorsey considers her junior year the most challenging, mainly due to time management and trying to cram résumé and college application boosters into a 24-hour day.

“It shows the unity between us and it’s not cut-throat or competitive,” she said. “Our environment is helping each other to succeed together.”

She’ll miss that, even more than the “amazing faculty and staff.”

“We’ve built our trademark of sisterhood around each other and it’s really cool to just see us all lift each other up and support each other in all the different areas of our school like athletics, academics, theater,” Dorsey said. “We all go to everything and we all have a lot of school spirit, which I think is very unique to us.”

Her inspiration to succeed comes from her grandmother, who immigrated to the U.S. from Ireland at 19 with no family, and her dad, who started his own business and encourages her to get outside of her comfort zone and grow.

Dorsey was a student council executive officer, a Blue-Gold board member, a member of the Padua Academy TV staff, and an active member in their campus ministry program both as a facilitator of worship and as an encounter leader.

She also doesn’t have a specific career in mind. Her dream job would be something that is dynamic and active that incorporates more than one topic.

“I love math and science, but I’m also into art and marketing,” she said.

She finds it impossible to pick a favorite teacher.

“I’ve gotten so lucky that I’ve liked almost every teacher that I’ve had here, and I think that’s cool that they’re all trying so hard to give us the resources to succeed,” she said.

On a nice, sunny day, Dorsey can be found on the trails of Brandywine Creek Park – one of her favorite places on earth. There, she can bike and run with friends and family and escape her stresses.

For now, she’s leaning towards becoming a Blue Devil. 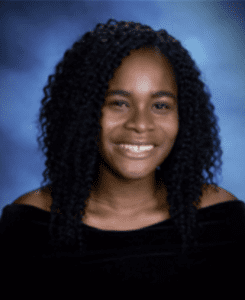 “Duke has always been a top-five school for me,” she said.

She wants to be a doctor, but more importantly, a specific kind of doctor.

“I want to travel and do service work in underdeveloped cities and poor countries, especially with children,” she said.

Ediae is an all-conference basketball star at Padua. She’s also the president of the school’s Health, Occupational Students in America club, a student ambassador to give tours to prospective families, a volunteer in the Blue-Gold Club, and a frequent competitor in various math and science competitions like MathWorks.

And, to no one’s surprise, junior year was also Ediae’s hardest year.

She said the hardest part of last year was taking rigorous courses at home through a screen, without being able to get the same one-on-one help from teachers and peers.

Even so, she said the challenges of taking AP classes from her bedroom helped make her senior year feel like a breeze.

She had other help getting through the lockdown.

“My parents, family, and faith intersect to motivate me every day,” she said. “Since I was young, they push me to believe that I can do anything that I want. That drives me because it weeds out any fear of trying new things or trying things that may be difficult.”

Ediae said there was no animosity or unhealthy competition to grab the title of valedictorian.

“We all learn to just focus on ourselves at one point and just keep going with how we’re doing rather than comparing ourselves to each other,” she said.

Her favorite part of Padua was their flexibility with career paths.

“They make you feel like you don’t have to stay in one place,” she said. “At Padua, you can really do anything if you put your mind to it and they encourage you to take advantage of opportunities that life brings you, wherever you are and wherever you want to go.”

The world might be her oyster, but Ediae said if she had all the money and time in the world, she’d be doing one thing: kicking back, relaxing and reading a good novel.

Come fall, Malone will pack up and head to the United States Air Force Academy to study aeronautical engineering.

With a passion for all things aviation has spanned her life, she said she’s dreamed of doing that for years.. 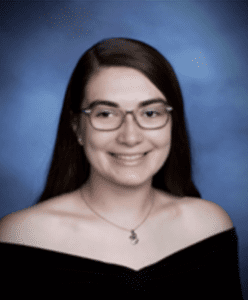 Malone has served as a volunteer at the Air Mobility Command Museum in Dover. She frequently acts as a World War II pilot to teach children about women’s crucial role in the war effort.

“Anyone who knows me obviously knows that I’m completely obsessed with aviation,” she said.

She wants to fly cargo planes for the Air Force.

“It’s kind of unlikely because of my glasses,” she said, “so if not, I do want to be a flight test engineer.”

Malone has served as one of Padua’s representatives on the Catholic Diocese of Wilmington’s Youth Leadership Team, as well as participating in activities spanning her scope of interests from dance to stage crew to cybersecurity.

She’s been an active member of the Padua Campus Ministry Team, serving as a leader of prayer and at class retreats, and she’s been a leader for the Agape Club, advocating for, and educating others, on issues like mental health, inclusivity, and acceptance.

As the two-year editor of the Padua360 online magazine, Malone leads the Multimedia Journalism class in updating the community about news in the school.

“It’s kind of funny because I’m going into STEM but this has nothing to do with STEM,” she said. “I know that I can trust him with any issues that I’m having, in the class and also with other classes.”

She gave an honorable mention to Vintigni, someone she knows will be more than just a teacher.

“I’ve been outside of class and I come into her room crying multiple times and she would listen and support me,” she said.

Her little sister motivates her to succeed and push herself every day.

“Being an older sister definitely drives me because I know that my younger sister, who’s a sophomore here, is always looking up to me and always has been – even though she won’t admit it,” she said.